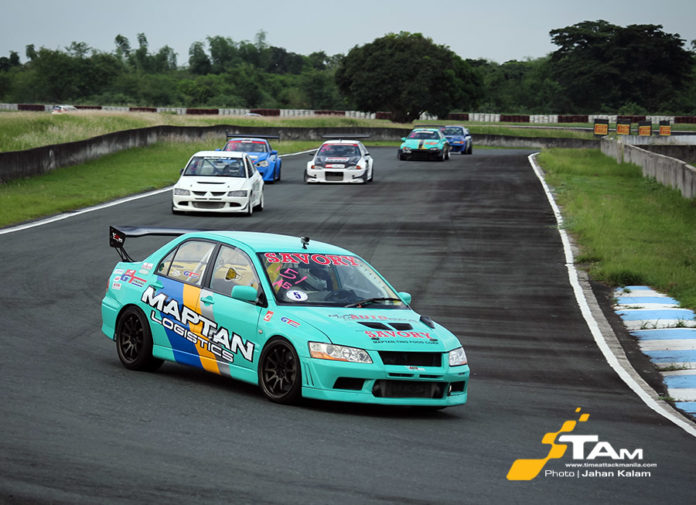 The feud between AWD and FWD resumed when the FlatOut Race Series (FORS) returned to the Batangas Racing Circuit last May 20 for Round 3 of the 2017 season.

JC Baguisa’s #696 Blanche Racing Honda Civic EG drew first blood in Brackets R and A, setting a best time of the day of 1:49.805. However, he was only 2nd best in the GT Radial Grid A race, losing out to the #151 Mitsubishi Evolution 7 of Don Don Portugal who made up for his DNF last time around.

Elsewhere, the day blessed with cool and cloudy weather was likewise packed with close on-track action, filled with overtakes and breakouts. 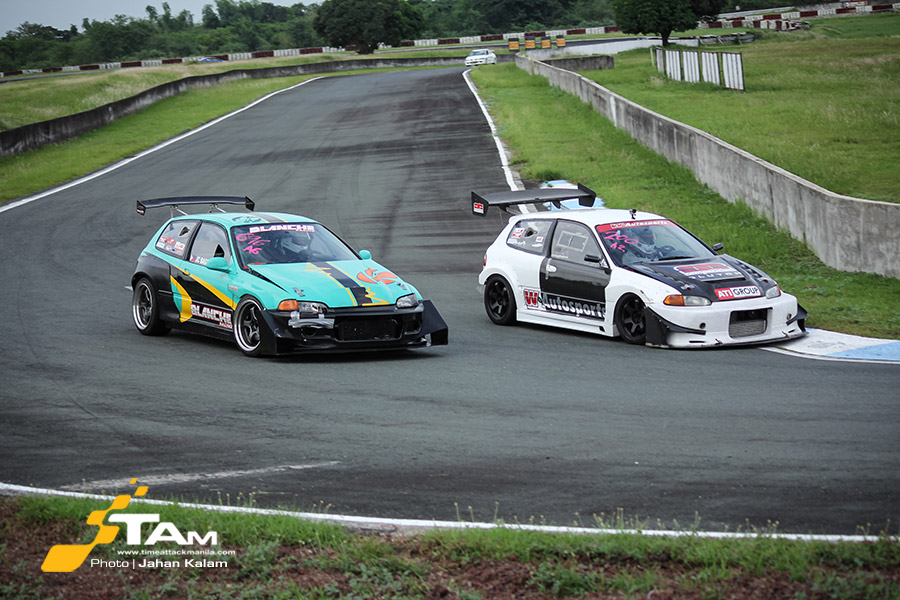 Jero Consing in the #133 Honda Civic EG recorded a near-perfect 1:56.006 lap to top the time sheets in Bracket B. Aaron Lao was again 2nd, while Zebedee Mendoza came in 3rd. Bracket C saw Paul Santos place 1st with a 1:59.517 best, followed by series newcomer Bubi Camus who took 2nd in a Mazda MX-5, and lady driver Kathy Villar in 3rd. 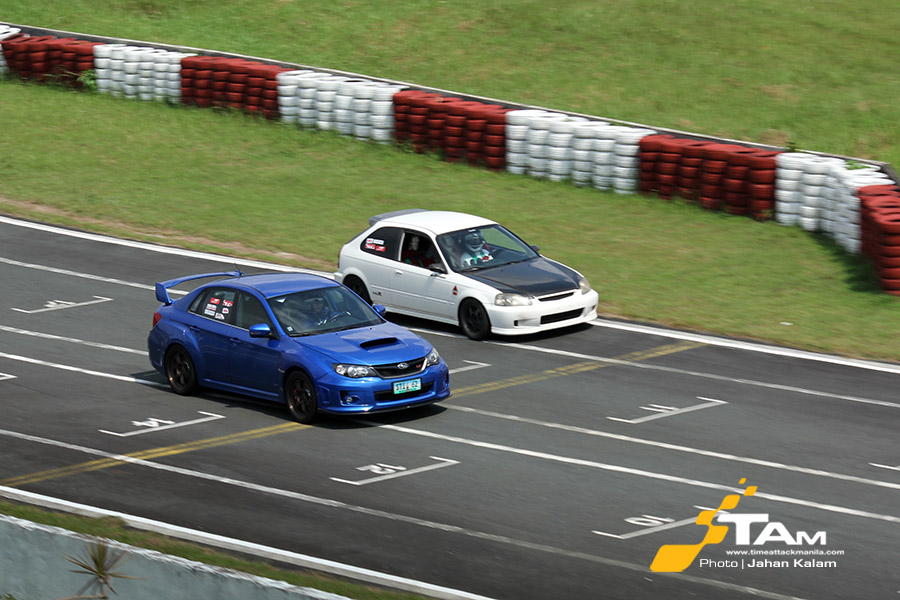 The fastest drivers in Bracket D were split by a mere 0.098 sec with Andrei Lim in the top spot, Kikong Dela Rama in 2nd, and Arbie Jacinto in 3rd. Meanwhile in Bracket E, Mark Bernardo won by a slim 0.005 sec margin over 2nd placer Mars Ocampo.

Robert Tan and Lars Alonzo traded places in Bracket D, with Lars taking 1st place this time. Robert had to settle for 2nd and Ralph Tan ended the day in 3rd place. Lastly, Francisco Blanco was 1st in Bracket G, Andre Makkina Tan in 2nd, and Greg Suing in 3rd. 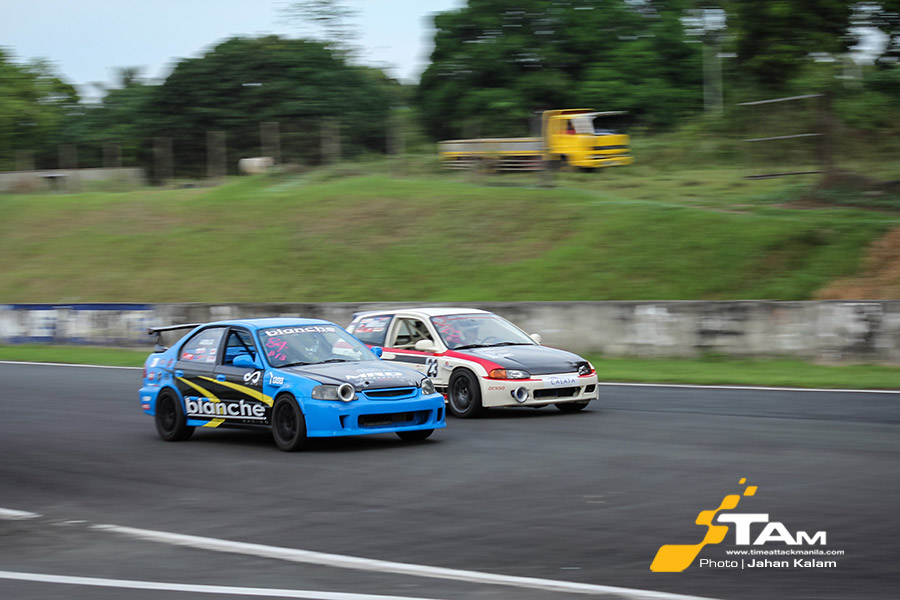 Grid Race
Taking advantage of AWD grip, Don Don Portugal vaulted to the front of the pack in the GT Radial Grid A’s start and was up to P1 at the end of the first lap. He then built a huge lead throughout the 12-lap race to win by 19.730 secs. JC Baguisa held onto 2nd place despite clashing with Eduardo Suiza, while Rafael la O’ did an outstanding job to finish 3rd in a borrowed Mitsubishi Evolution after his Honda broke down in the morning session.

Blance Racing teammates Aaron Lao and Andrew De Asis traded placed on every lap during the KYB Grid B race. The 2 would made contact, but was able to continue. Aaron took the chequered flag in 1st with Andrew trailing behind in 2nd, and Francis Roger Talan in 3rd. Paul Santos had a lonely race in SmartFuels Grid C, finishing a lap ahead of 2nd placer Arbie Jacinto. 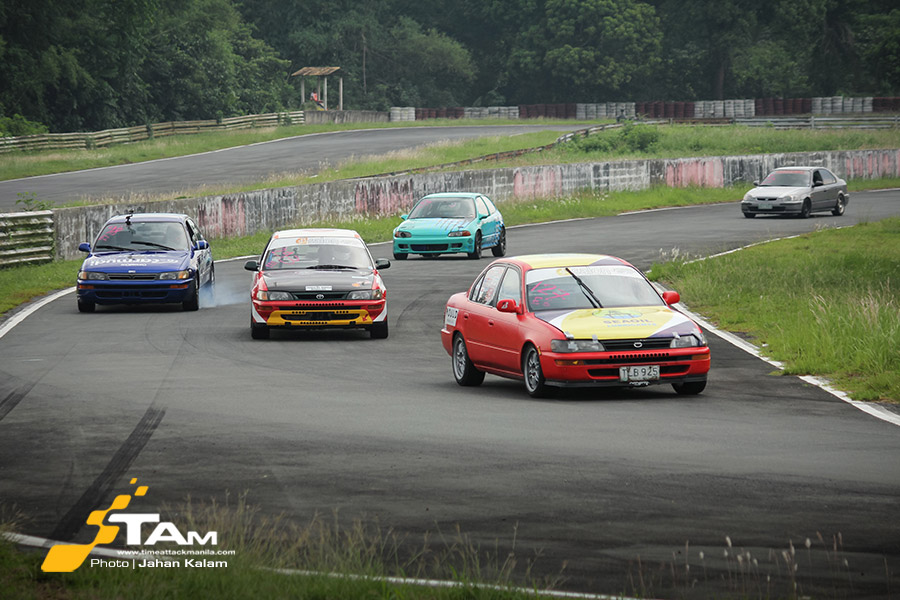 The frontrunners in the Recaro Grid D race were busy fighting for the lead, but all would incur time penalties for breaking out of their time bracket. This involved Zacharry Mendoza, Mark Edwin Bayan, Jack Saquilayan, Robbie Alvarez, and Andrei Lim who missed out on the podium. In the end, 1st place was awarded to Paolo Santos, followed by Mark Bernardo in 2nd and Ronn Catindig in 3rd.

It was a photo finish in the Works Bell Grid E race with Pathrick Bautista beating Ralph Tan to the line by a 0.073 sec lead. Taking another 3rd place finish was Lars Alonzo who ended the race a further 1.529 secs behind. 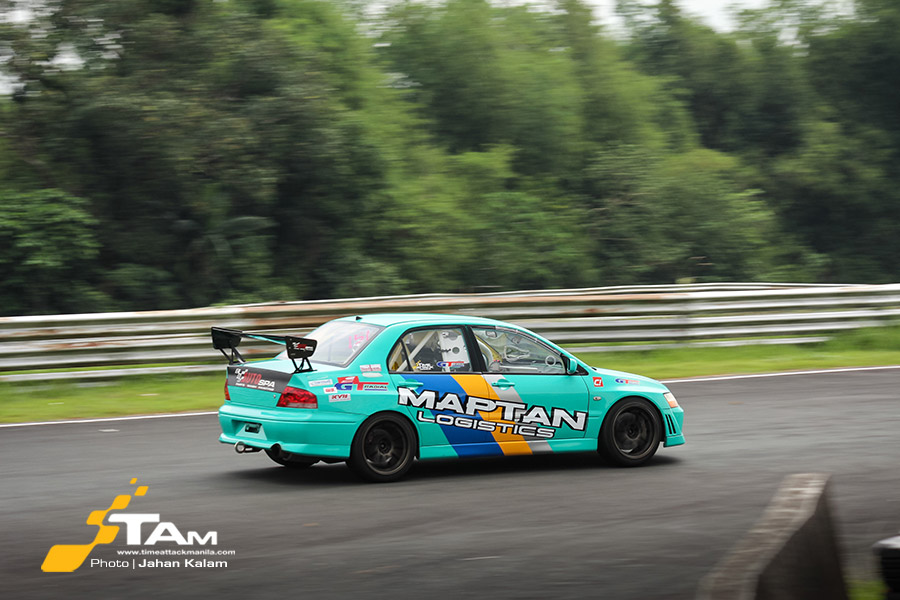 The FlatOut Race Series (FORS) will be back at the Batangas Racing Circuit on June ¾ for Round 4 and the inaugural GT Radial x 4 Oras ng Pilipinas endurance race. 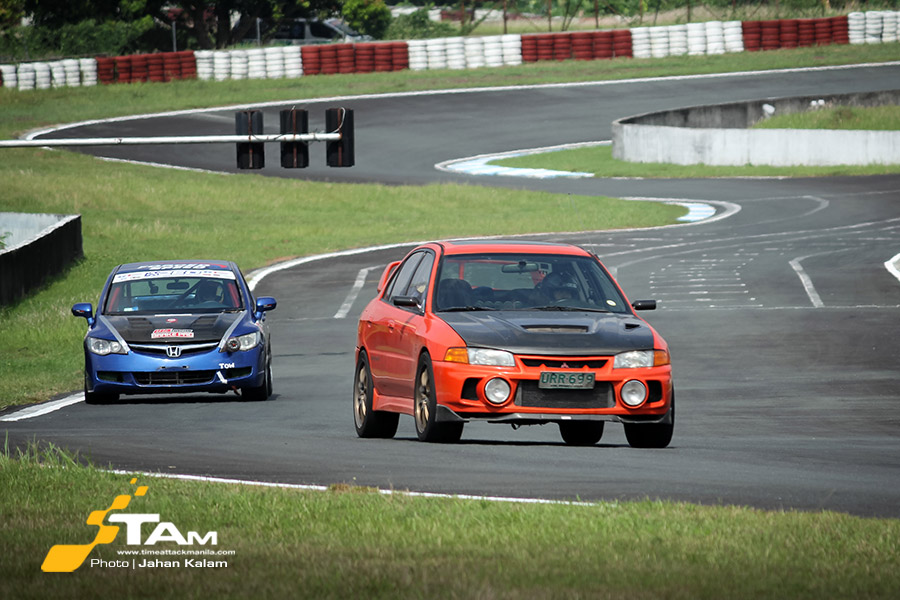 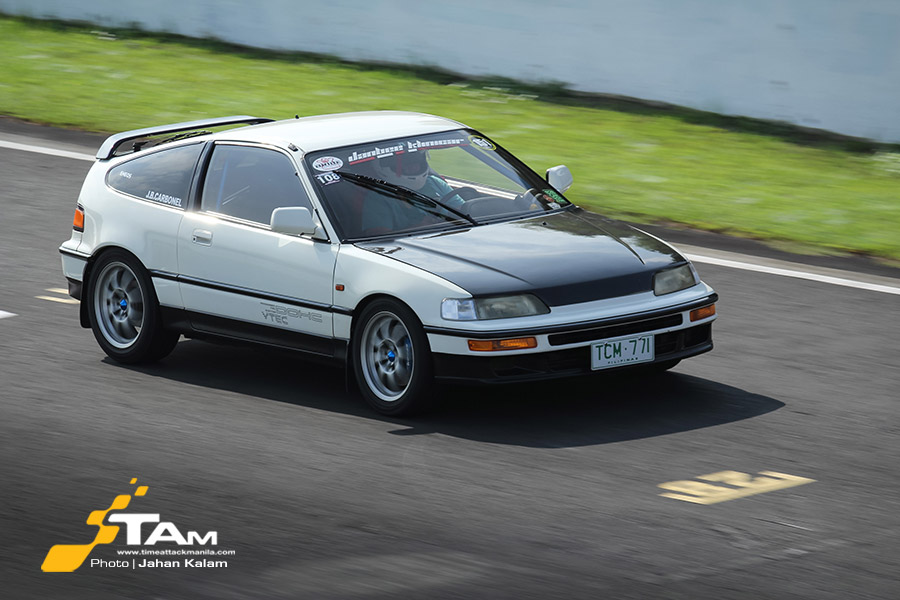 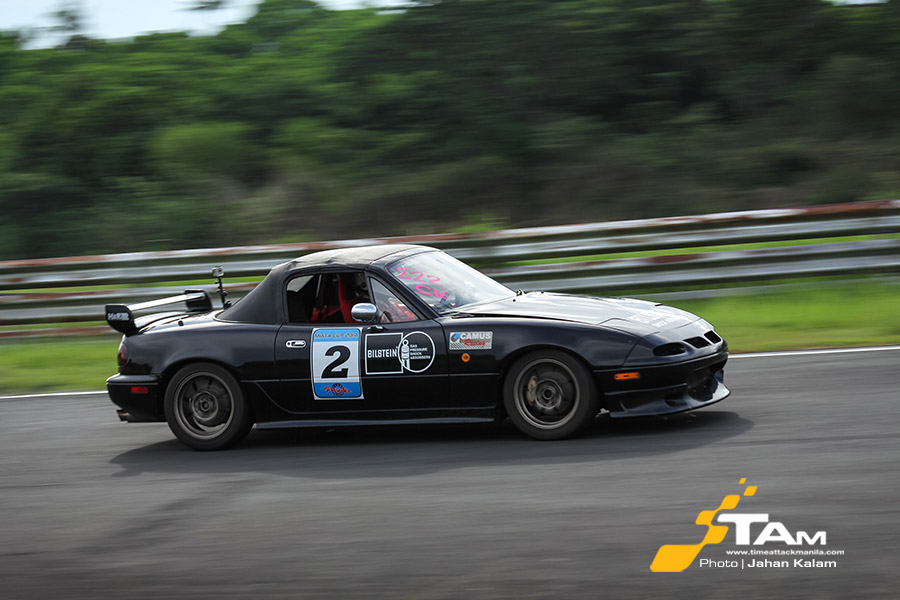 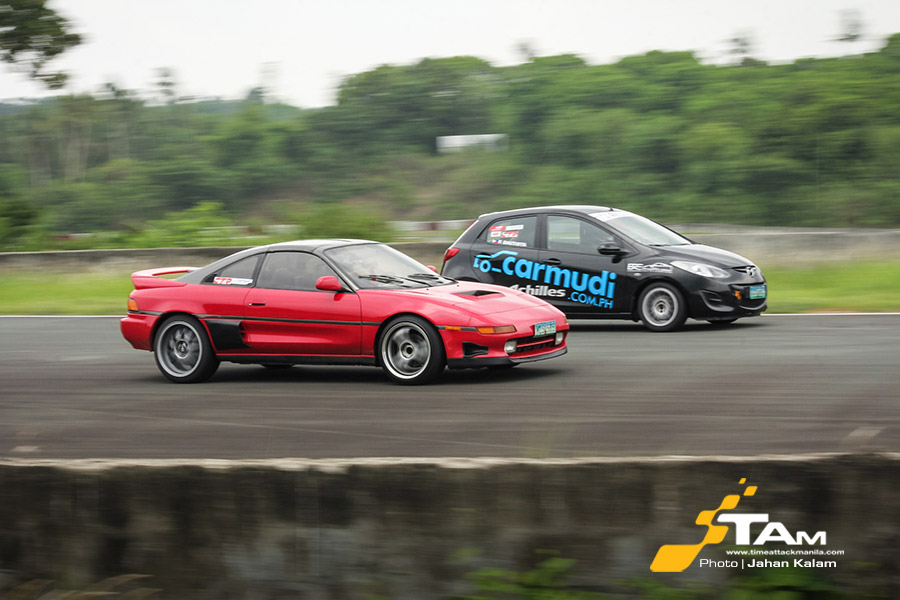 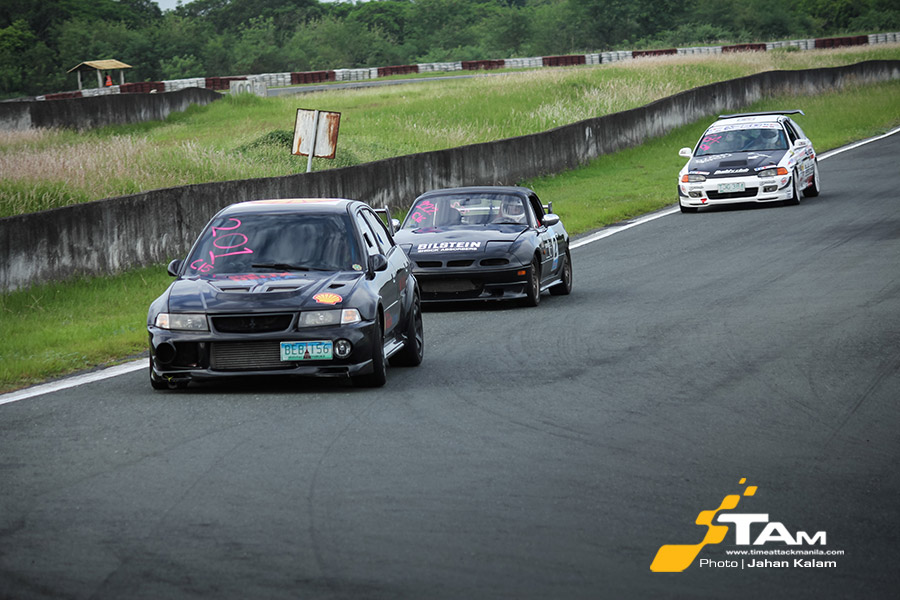