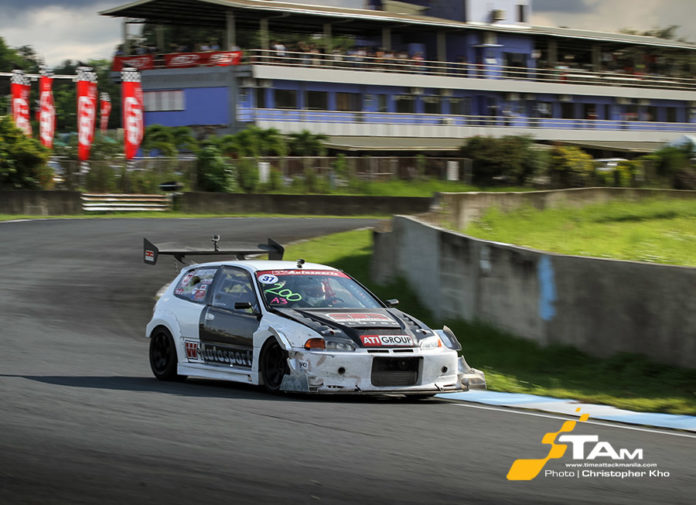 35 days. That’s how long the Batangas Racing Circuit’s (BRC) lap record stood ’til Eduardo Suiza of W-Autosport / Staging Lanes reclaimed the title during the 7th Round of the FlatOut Race Series (FORS).

The team fitted the #200 Civic EG with new Zestino Circuit 01S slicks last 9th of September. This allowed ‘Duarky’ to set a 1:42.650 lap, or 3.089 sec quicker than the previous best set by Rafael la O’. This also earned him a nice trophy by winning Bracket R.

But it wasn’t just about Duarky. FORS’ penultimate event in 2017 also awarded double points which attracted 82 entries to run after their championship in the Time Attack and Grid race. 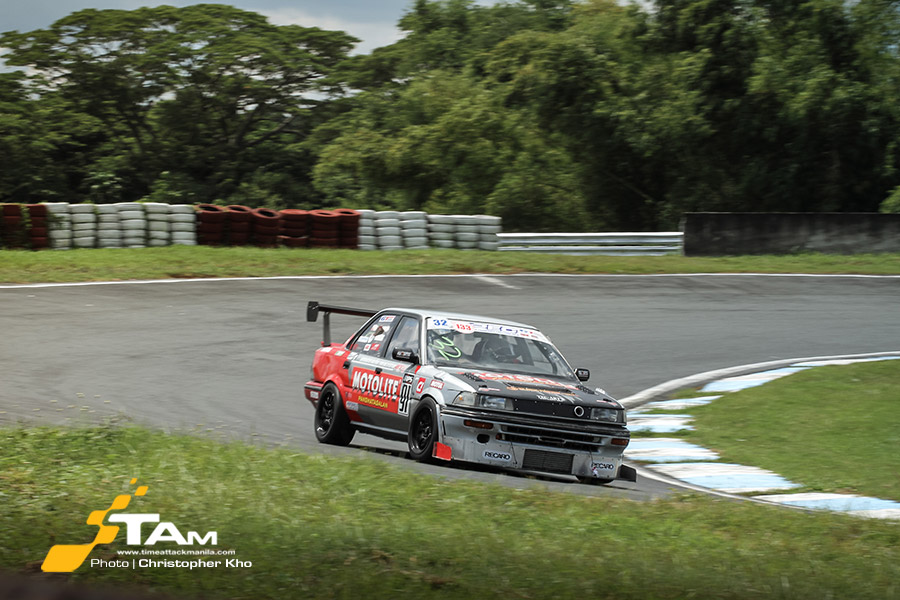 Time Attack
As for the other guys in Bracket R, Lance Binamira in the BPS Racing Toyota Corolla AE92 was once again 2nd with a 1:46.046 run, while Rafael ended up in 3rd. Rafael in the #1 Auto Magic Honda Civic EK, however, bounced back in Bracket A to claim 1st. Duarky fell to 2nd and Kikong Dela Rama scored a well-deserved 3rd place.

Now a regular on the Bracket B podium, Jero Consing set a 1:56.562 best to win. Andrew de Asis still leads the points standings with a 2nd place, while A1 Racing’s Paul Santiago bagged 3rd with a newly-built Honda Civic EG. 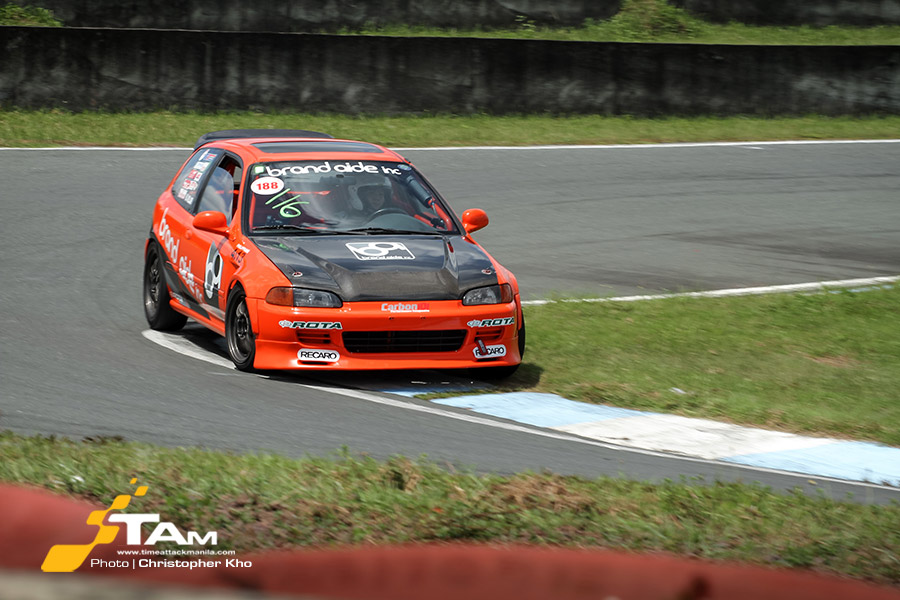 Jack Saquilayan was the fastest man in Bracket C, setting a 1:59.111 best. Paul Santos came 2nd and lady driver Kathy Villar was delighted to finish 3rd. Our buddy Ralph Tan also had a great time securing back-to-back victories in Bracket D. Next to him in the time sheets was Raymond De Pano in 2nd and AAP Motorsport Development Program (MSDP) finalist Bernard Michael Santos in 3rd. 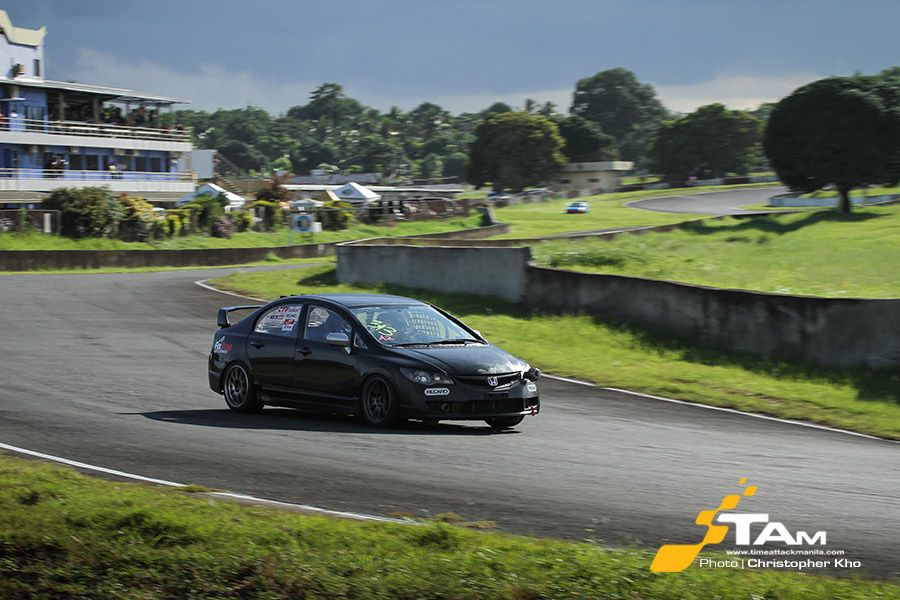 Grid Race
The quickest drivers on track, Rafael la O’ and Eduardo Suiza, were once again fighting for the top spot in the 12-lap GT Radial Grid A race. But the pair collided on the last lap while battling for the lead. Forced Speed’s Eggy Ong took advantage of their error and raced to the chequered flag in 1st. Duarky rejoined to finish 2nd while Rafael made it to the line in 3rd.

There was a lot of rubbing in KYB Grid B as 5 cars fought for the win. But Blanche Racing teammates Aaron Lao and Andrew de Asis managed to keep their duel clean with Aaron winning by a 2.108 sec margin from Andrew in 2nd. Ethanworx Racing’s Jonmark Ong ended the race a further 32.235 secs behind in 3rd.

Despite spinning out, Zacharry Mendoza held onto 1st to win the SmartFuels Grid C race. Paul Santos earned another 2nd place, while Polo Bautista was bumped down to 3rd after he was handed a penalty for breaking out. 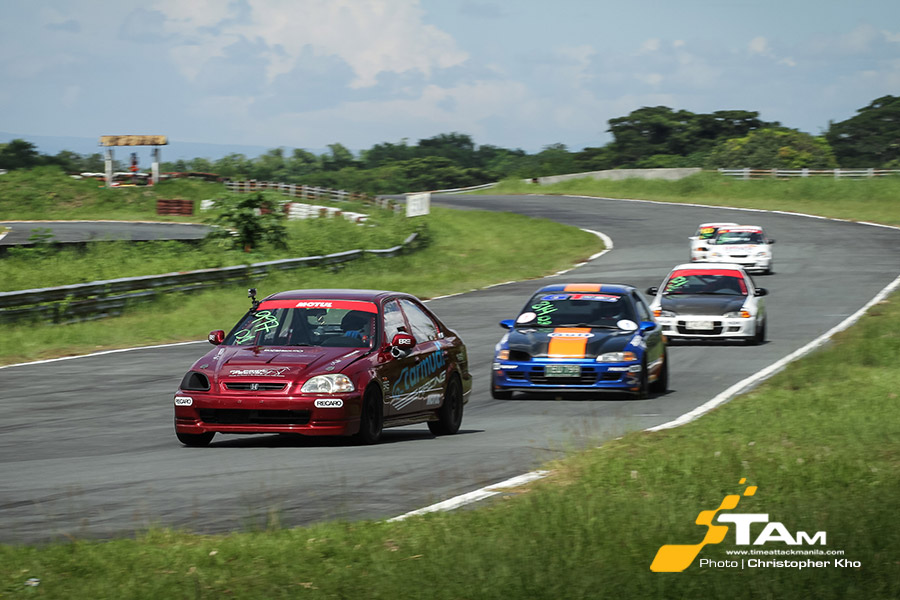 The combined Recaro Grid D and Worksbell Grid E race formed a huge 19-car field. Ronn Catindig lead the pack, defending his position against teammate Julian Diego and a determined Bernard Michael Santos. Ronn would eventually take 1st place after 10 laps of racing with Julian behind in 2nd and ‘Mike’ in 3rd.

Andre Tan had a blast dicing with the Grid D boys while leading in Grid E. Robert Tan and Steve Travers, both in a Toyota Yaris, then ended the race in 2nd and 3rd, respectively. 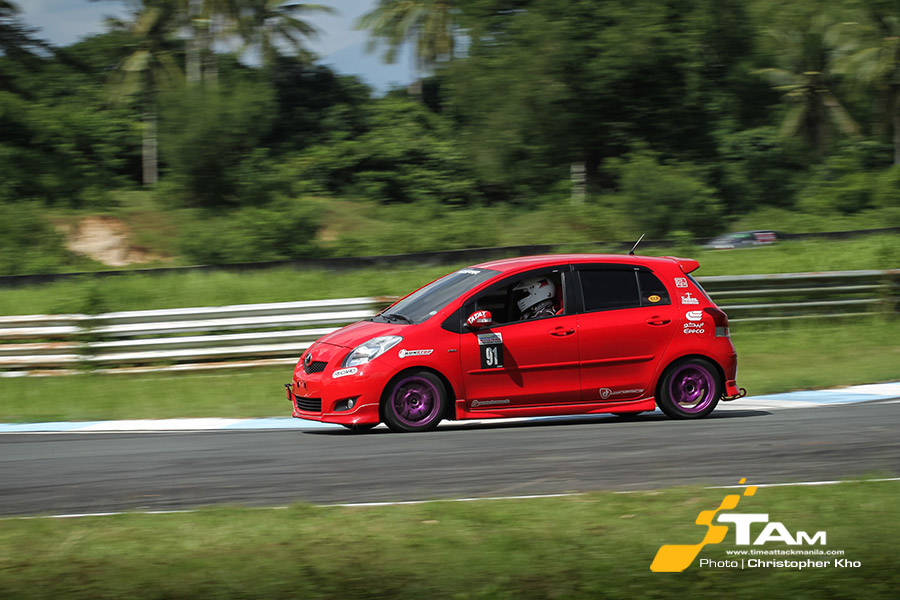 With only 1 race left in the 2017 calendar, the FlatOut Race Series now prepares for the final showdown on October 14 to be held at the Clark International Speedway (CIS). 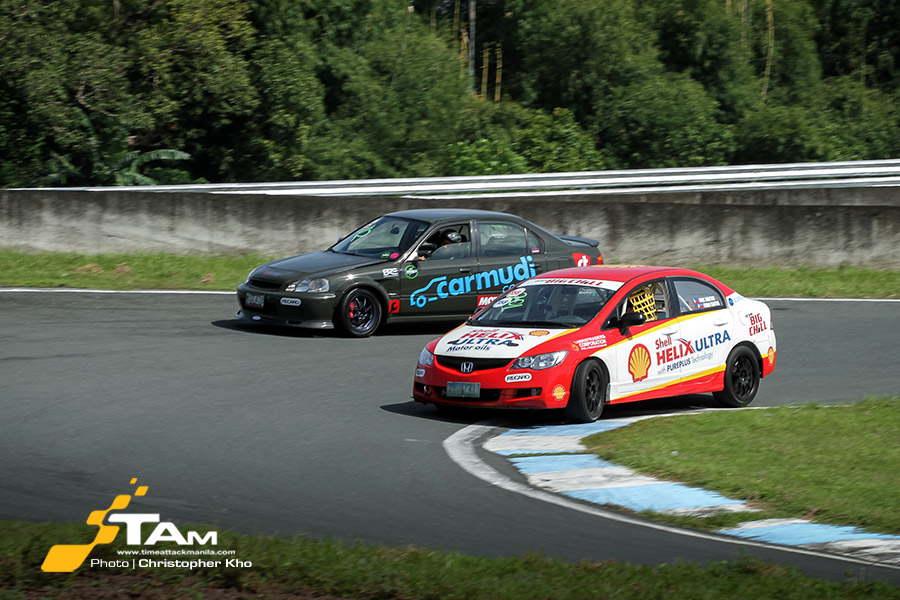 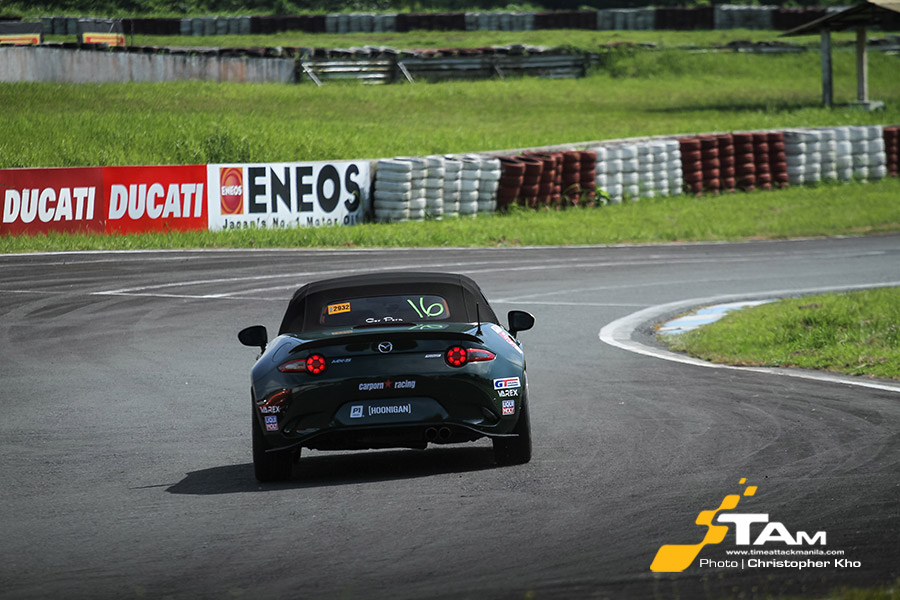 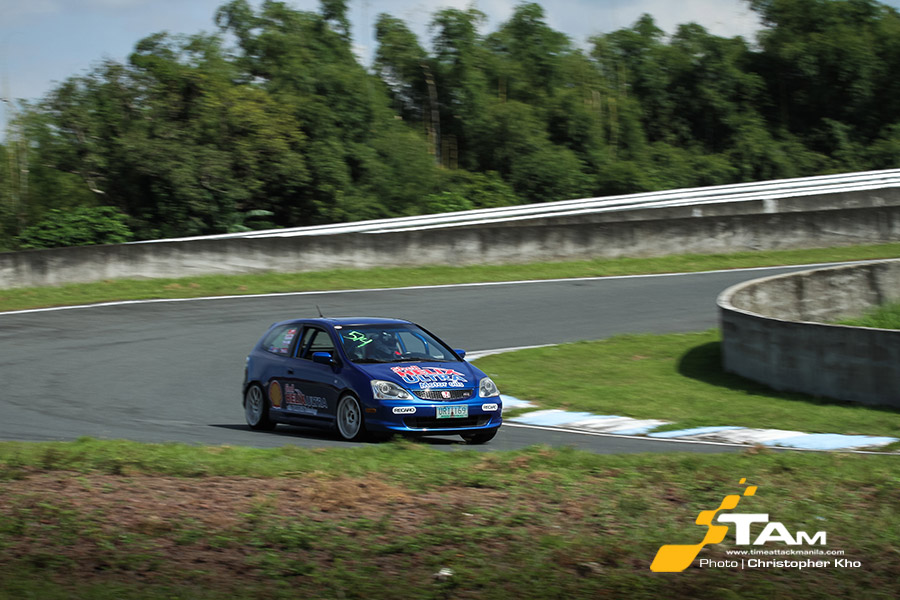 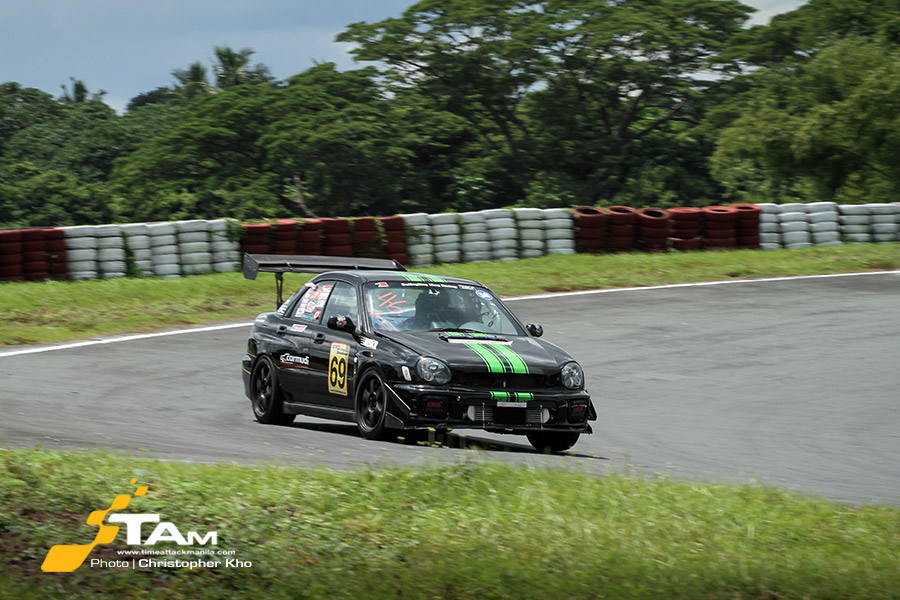 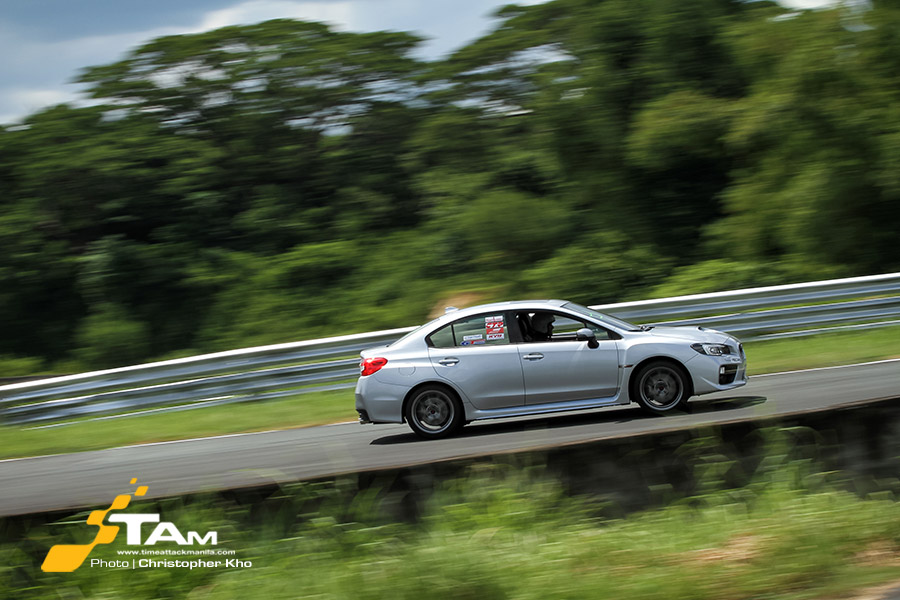 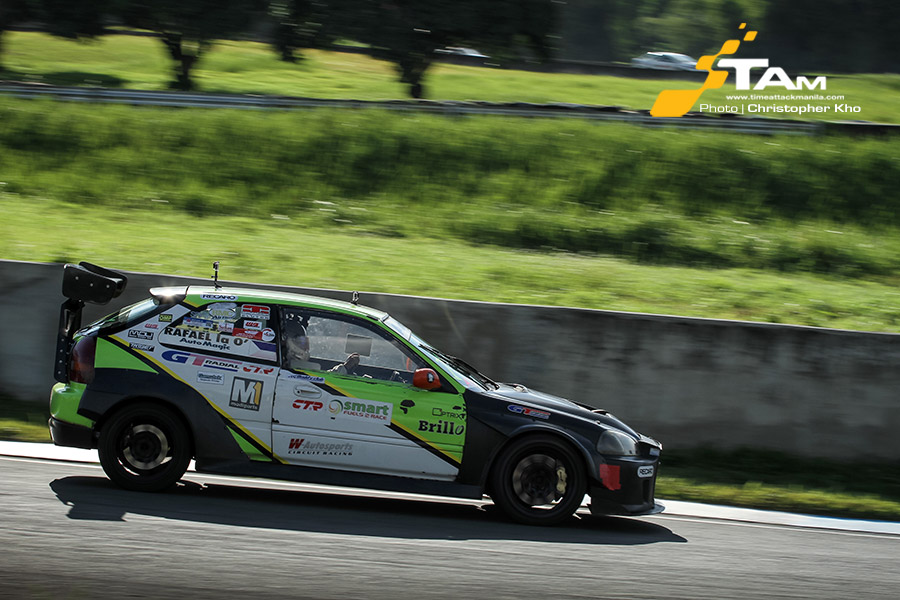