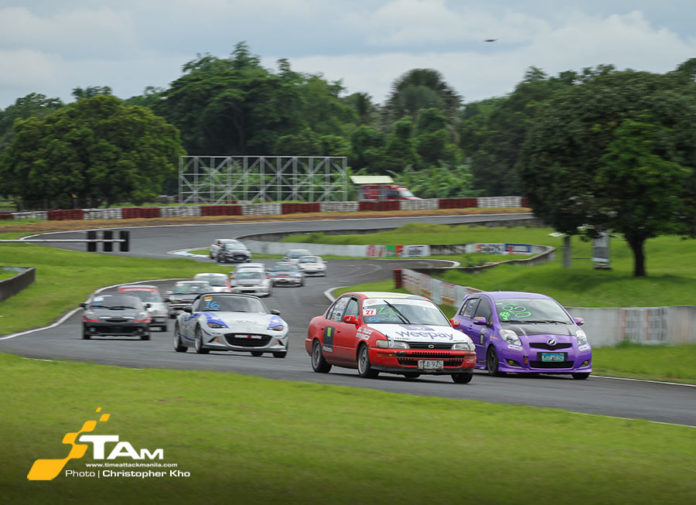 While the 2018 season draws to a close, the championship battles have only just begun during Round 5 of the Petron FlatOut Race Series (FORS). This is most evident in the Grid races where the top drivers fought hard for points at the Batangas Racing Circuit (BRC) last July 14.

The day was plagued by intermittent weather, which allowed for a lot of on-track action. Rafael la O’ and Don Don Portugal once again swept up the fastest times in Time Attack. But the real show were in the lower Grids D and E brackets, further establishing FORS as the country’s premier grassroots motorsports event. 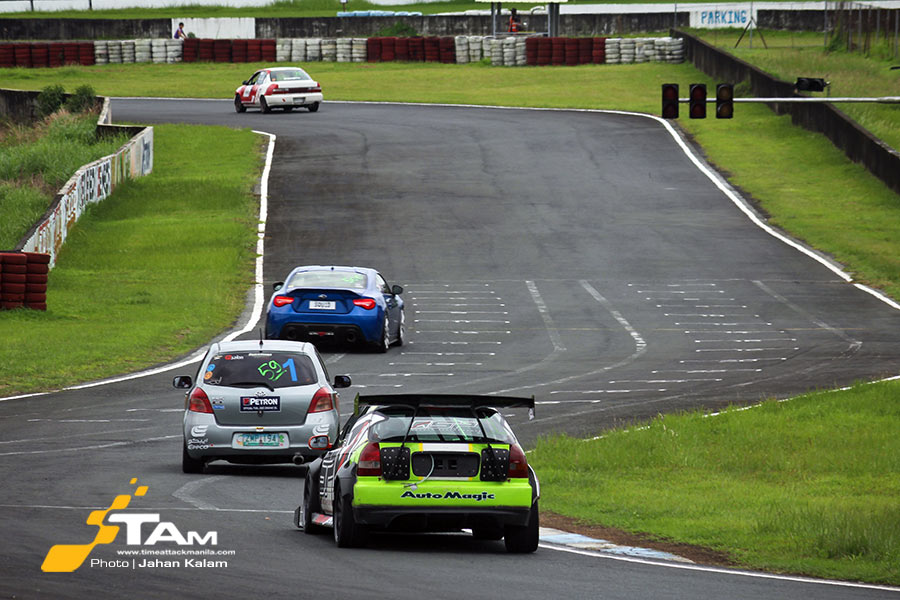 Time Attack
Running on slick tires, Don Don Portugal in the Maptan Logistics Mitsubishi Evolution 7 was able to lap the long course in 1:43.239 to take the top spot in Bracket R. Rafael la O’ in the Staunch Performance Honda Civic EK came in 2nd with his 1:44.342 lap.

But on street radials, la O’ was the faster of the 2 and took 1st place in Bracket A with a 1:47.023 time. Don Don was only 0.570 sec behind in 2nd while Eduardo Suiza in the W-Autosport / Staging Lanes Honda Civic EG came in a distant 3rd. Despite the win, la O’ only holds onto a slim 6 point lead over Duarky with 3 rounds to go. 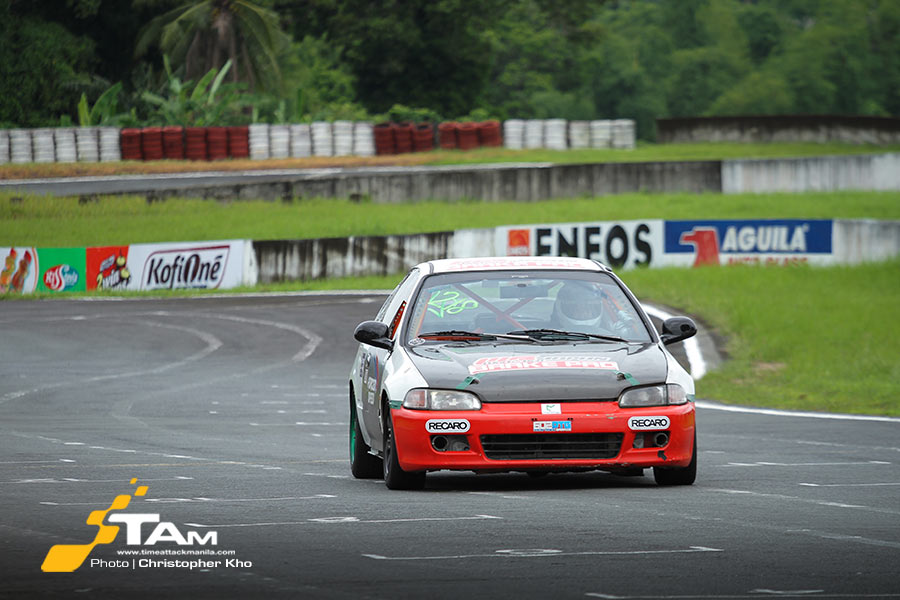 Nicolo Fernandez in the Forcedspeed Honda EG eked out a narrow victory in Bracket B over Paolo Santos in Bracket B. Bubi Camus ended up in 3rd driving a turbo-charged Mazda MX-5 NA. Paul Santos had a soft breakout in Bracket C but his next fastest time still allowed him to take 1st in class. Julian Diego was 2nd and Armand Marcaida was 3rd. 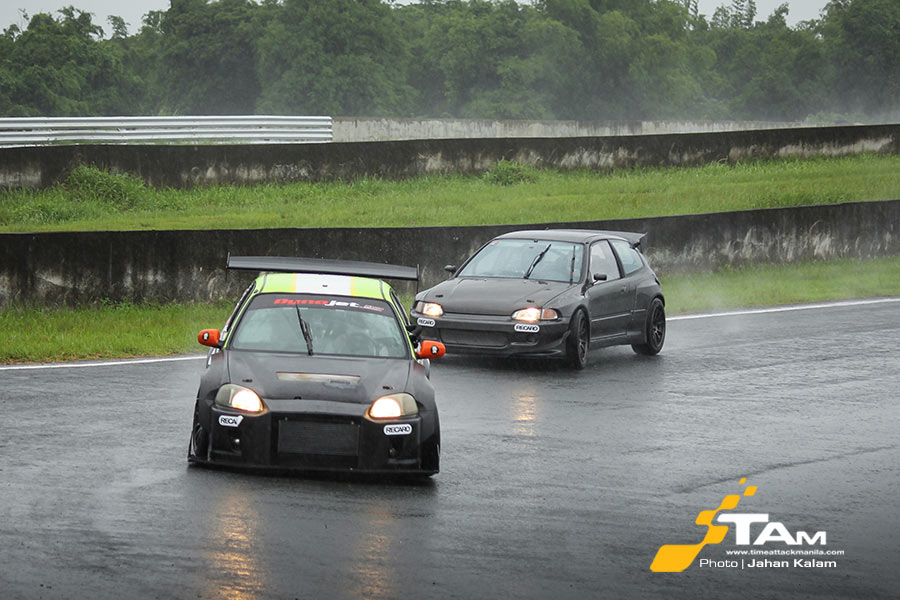 Grid Race
Sanctioned by the Automobile Association Philippines (AAP), heavy rains during the combined Grids A, B, and C race turned the 10-lap sprint into a slippery dance on tarmac. Petron Grid A was a head-to-head battle between Don Don Portugal and Rafael la O’. But a spin forced Don Don into a DNF on lap 6 and handed the win to la O’.

But it wasn’t a walk in the park as KYB Grid B driver Paul Henderson Perez hounded la O’ all the way to the chequered flag. Perez finished almost a lap ahead of Bubi Camus and Nicolo Fernandez who also had a great battle for 2nd place. An unplanned wheel change hampered Paul Santos’ race in Recaro Grid C and gave 1st place to John Benedict Carbonel in the yellow Honda Civic EK hatchback. Julian Diego and Carlos Marzo then finished 2nd and 3rd, respectively. 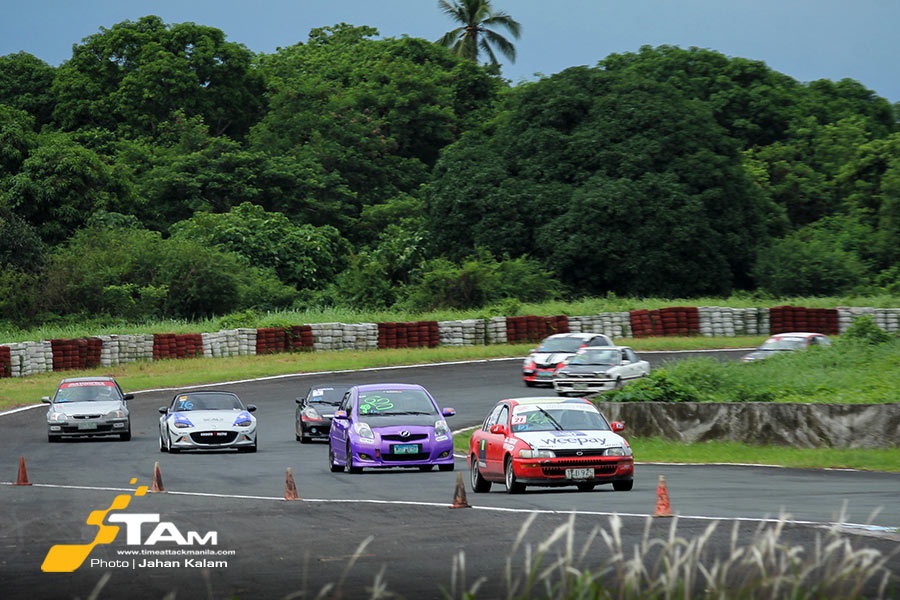 Held in dry conditions, the Staunch Performance Grid D and SmartFuels 2 Race Grid E race were packed with excitement from its 15-car field.

Errol Panganiban, Andre Tan, and Robert Tan was nose-to-tail for all 8 laps in Grid D. Although Errole looked to be in control at the lead, a late clean pass by Andre earned him the win. Robert played it safe to hold onto 3rd. Andre now leads the championship with 83 points, followed by Robert with 65, and Errol with 51.

Jeff Pobadora claimed 1st place in Grid E at the expense of Kody Ng and Mars Ocampo. Kody and Mars were the first to the finish line, but both drivers broke out of their brackets and dropped down the order due to penalties. Amiel Del Mundo still holds onto 1st in the driver standings, but Mars and Kody are very close behind. 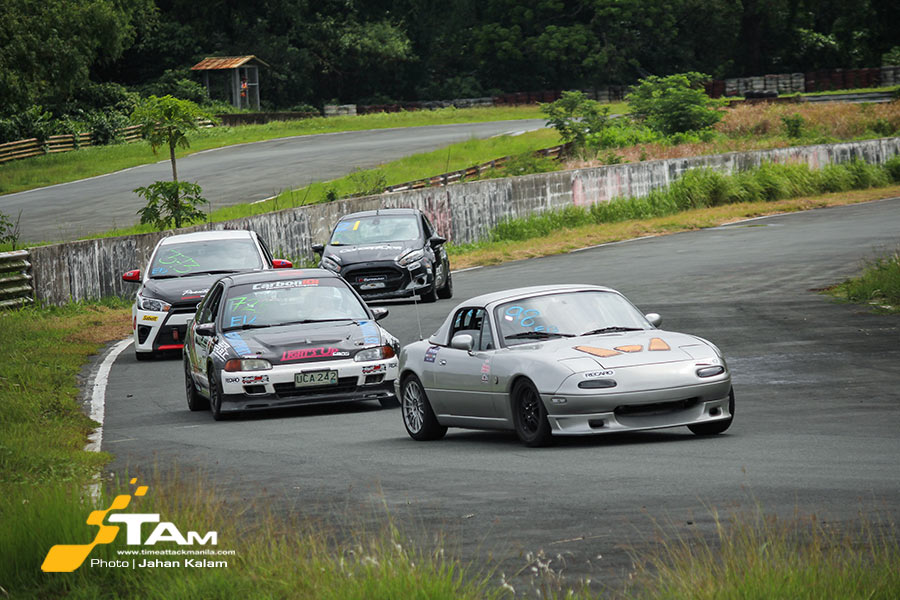 The Petron FlatOut Race Series’s next event will return to Clark International Speedway on August 11, 2018 for Round 6, run in conjunction with the Formula V1 Challenge. 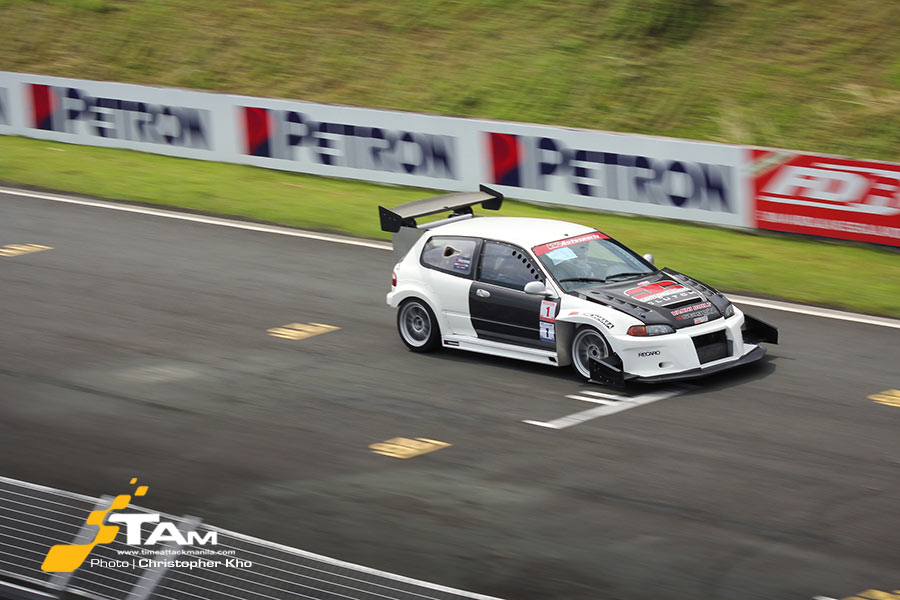 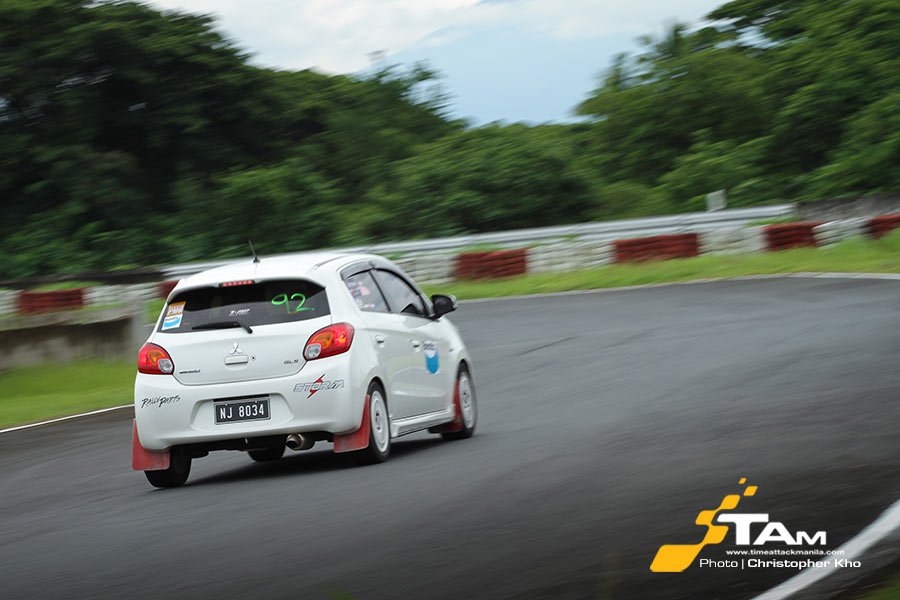 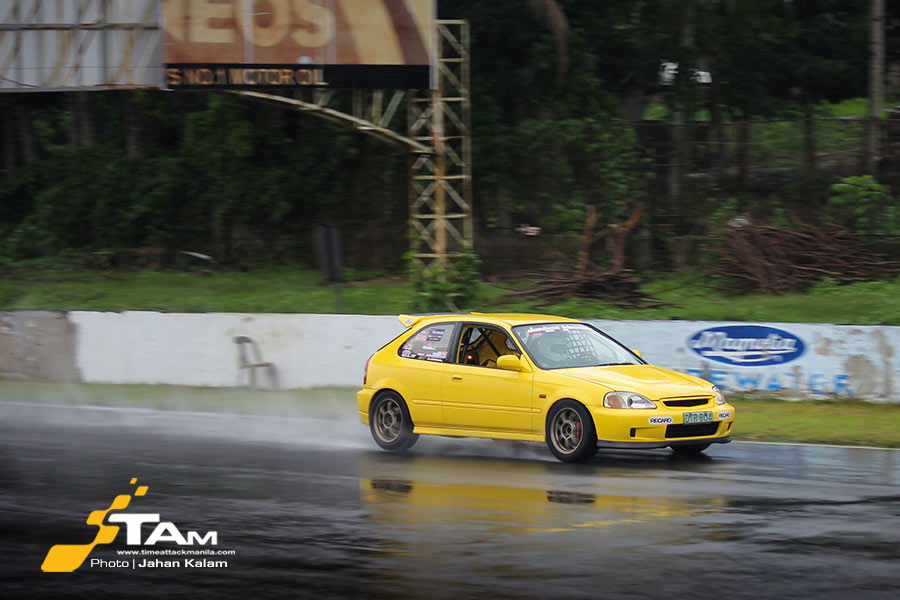 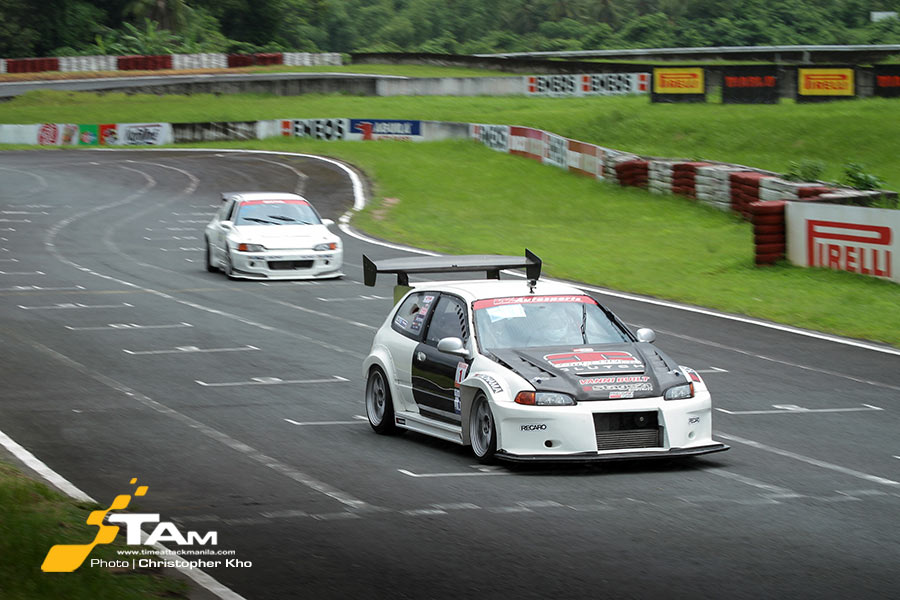 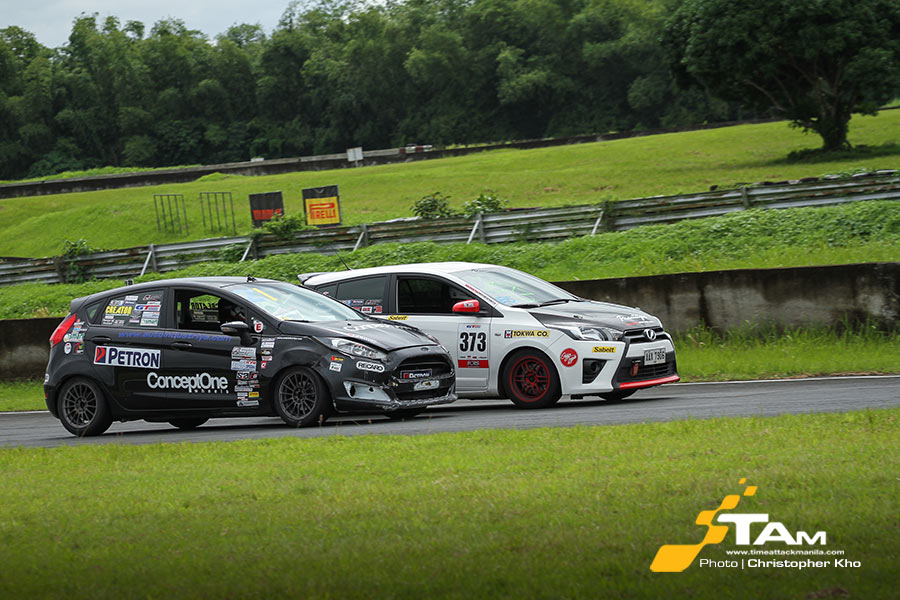