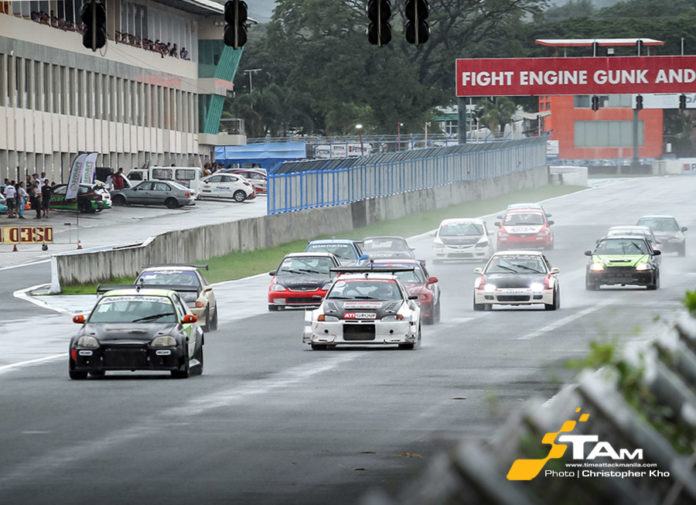 Despite the poor weather conditions, a strong 93-car entry braved the Clark International Speedway for the 8th and final round of the FlatOut Race Series (FORS) last October 14. This was, after all, their last dash shot at the 2017 championship.

But because of the rains, Eduardo Suiza and Rafael la O’s hopes of breaking any track records were lost that day. This allowed new names and younger faces to shine in the Time Attack and Grid races. 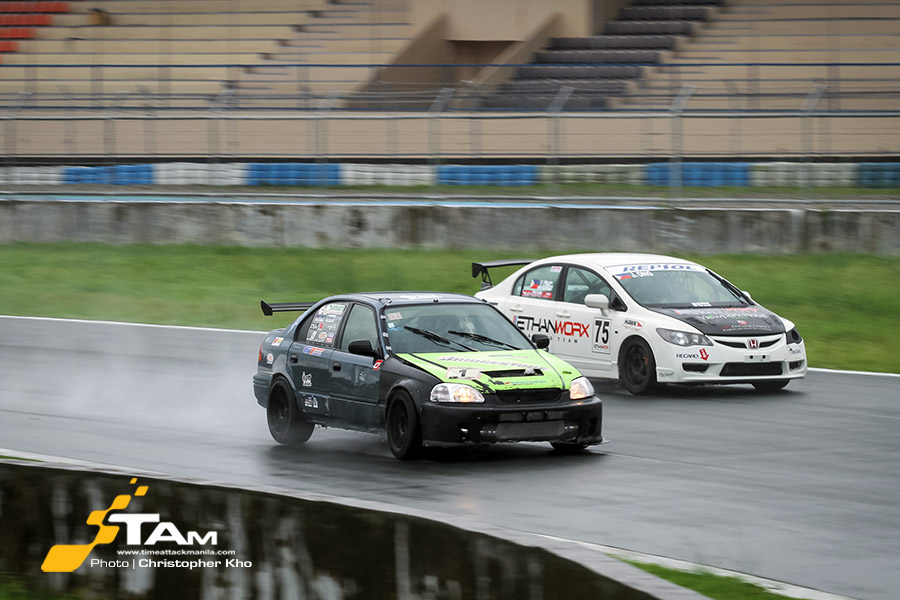 Time Attack
Running on GT Radial SX2 tires, Eduardo Suiza in the #200 W-Autosport / Staging Lanes Honda Civic set an impressive 2:11.963 lap in the wet to take 1st place in Bracket A. Team Auto Magic’s Rafael la O’ could only manage 2nd best with a time of 2:12.807. But the fastest driver of the day took advantage of a drying track to run on slicks. Dominique Bon clocked a 2:09.129 in the afternoon to top the time sheet in Bracket R.

Dominique was also fastest in Bracket B, this time setting a 2:15.470 on SX2 tires. Meanwhile, multiple National Slalom Series champion Milo Rivera showed up in a ‘borrowed’ Honda Civic FD to end up 2nd, followed by Blanche Racing’s Andrew de Asis who was 3rd. 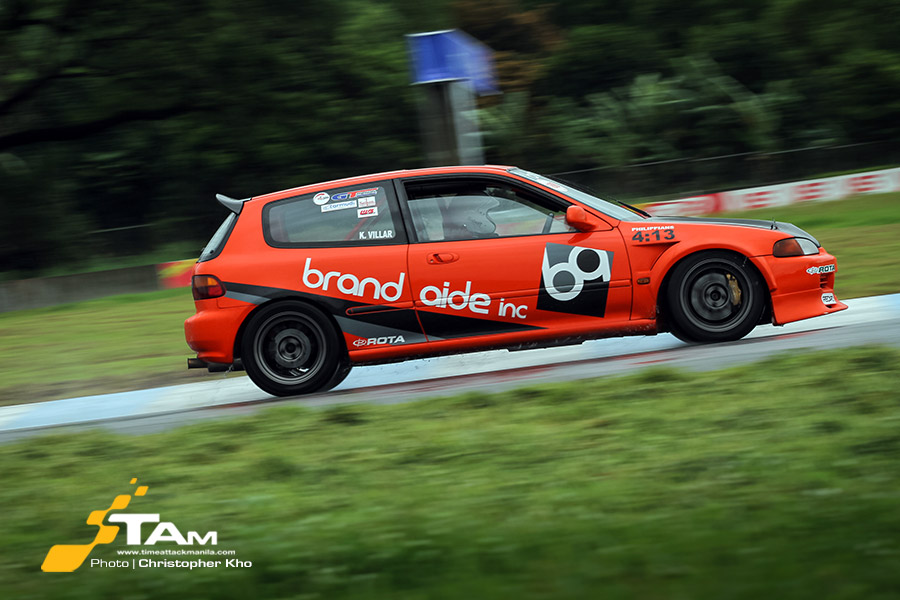 Another MSDP graduate, Armand Marcaida, ended up on the podium with 1st place in Bracket E. Robert Tan in the Eppco-Seiken Toyota Yaris was 2nd, while Andre Makkina Tan was 3rd. The top 3 drivers in Bracket F were Adrian Agcamaran, Sherwin Bargos, and Noel Delos Reyes. Miguel Narciso was quickest in Bracket G, followed by Felix Chua in 2nd, and MSDP finalist Hazel Ramirez in 3rd. 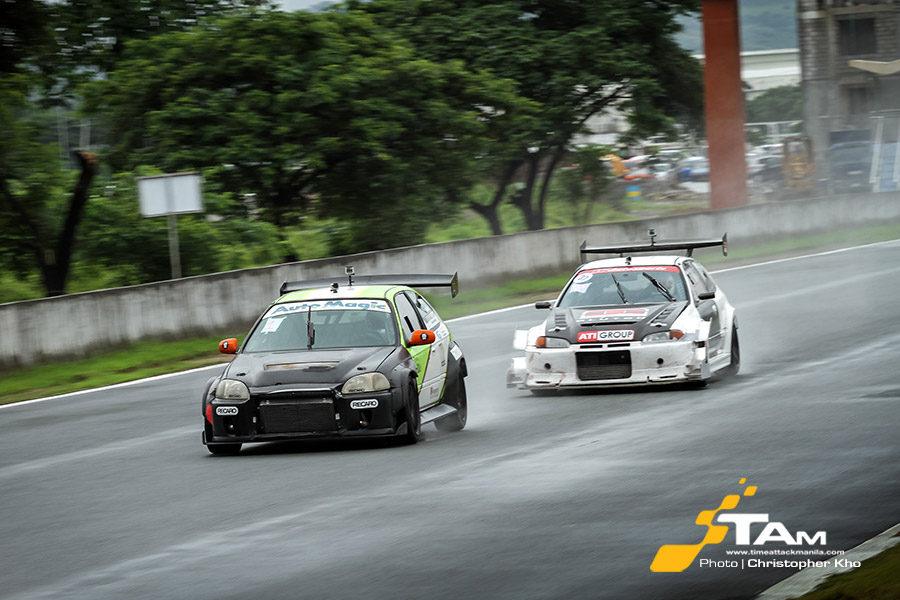 Grid Race
The final GT Radial Grid A race of the season was a head-to-head battle between Eduardo Suiza and Rafael la O’. Although Duarky led for most of the 10-lap race, Raf managed to sneak past with only a few laps to go to snatch 1st place.

Aaron Lao in the Blanche Racing Honda Civic EK ended his year with yet another dominant win in KYB Grid B. He crossed the finish line with a 1.957 sec advantage from Francis Roger Telan in 2nd. Aaron’s teammate Andrew de Asis fell behind but was still able to take 3rd.

Paul Santos was in a class of his own in Smart Fuels Grid C, winning the race a full lap ahead of Ethanworx Racing Team’s Jonmark Ong and Carmudi Racing’s Polo Bautista who wound up in 2nd and 3rd. 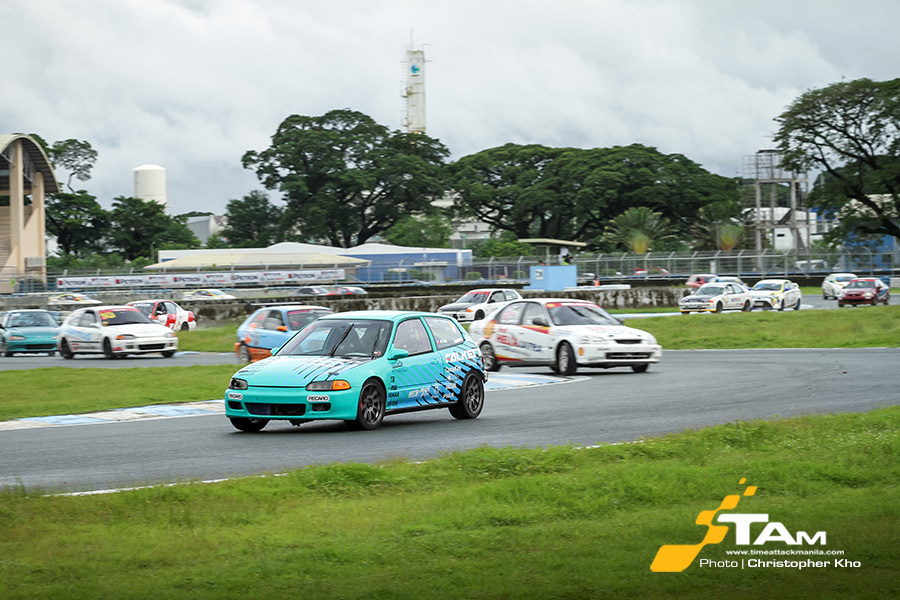 A combined Recaro Grid D and Worksbell Grid E race saw 22-cars line up at the start. Ralph Tan lead the pack, controlling the race to win by a commanding 4.675 sec margin. Paolo Santos took the chequered flag in 2nd, while Patrick Manapat barely held on to his 3rd place finish.

It was a busy race for Andre Makkina Tan who picked his way through the field. As it turned out, 8 laps was just enough for him to win Grid E with a 1.204 sec advantage over Felix Chua in 2nd. In a distant 3rd place was Steve Travers. 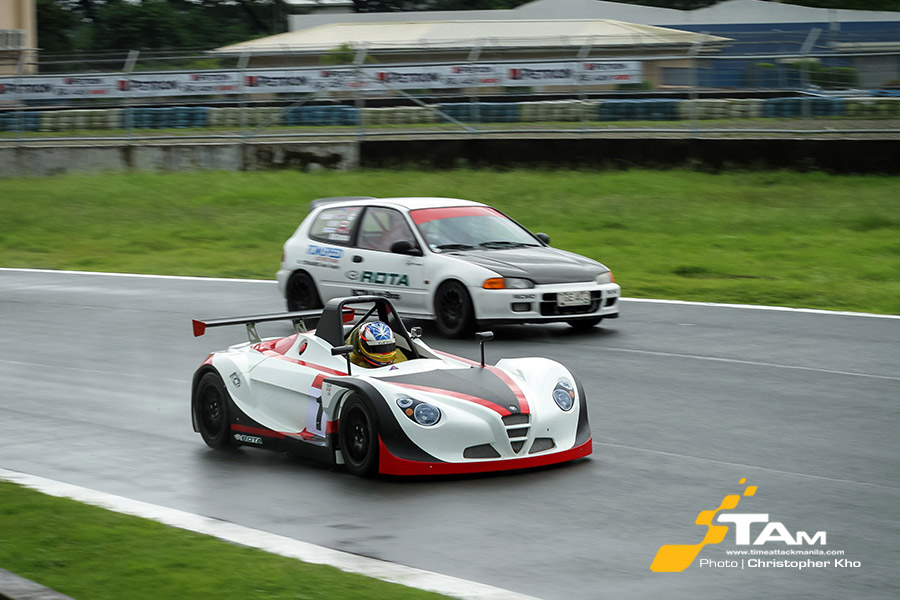 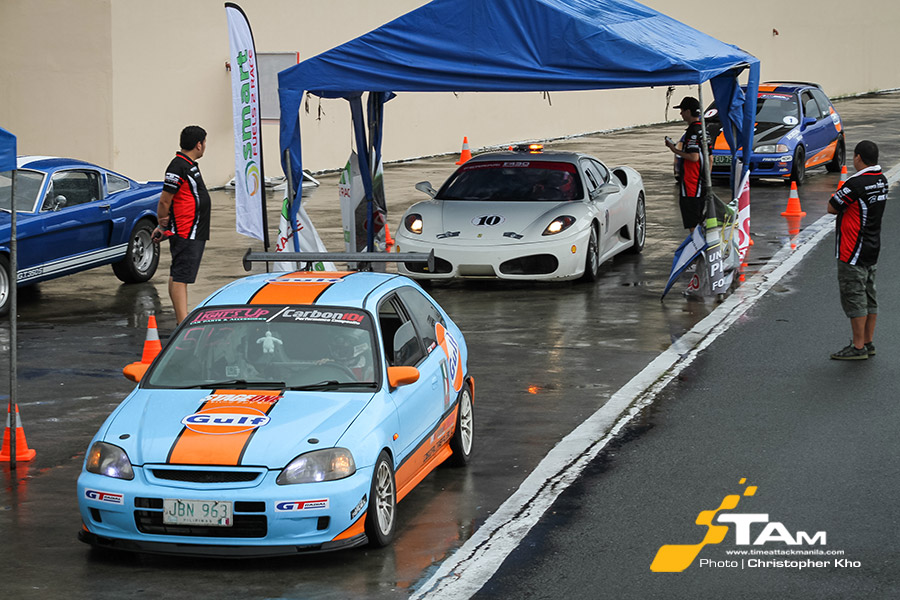 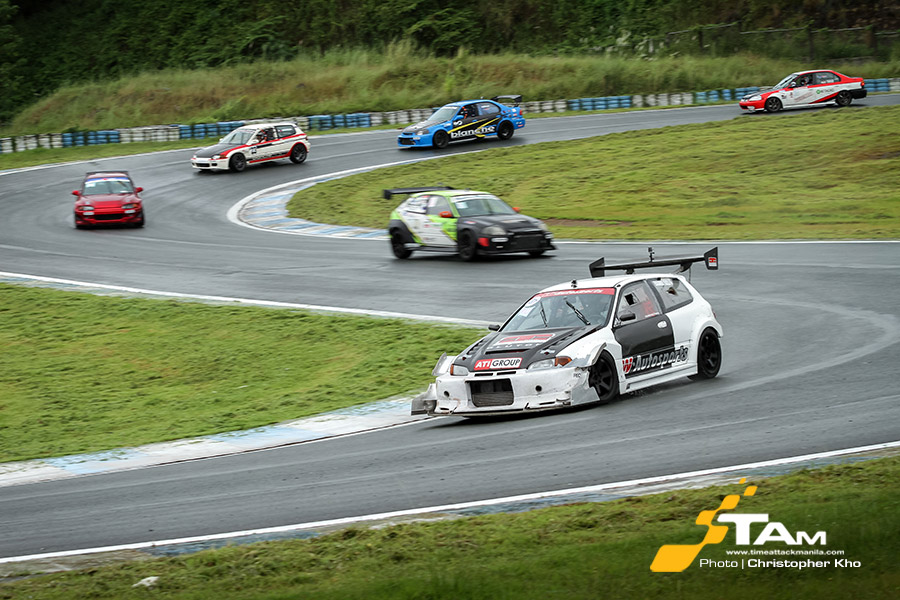 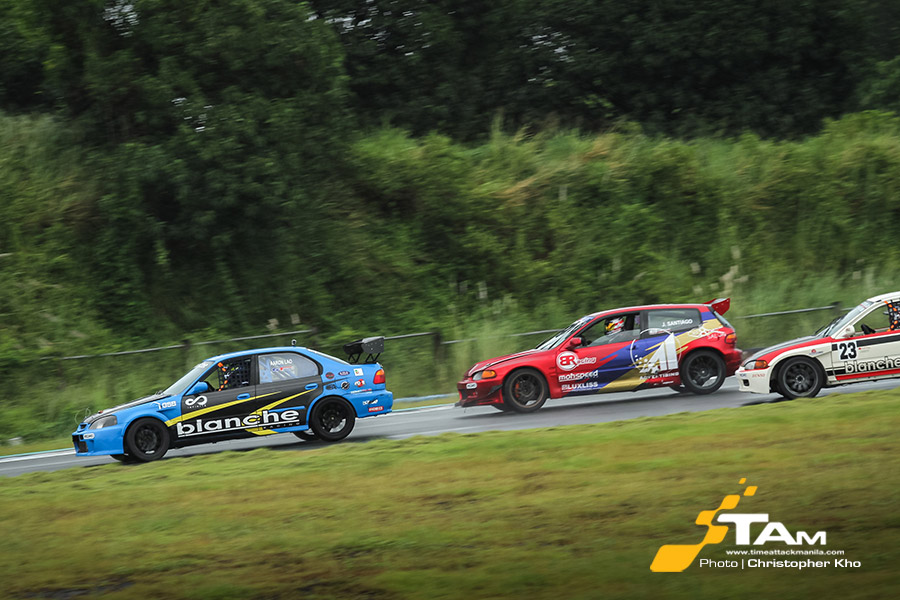 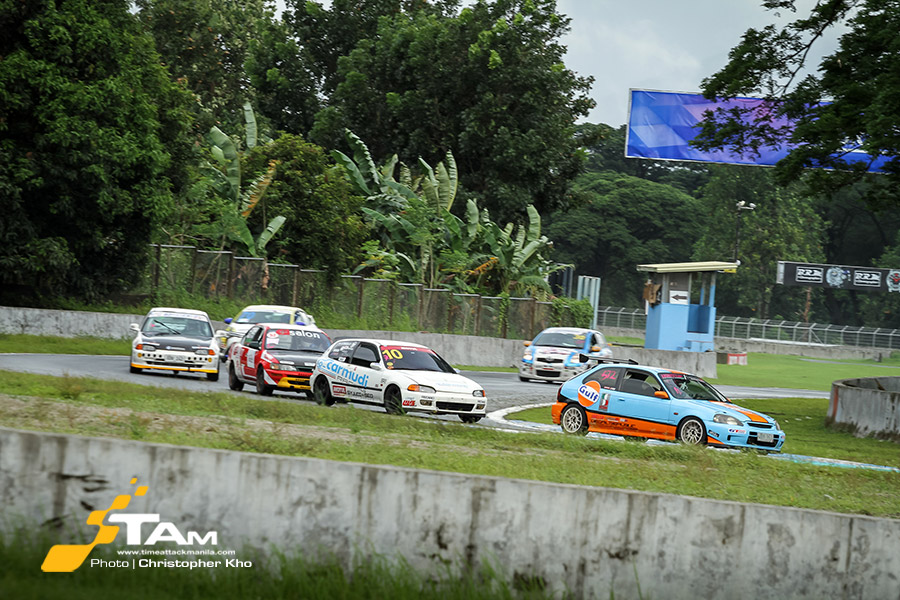 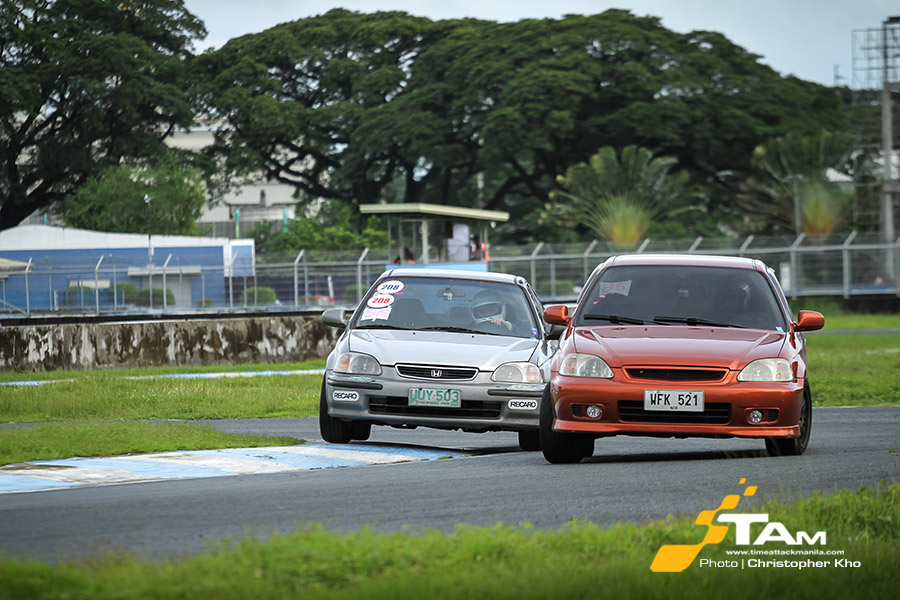