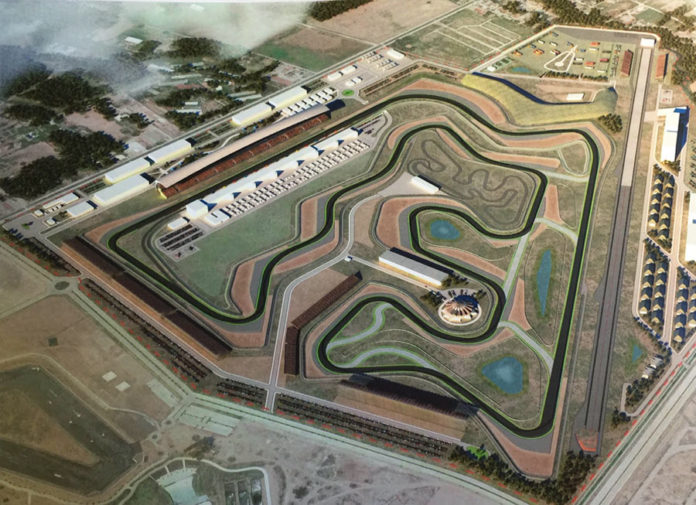 We’ll let you in on a little secret. They’re building a new race track somewhere up north and it’s going to be really, really big. Even bigger than the Batangas Racing Circuit (BRC) and Clark International Speedway (CIS) as we’ve been told. It’s called the Pradera Verde Racing Circuit (PVRC) and will be the most badass motorsport facility in the Philippines… at least when it opens.

However, very little is known about the new upcoming track. So, we dug around and here’s everything we’ve found out so far.

As the name suggests, it’s located in Pradera Verde which is a huge recreational property in Lubao, Pampanga. The compound is so massive that it houses a golf course, wakeboard park, hotel, and rally cross track where the Philippine Rallycross Series hold its events. Right in the center will be the new Pradera Verde Racing Circuit.

The world-class race track and its facilities are designed by Hermann Tilke and his team of architects and engineers. Yes, THE Hermann Tilke who’s also the genius behind the Sepang International Circuit, Circuit of the Americas, and Yas Marina Abu Dhabi just to name a few. (Head on over to www.tilke.de if you want to see his entire resume.) And like all his other creations, you can bet that the layout of the Pradera Verde Racing Circuit is going to be epic with undulating gradients of up to 8.0 degs.

Its configuration can even be rearranged to suit different type of events. In its longest ‘Grand Prix’ format, the course stretches 5.013 km with 22 turns and a 725 meter straight. The ‘International’ circuit, on the other hand, is slightly shorter at 4.641 km with 17 turns. CIS in comparison is only 4.189 km that winds around 18 corners.

Tilke reckons that both layouts can be utilized by events such as Blancpain GT Series Asia, MotoGP, and SBK.

There’s also 2 other bite-sized versions that might be able to run events simultaneously. ‘National’ is 2.762 km long while ‘Club’ spans 2.092 km, both featuring 12 turns and suitable for races such by the FlatOut Race Series (FORS) and Formula V1 Challenge.

(Read: These are the different layouts of the Pradera Verde Racing Circuit)

While international races seem be on its agenda, Formula 1 isn’t one them as of now. The Pradera Verde Racing Circuit is built to meet FIA Grade 2 certification which is good enough for LMP and GT machines and that’s not a bad thing.

Aside from the main circuit, the compound will also house a karting track, dedicated drag strip, VIP clubhouse, and multiple grandstands that can seat up to 100,000 spectators. Construction is said to begin sometime in 2019 and is expected to be completed in 2020. But we’re more than willing to wait.