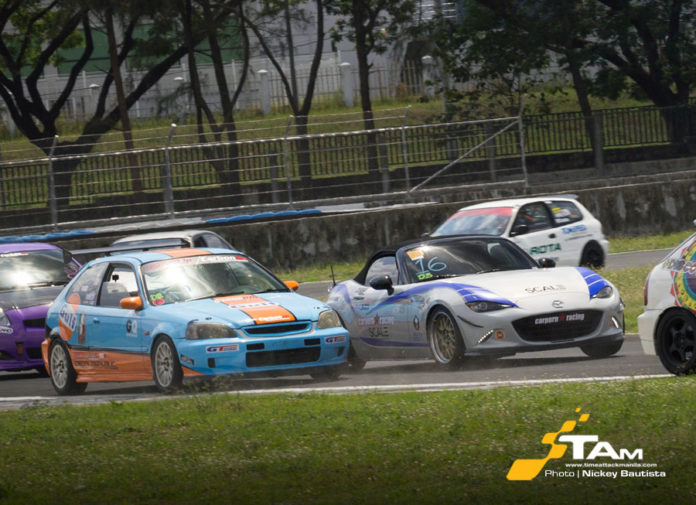 There are fast cars, and then there are fast drivers. But at the Petron FlatOut Race Series (FORS), there’s usually a good mix of both, paired together on most occasions. Round 2 was no exception where 151 competitors showed up at the Clark International Speedway (CIS) last 7th of April 2018.

The entry list was comprised of purpose-built race cars, sports cars, and regular street-prepped cars, segregated into brackets for the Time Attack and Grid races. And the fastest man of the day was Rafael la O’ in the Staunch Performance Honda Civic EK who set a 2:03.899 best lap.

His unmatched performance would allow him to take home 3 trophies that day to win in Bracket R, Bracket R, and the Petron Grid A race. 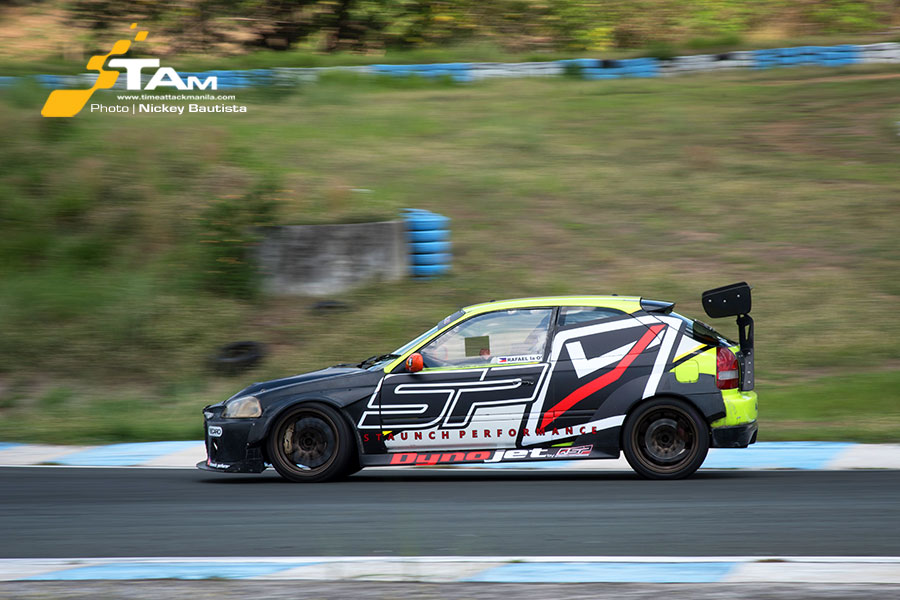 Time Attack
Backed by Petron Corporation as the FORS’ official fuel and engine oil supplier, the highlight of the day were the exotic machines in the newly-formed Supercar Class. It was a group of Nissan GT-Rs and Porsche 911 GT3s that filled the 4.189 km circuit with roars from their thundering engines. The quickest was Aga Tomawis in the Autoholic Garage R35 that recorded a 2:09.945 lap.

Switching from slicks to GT Radial SX2 tires, la O’ again set the fastest lap in Bracket A with a 2:08.301. Eduardo Suiza in the newly-rebuilt W-Autosport / Staging Lanes Honda Civic EG came 2nd with his 2:09.754 best followed by Gabby Sohu of Team Nawna Racing in 3rd. 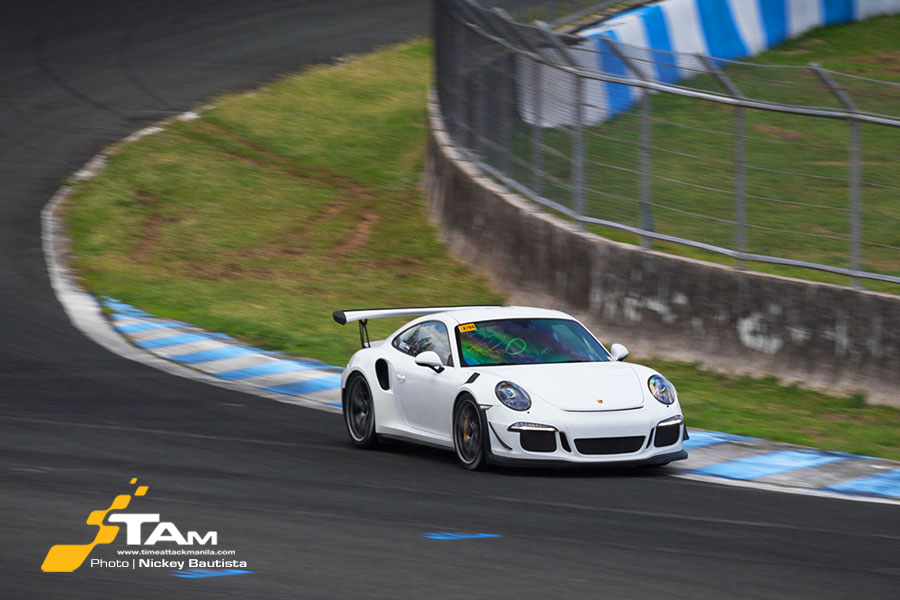 Gabby’s younger brother also landed a podium spot, taking 1st in Bracket B. Dominique Bon was 2nd while Russ Agapito in a new Honda Civic EK was 3rd. Paul Santos in the Big Chill Racing Honda Civic FD was the quickest amongst all the 14 drivers in Bracket C. In 2nd was 13-year-old Miggy Sohu who lost out by a mere 0.061 secs while Sydney Sarmiento of Blanche Racing was 3rd.

A 2:24.557 best allowed Alvin Bince to claim 1st in Bracket D. Robert Tan in the Grupo Toyota Yaris and Mike Hortel ended up 2nd and 3rd, respectively. Avin Villaseñor scored back-to-back wins in Bracket E. Mars Ocampo, on the other hand, beat Amiel del Mundo with a 0.023 secs advantage to win in Bracket F. Lastly, Gilbert Orpilla saw a repeat of his performance from the previous round with another 1st place in Bracket G. 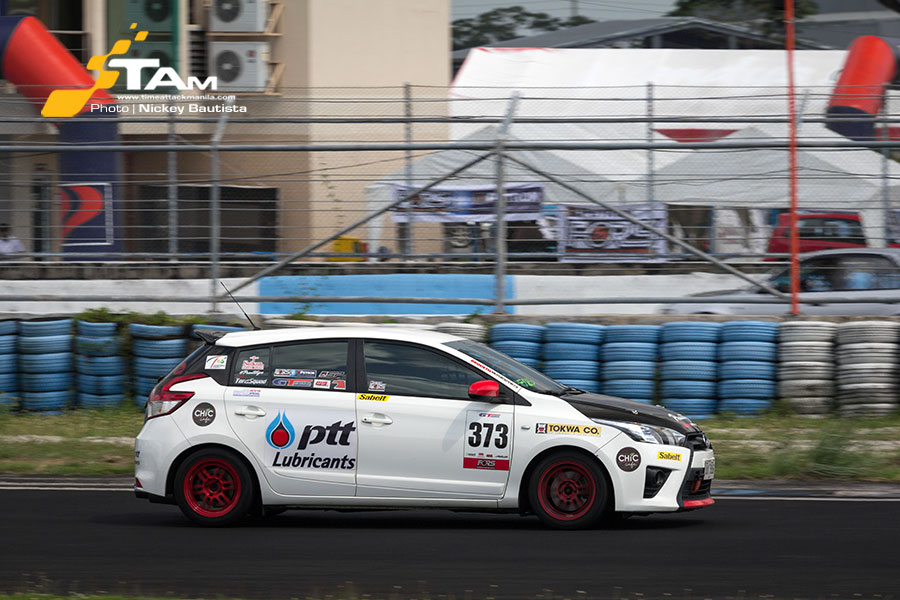 Grid Race
Sanctioned by the Automobile Association Philippines (AAP), the Grid A, B, and C formed a combined 19-car race. Eduardo Suiza jumped to an early lead and looked to be on his way to an easy win. But a mistake saw the reigning champion hand over 1st place to Rafael la O’ who then went on to win the Petron Grid A race.

Paolo Santos, Jun Cabrera, and Russ Agapito were fighting for the KYB Grid B lead throughout the 10-lap race. Santos in a Mitsubishi Evolution 6 would win by a small 0.631 sec advantage with Cabrera glued to his rear bumper. Agapito scored his second podium of the day with 3rd. 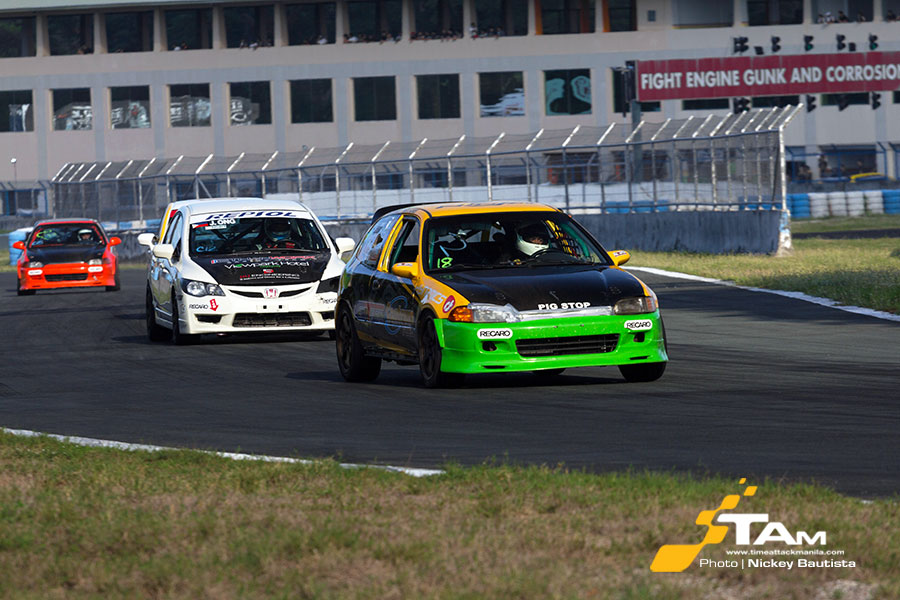 In Recaro Grid C, 8 Oras ng Pilipinas winner Emerson Ocampo showed that he too can win at sprint races. He held onto a 1.078 sec advantage when the chequered flag drop ahead of Jonmark Ong in 2nd and Paul Santos in 3rd.

There was a 5-way-battle brewing in the Staunch Performance Grid D race. Paul Ongcuangco, Erwin Manaog, Sherwin Bargos, Errol Panganiban, and Robert Tan shuffled positions on every lap. Ongcuangco would eventually take the win after 8 laps. Manaog came 2nd and Bargos was 3rd. 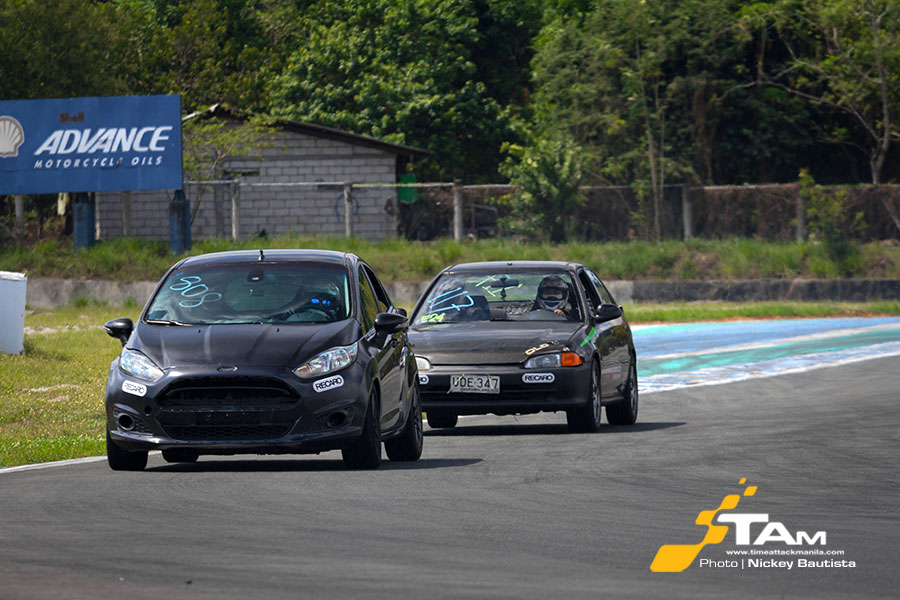 Kody Ng and Mars Ocampo there the first to cross the finish line in SmartFuels 2 Race Grid E. But their celebrations were short-lived after they were penalized for breaking out. This handed 1st place to Amiel Del Mundo in the Ford Fiesta. Felix Chua and Jeff Pobadora then took the remaining steps of the podium.

With the on-track action heating up, the Petron FlatOut Race Series will move to the Batangas Racing Circuit on May 19, 2018 for Round 3. 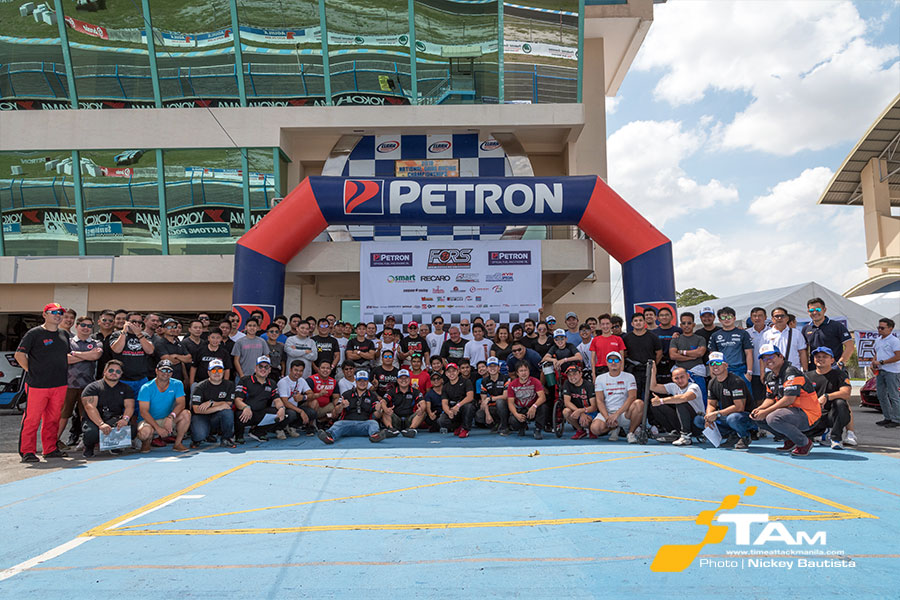 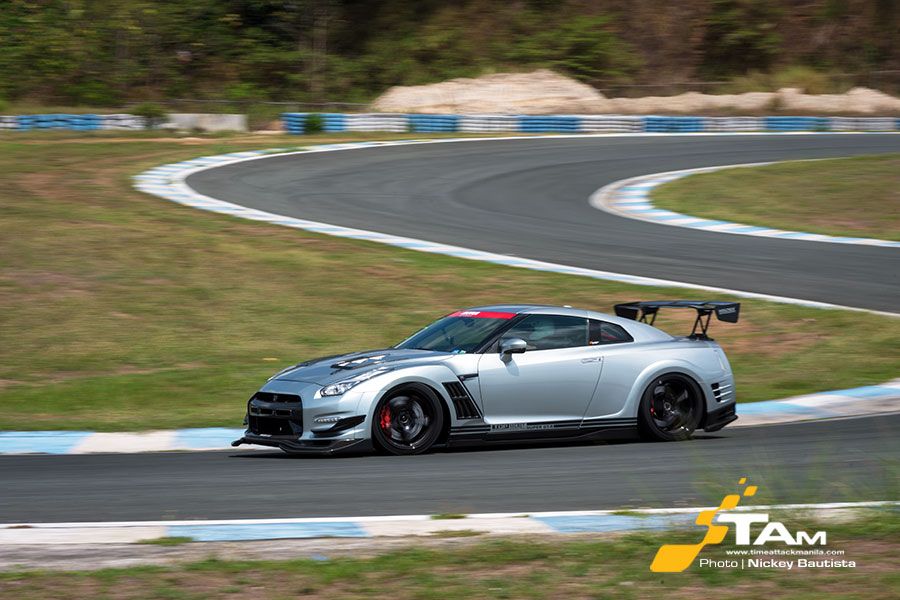 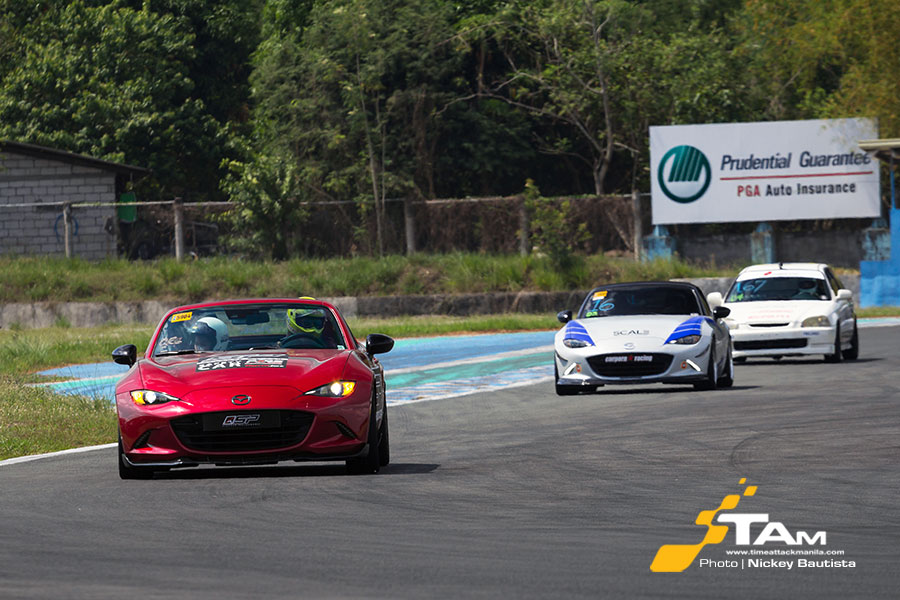 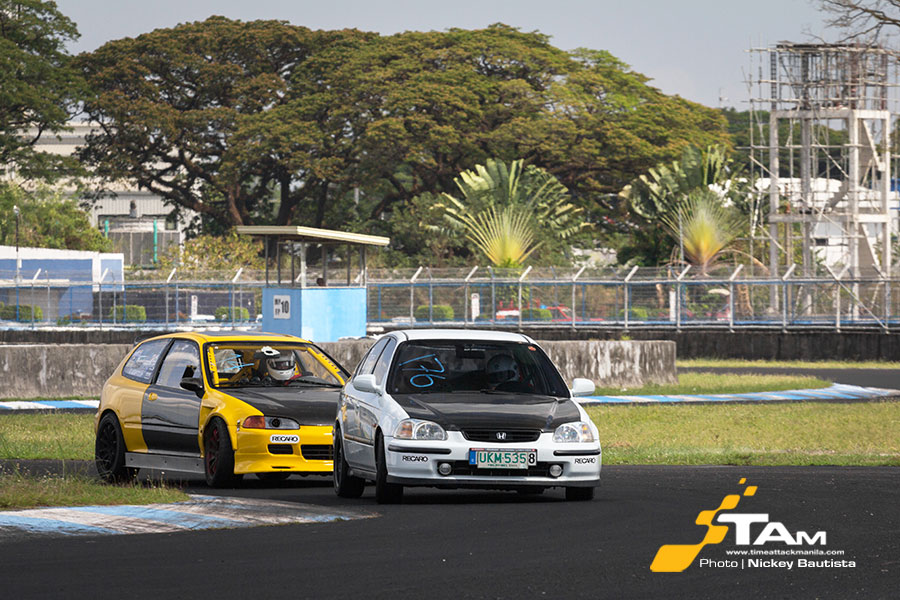