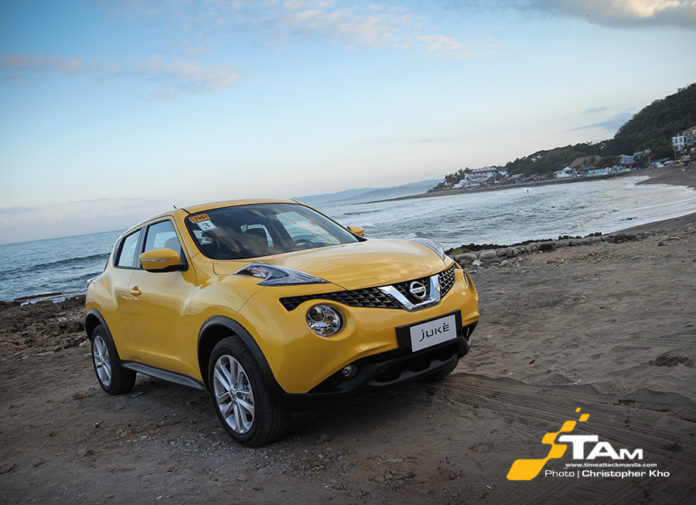 Nothing on our roads today look quite as unique as the Nissan Juke. Its odd proportions, bizarre front end, and loud colors may shock a few, but that’s just how humans react to the unfamiliar. That’s why Nissan Philippines Inc. (NPI) took us on a road trip so we could see for ourselves if it really drives as fun as it looks.

The route was a 540 km journey to the surfing capital of the north in La Union. This would give us plenty of time behind the wheel of their subcompact crossover and spend a quick R&R on the sand. 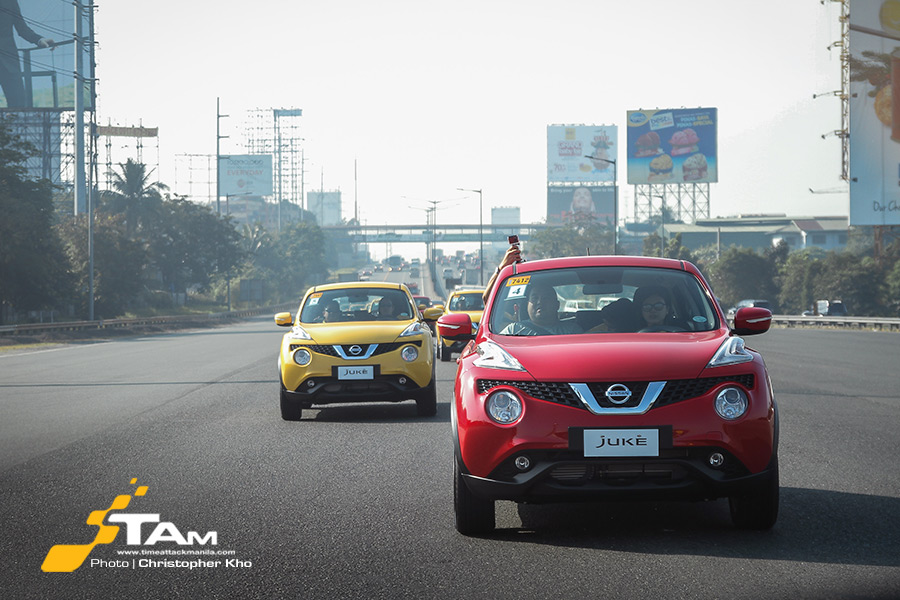 There were around 20 examples of the Juke that were going along with us that day. Some were Pearl White, a few Black Obsidians, and a whole bunch in Red Alert and the one we were in painted Solar Yellow. But those shades weren’t the only reason why our convoy turned so many heads on the road.

You have to realize that the Juke does not conform to the traditional definition of what’s ‘beautiful’. The front looks like a frog and there are fancy curves on every corner. The top part looks like a 2-door coupe, while the bottom half looks like an SUV. Somehow, they’ve made it work.

This gives the Juke its fun and outgoing personality, making the beach such a fitting destination. 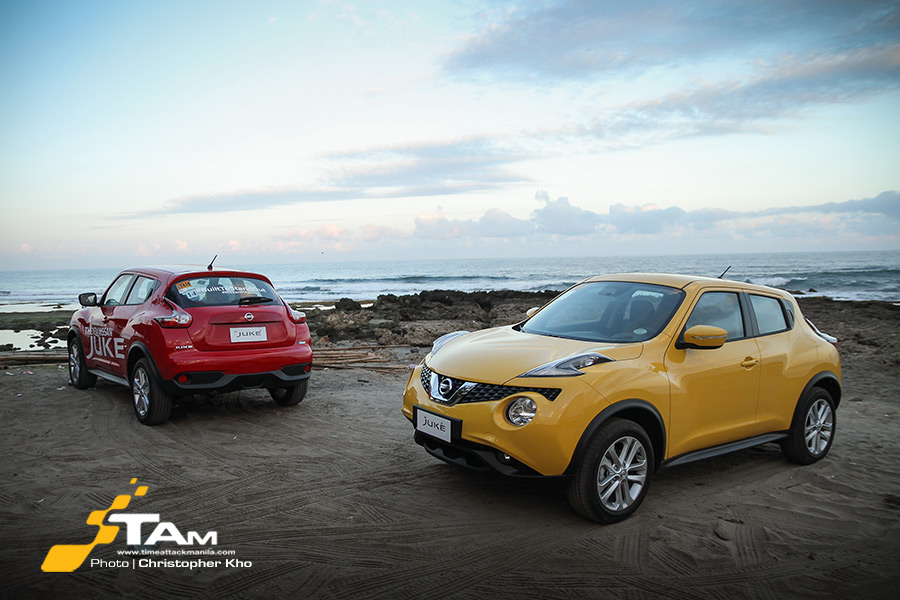 We stretched the Juke’s legs both on the open highway and tight provincial roads. The 1.6L 4-cylinder gas burner had enough oomph with 3 people on board and drive mode can be set to Eco, Normal, or Sport. It’ll give an extra kick in Sport mode, but don’t expect it to fly. Remember, it’s a Juke not a Juke R.

On a more practical note, the Xtronic CVT was good at keeping the revs low to conserve fuel and the cruise control was well used to stay on the speed limit.

Nissan also beautifully tuned the Juke’s suspension to match its fun character. The ride is firm, but not hard which we prefer and body roll kept to a minimum even with the high ground clearance. This gave us some confidence to chuck it around corners and it held up quite well.

By no means is the Juke a track weapon. However, the spritely engine and sharp handling will let you play around and enjoy behind the wheel. 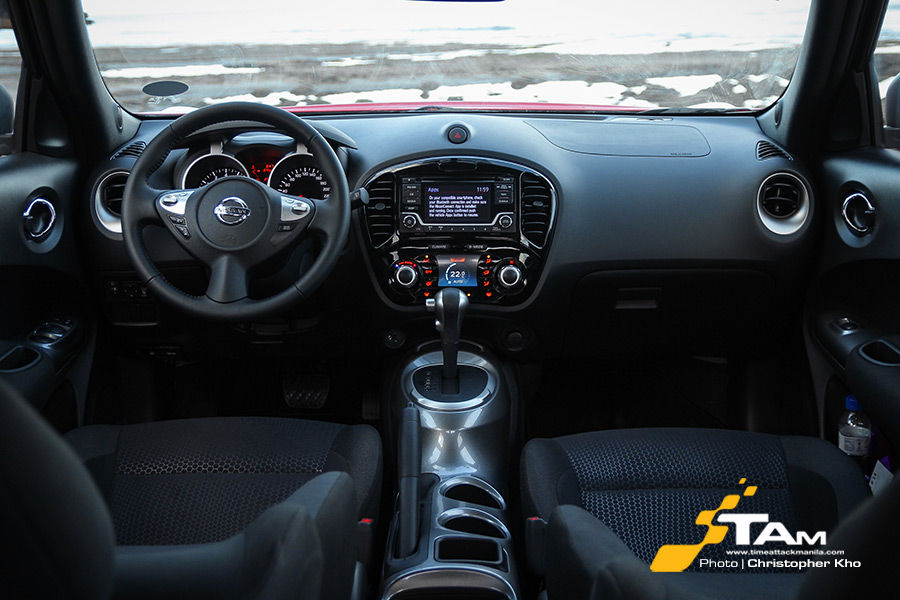 To spend 2 days in the Juke with 2 other adults and come out fresh is a testament to its comfort. Driving position is quite high giving us a great view of the road, while leg and elbow room was abundant sitting in front. It was a surprise though that the rear also had ample knee space given this subcompact crossover’s stubby proportions. The sloping roofline, however, does prove to be a challenge for anyone above 5′ 10”.

Luggage space was also abundant which we totally didn’t expect. Our bags were not small by any standard yet they all fit.

While the interior is not as loud as the exterior, you won’t find any boring flat surfaces throughout the cabin. The different textures on the dash, console, and door handles kept our eyes feeling fresh. It’s also good to know that it’s equipped with a nice 2DIN radio, climate control, reverse camera, and push button start. 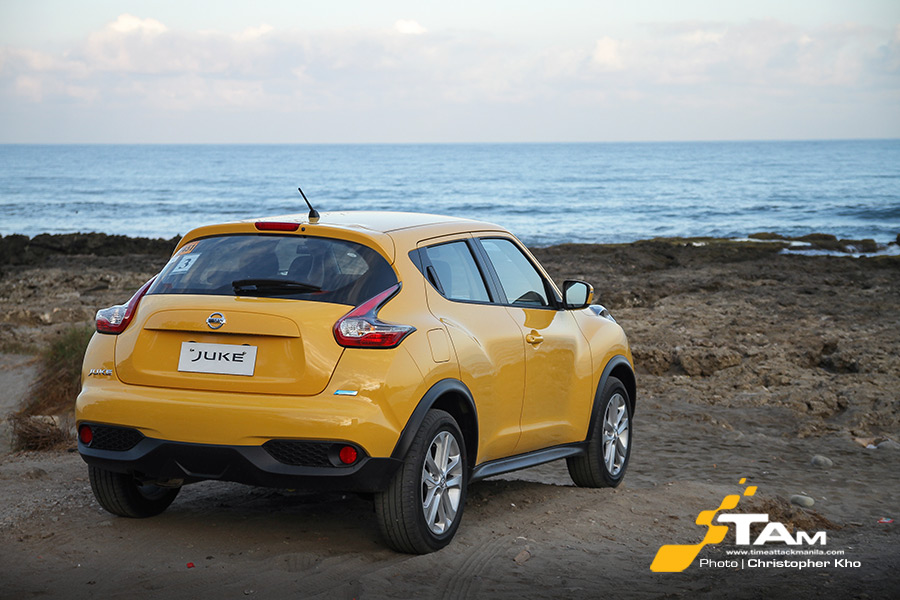 We do admit that the Juke does look a bit weird, but weird has never looked this good. It also stands out so much that you can easily tell it apart from a sea of a million cars. And the more we look at it, the more we like it.

Nissan also matched the Juke’s driving experience to its styling. It may not break any speed records or give you that edge of your seat rush, but it put a smile on our face whenever we get behind the wheel. You can’t beat that engine/transmission combo that can either be economic or lively (in Sport mode), while the precise handling makes even slow commutes exciting.

For P980,000, the Nissan Juke is definitely a subcompact crossover that drives as fun as it looks. We could see why people would want one. They want something different, something exiting, and something that will let their personality shine through.

Inquire, book a test drive, or buy the Nissan Juke through AutoDeal.com.ph. 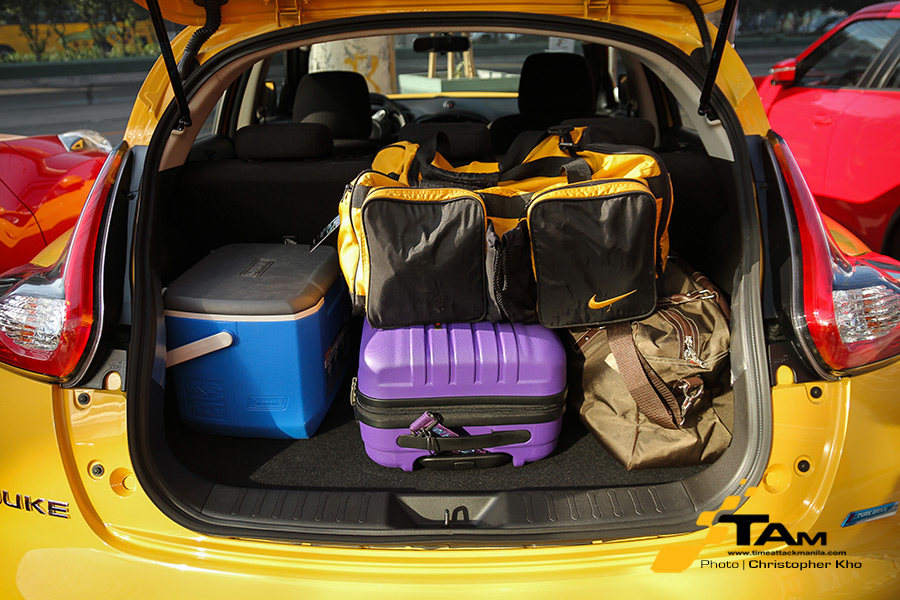 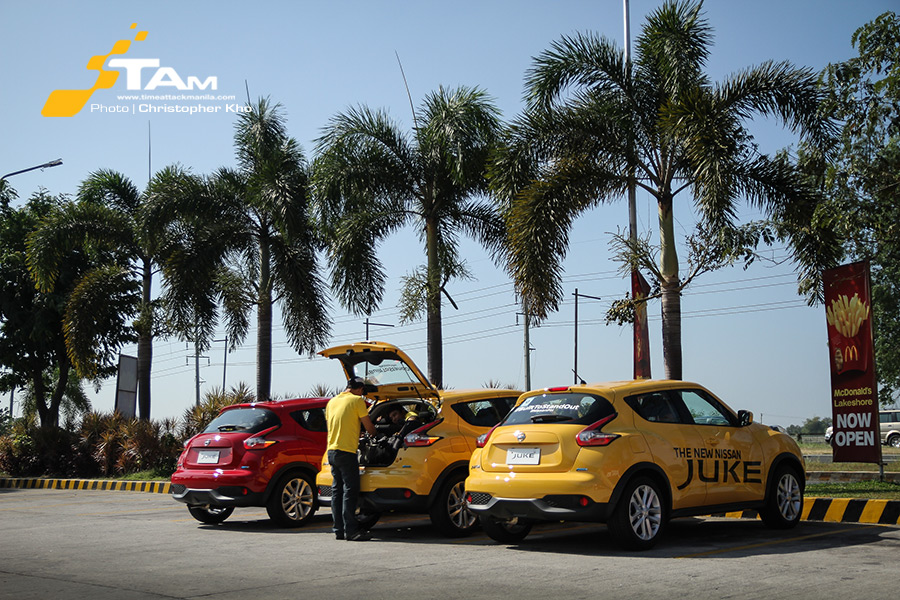 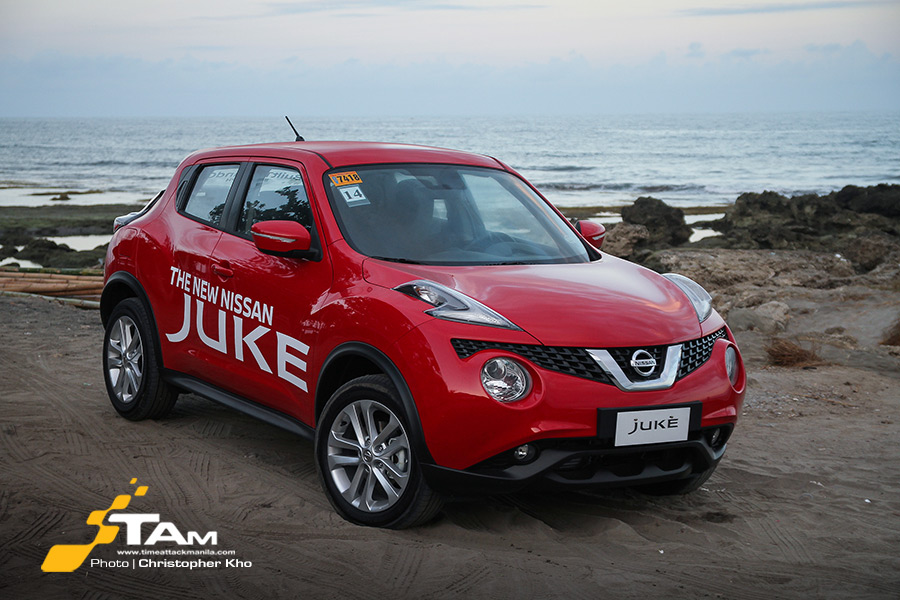 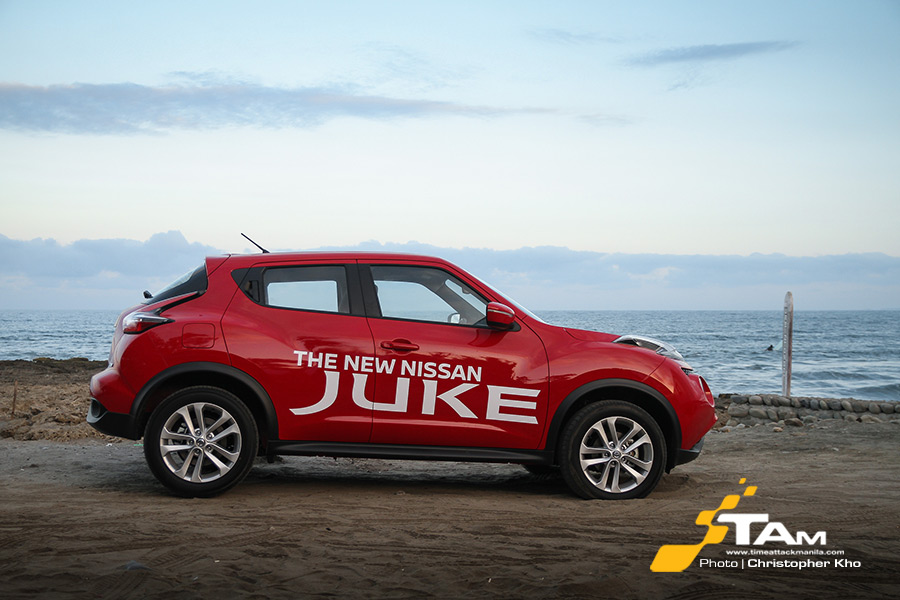 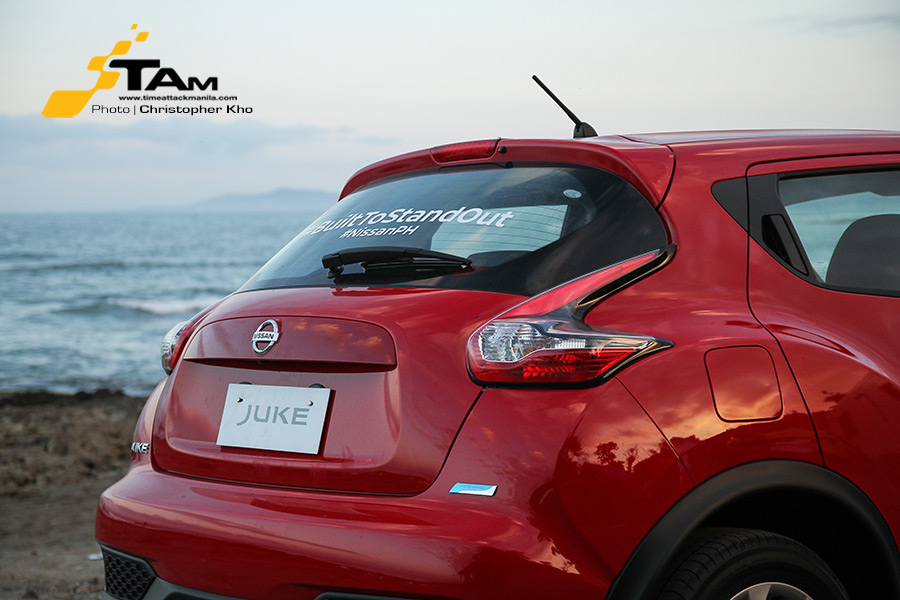