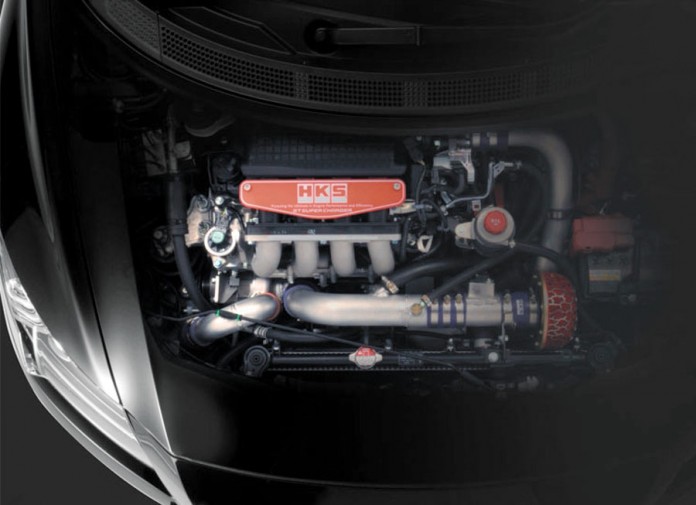 The CR-Z is Honda’s latest and currently, only hybrid sportscar in production. But with only 136 hp on tap, it’s hardly the pocket rocket we’re looking for. Then here comes HKS who built a supercharger kit that bumps up the power to 200.

HKS explains that this aftermarket supercharger works with Honda’s Integrated Motor Assist (IMA) hybrid system, so there’s no risk of blowing things up. They also used a smaller HKS GTS4015 supercharger that will deliver progressive output and torque throughout the rpm range, while using stock engine internals.

The kit we’re talking about is the ‘CR-Z HKS GT Supercharger’ with part no. 12001-AH004, that’s now available by order from Emperor Motorsports.

While you’re at it, you might as well throw in an HKS Silent Hi-Power or Factory Exhaust, higher heat range spark plugs, and 0W-25 or 10W-35 engine oil to get the most out of the system.

According to Emperor Motorsports Philippines, it’ll take them between 3 to 5 days to install and tune the HKS GT Supercharger on your CR-Z. After that, you’ll have all 200 hp and 261.8 Nm of torque to play with under your right foot. However, do note that this kit is designed for MANUAL TRASMISSIONS ONLY. Plus, it’ll need a constant supply of high octane gasoline for it to squeeze out every bit of power from the 1.5L i-VTEC 4-cylinder motor.

If you give it some thought, P350,000 for a supercharger kit is actually quite reasonable and tempting. Forget about the Mugen-kitted CR-Z that retails for P1.860 million. Those aero improvements won’t make your sports coupe any quicker anyway. Instead, go for the Standard CR-Z that Honda Cars Philippines, Inc. (HCPI) lists at P1.390 million, add on an HKS Supercharger, and maybe buy yourself a set of aftermarket rims with the spare change you have left.