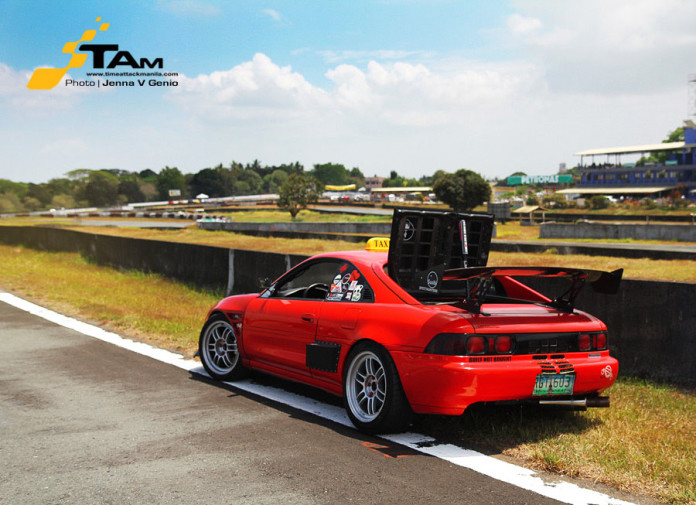 ‘Arrive. Raise hell. Then leave.’ It’s a motto lived by Iori Suzuki – one of the guys behind the infamous groups Ozawa JDM and Team A. And his battle-ready SW20 Toyota MR2 is the physical manifestation of that motto.

For Iori, the choice to go with the MR2 was simple. He was a Ferrari fan since birth and had a special love for the F40 and the F355. So, getting the MR2 was a no brainer for him, in red no less. 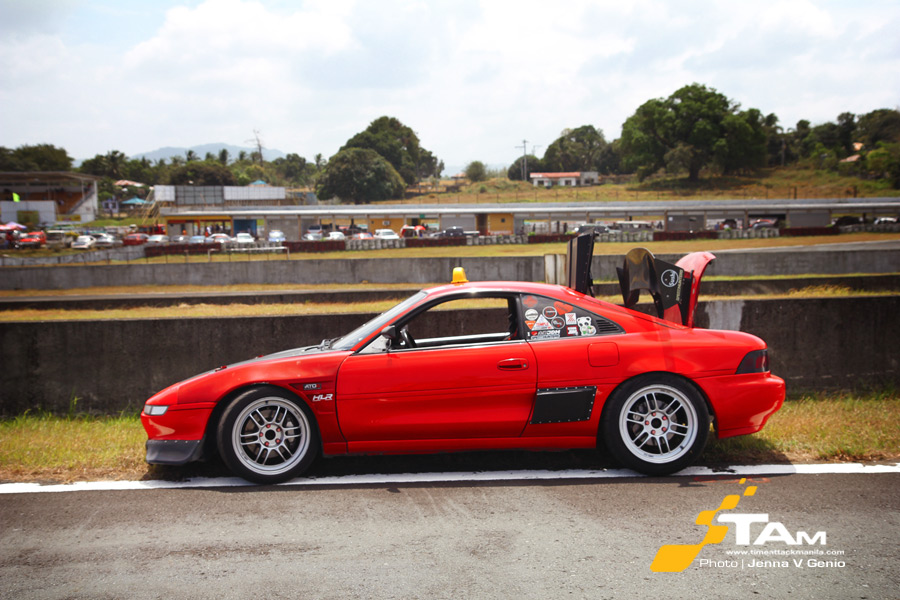 Lightweight carbon fiber and FRP panels help to shed some weight, while wide front and rear fenders cover a set of rare staggered Enkei RPF1 wheels measuring 17×8 up front and 17×9 at the back. A huge custom fabricated front chin spoiler, on the other hand, acts as an air dam and a carbon fiber wing gives the car some serious downforce. The side scoops and engine cover vents made by Sushi Factory then keep the midship-mounted engine cool even under hard driving.

However, Iori tells us that after seeing Top Secret’s 1,000+ hp race car had a full interior, his MR2 should have one too. So, you’ll find a pair of red Recaro SR3 seats, a TOM’S racing harness that only fits Iori, A/C, and a nice sound system inside.

The mismatched panel colors, battle scars, and the different stickers may seem like a mess, but for some reason, it feels like Iori meant it too look that way. To him, these serve as silent reminders of the drives and battles it went through. 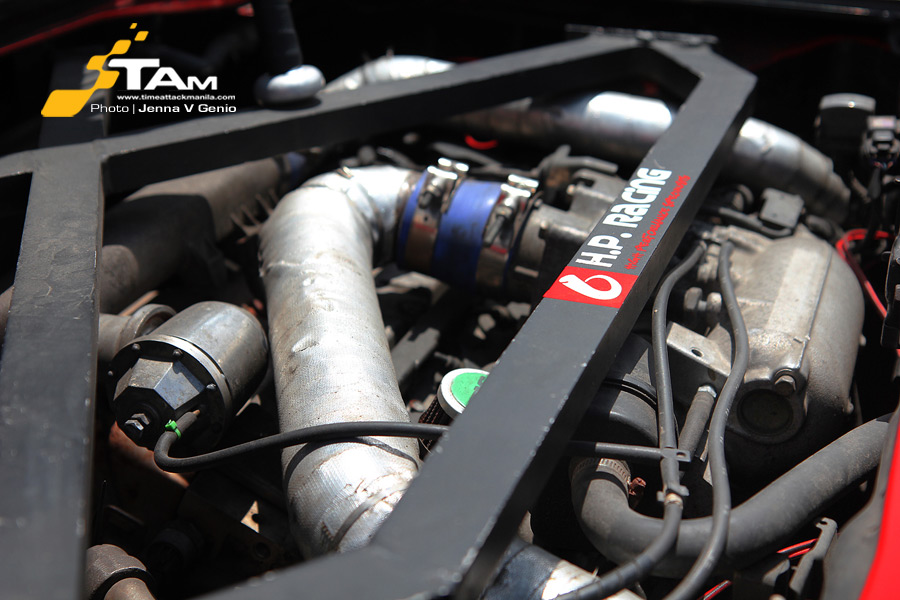 Custom Work
When he acquired it back in 2008, it originally had a naturally-aspirated 3SGE and automatic gearbox. Iori then swapped the transmission to a manual, built up the 3SGE before finally putting in a turbocharged 3SGTE that’s powering it right now. He’s gone through every trim level of the MR2 except for the 5SFE US version.

The motor is mostly stock, save for a free flowing intake and exhaust. But with 245 hp having to move a car weighing less than 1,300 kg, it’s definitely a potent track weapon, with Toyota reliability to boot. It also has a custom-mount rear intercooler with holes cut through the rear panel for better airflow.

Meanwhile, the suspension makes use of Kei Office coilovers that Iori tuned himself. It’s setup so that the car feels planted even at close to 3x the legal speed limit and more importantly, remove all signs of snap oversteer that most mid-engined cars are prone to. And give it stopping power to match the speed, the brakes are sourced from a Nissan Skyline parts bin.

Iori describes the driving experience as a ‘controlled chaos’, which to him is the best trait of the MR2. Partly out of control, yet there’s some kind of unstoppable force that’s urging you to drive it to its limits. Scary, yes. Evil, maybe. Fun, no doubt.

Words though are not enough to express how crazy it really is. You’d have to sit behind the wheel to understand how finely-tuned this piece of machinery is, and when you do, you’ll have a big stupid smile across your face. 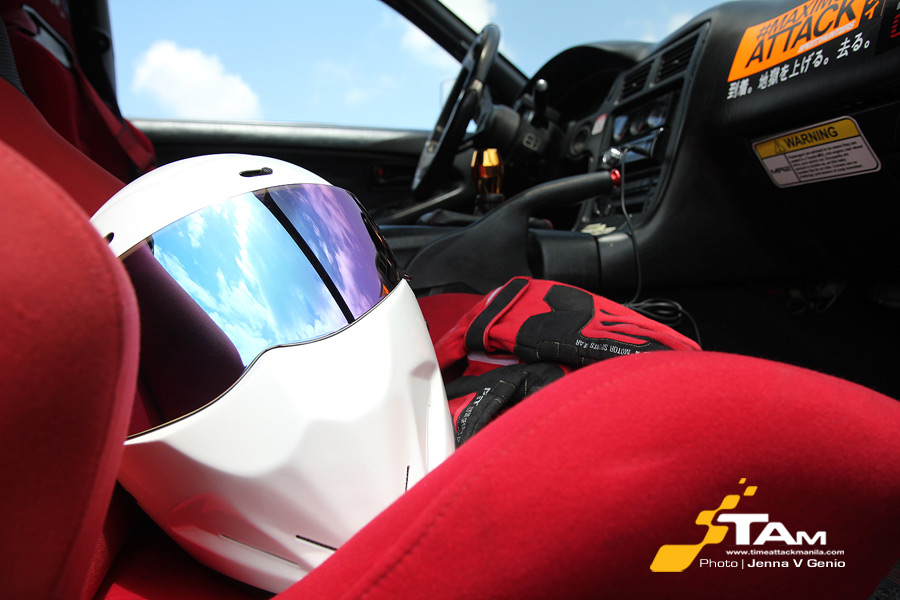 The War Horse
If you’re familiar with the ‘Four Horsemen of the Apocalypse’ from the Bible (Revelation 6:1-8), the second summoned rider had a red horse and represented war. It’s more than just mere coincidence that this MR2 wears the same color and looks ready for a dogfight at any instant.

This War Horse, like its owner, is an outlaw. Defying the rules of conventional car tuning and substituting it with his own – all in the pursuit of perfection. It’s a radical build that’s shaped by the owner’s idea of what’s cool without giving a fuck what anybody else would think.

But as track capable as it is, would you believe that if driven the right way, this MR2 will match a Vios in terms of fuel economy.