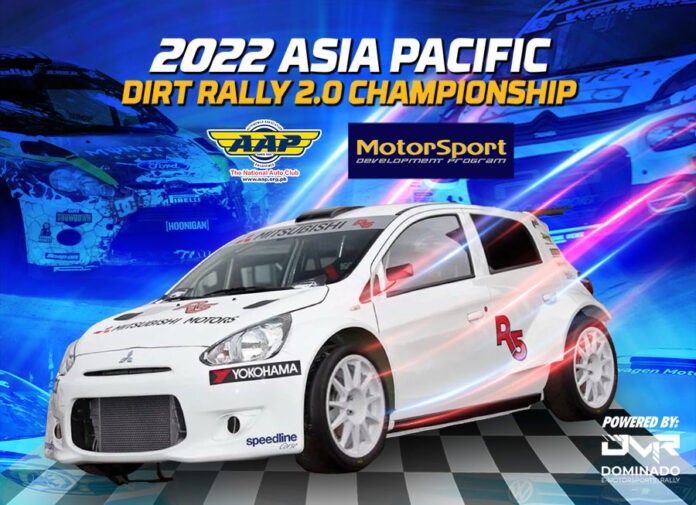 Sim racing exploded ever since the pandemic happened, which prompted the Automobile Association Philippines (AAP) to take their races online. But little did they know that their digital motorsport events would one day became so successful that the rest of the region now want to be part of the action. So for 2022, they’ve hooked up with the other ASNs to organize the first-ever Asia-Pacific DiRT Rally 2.0 Championship by AAP.

As the the name suggests, the event will be run on DiRT Rally 2.0 on both PC and PlayStation4. It’s open to all competitors from the Asia-Pacific region and is free-to-join. To participate, one must enter Qualifying scheduled 4 days ahead of each round (via CodeMasters Racenet Club). Only the TOP 21 drivers, however, will be invited to race in the live lobby event. Then, whoever scores the most points by the end of the 3-round series will be awarded as the first-ever Asia-Pacific DiRT Rally Champion.

Do note that the rally cars and tracks will not be revealed until Qualifying starts for that round, so no one can gain an advantage. Each event will also run a mix of long and short stages. 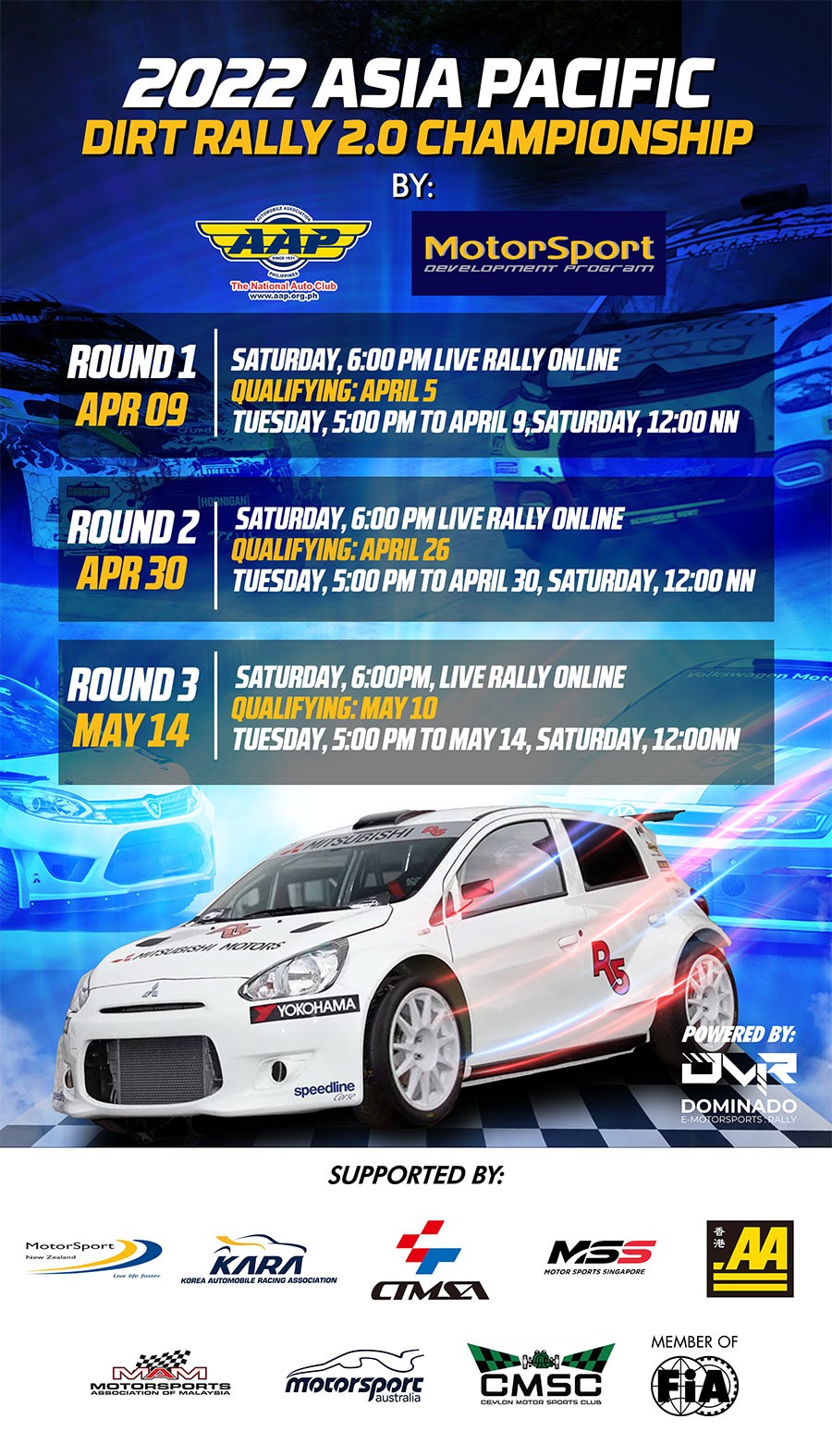 The 2022 Asia-Pacific DiRT Rally 2.0 Championship by AAP is powered by Dominado E-Motorsports: Rally (DMR). All races will be livestreamed via the AAP Motorsport Facebook page starting this 9th of April. Succeeding events will then take place on the 30th of April and 14th of May.