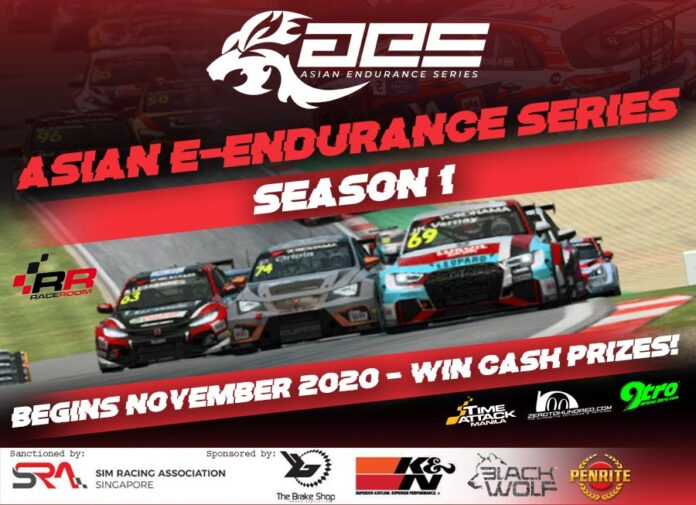 We guess it’s safe to say that the Asian Endurance Series was the biggest event of its kind in the region when they started back in 2019. They attracted karters from Singapore, Malaysia, Hong Kong, Macau, China, and even Australia over the course of a 5-round season. But due to the pandemic, their plans of an even bigger season in 2020 were all put on hold.

One positive outcome of this, however, is that they’re now moving their races to the virtual world with their new Asian e-Endurance Series (AeES).

These guys have opted to host it on the RaceRoom platform using the latest WTCR machinery. A maximum of 30 entries are allotted per round, which will be selected via online registration a week prior to the race. Once the season gets going this November, it’ll visit renowned circuits in Malaysia, Thailand, Japan, and China until the finale at Macau. But unlike other sim racing championships that run on consecutive weekends, the people behind AeES decided to stretch their 2020/21 calendar over 5 months to give both racers and spectators enough breathing room in between events. 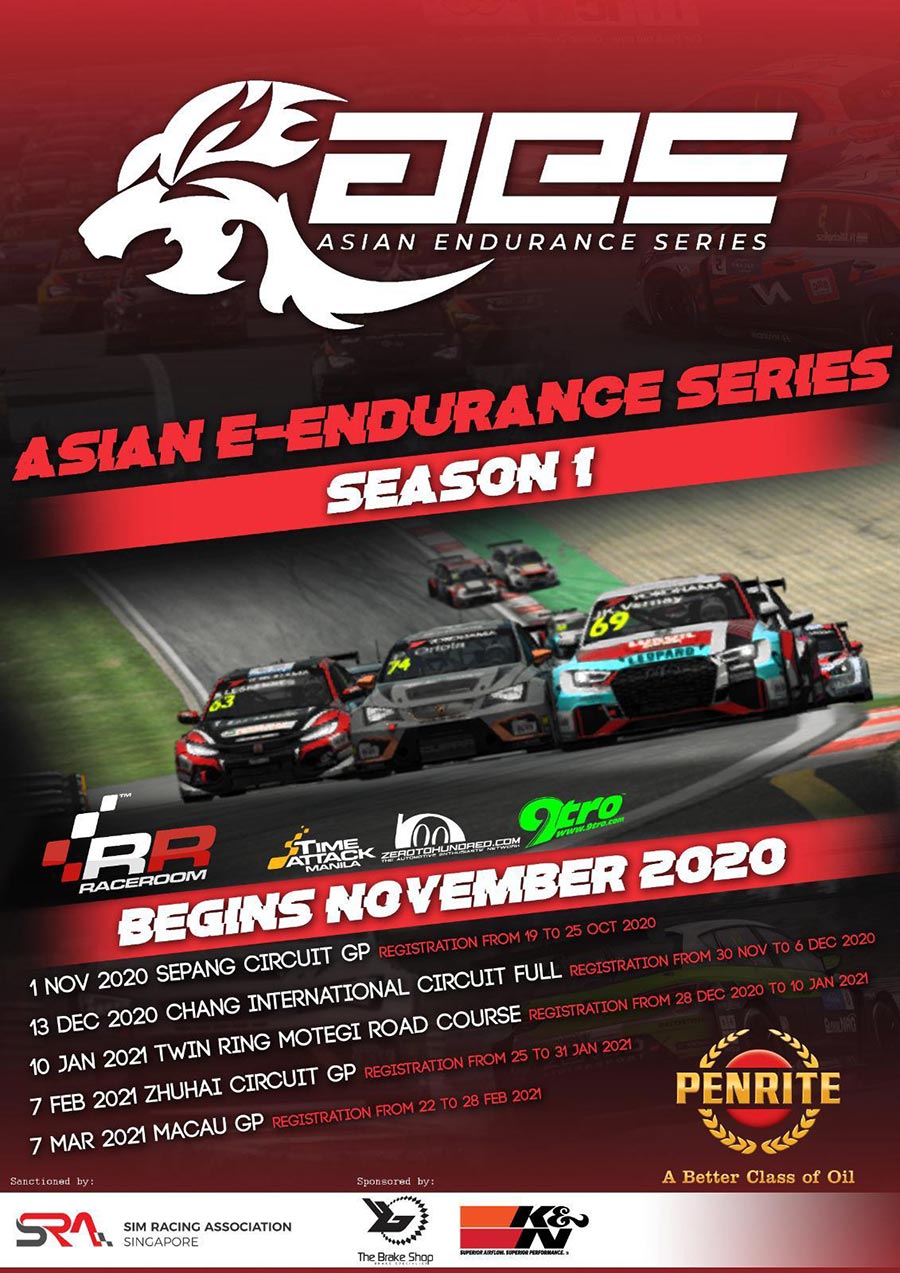 What’s ironic though is that, unlike their real-world kart races, the AeES won’t be an enduro. Instead, each event consists of a 10 min Qualifying Session, a 10 min Sprint Race, followed by 2x 30 min Main Races. Their reasoning behind this is to allow for maximum racing action at every round.

The key highlight of the AeES is the prize money on offer. Yes, these guys are giving away CASH! SGD $1 to be exact for every championship scored, reserved for those who accumulate 50 points by the end of the season.

Those who want to sign up, registration is absolutely FREE. Head over to the Asian Endurance Series page on Facebook to register and get a copy of the regulations.