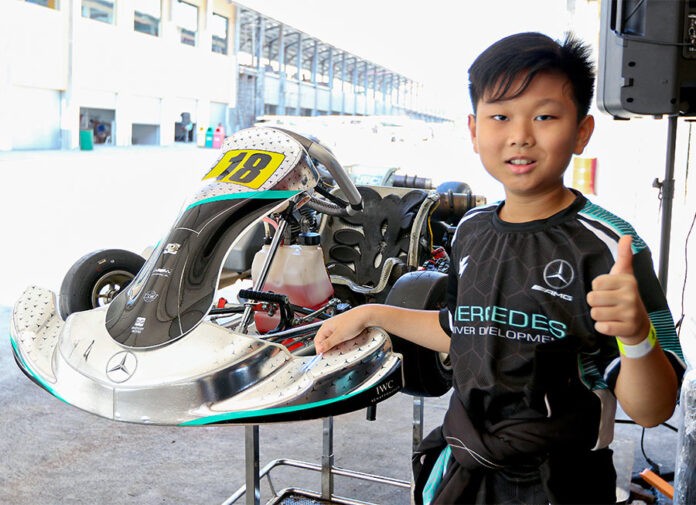 10-year-old Axel Nocom is again out to prove that age doesn’t matter in motorsports as he confirms his entry in the E1 Championship this 2022. The young Filipino has been signed by Team eGG Netowrk to compete in Southeast Asia’s premier sim racing championship where he’s set to face off with some of the best virtual RaceRoom drivers from around the world.

Team EGG Network re-joins the grid after sitting out the past 2 seasons. Its reserved for future star drivers who have shown talent in sim racing and are thus given a chance to shine in the E1 Championship. Axel was handpicked by series Race Director and Axle Sports founder Alex Yoong himself who regarded the young driver as “the most impressive under 12-year-old in South East Asia.”

Axel began his motorsports career in karting and became MiniRok Champion back-to-back in 2020 and 2021. He then took up sim racing seriously at the start of the pandemic and later won the ERacing GP Bronze and Silver Class Championships. His most notable achievement in eSports so far is representing the Philippines in the Southeast Asian Sports Championship (aka SEA Games) with fellow countryman Iñigo Anton. More recently, Axel was the lone Filipino driver in the IUEM Asia Pacific Circuit Racing organized by the Motorsports Association of Malaysia.

His teammate in the E1 Championship ’22 will be Bernard Chan from Malaysia. Opposite to Axel, Bernard is a sim driver who transitioned to real life racer and currently leads the MSF Championship. 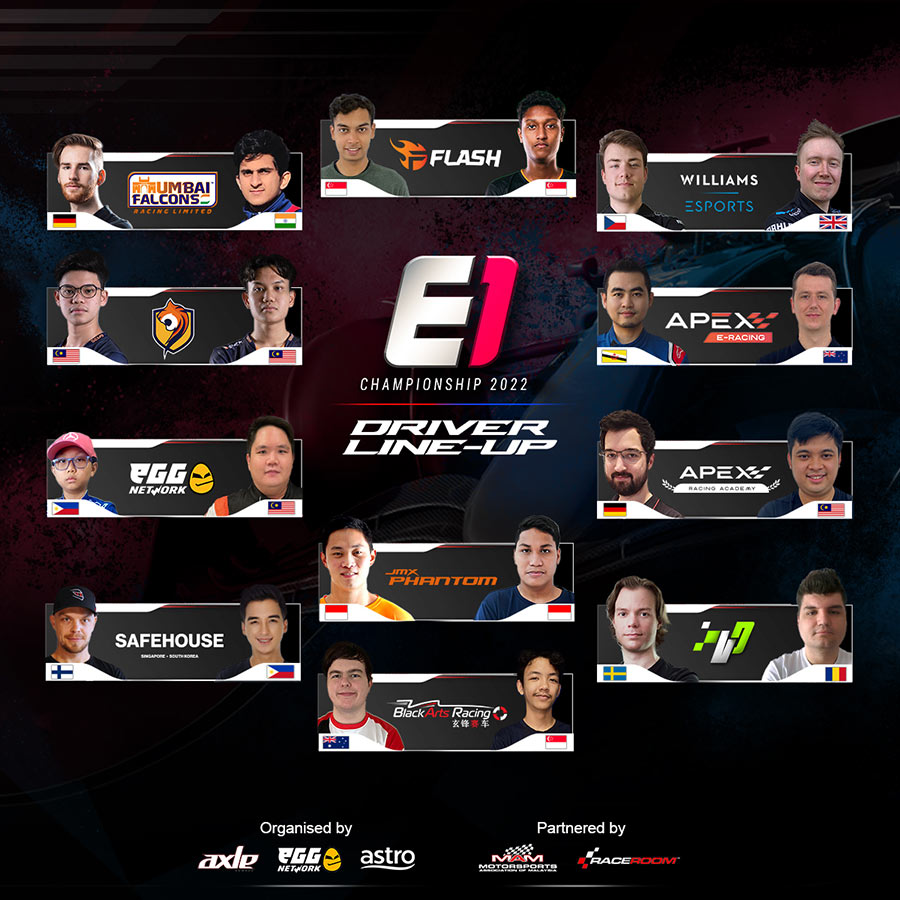 11 teams, with 22 drivers, from 15 different countries will all vie for the US$ 20,000 prize pool this season. But winning won’t come easy. The championship has gained the attention of top virtual and real world teams who have fielded their own entries.

E1 Championship 2022, operated by Axle Sports in partnership with eGG Network, returns to the RaceRoom platform. The competition is sanctioned by the Motorsports Association of Malaysia (MAM), an affiliate of the FIA (Fédération Internationale de l’Automobile) and will kick off on the 7th of September at the Sepang International Circuit (SIC) at 9:00 PM (+8 GMT).

Watch the livestream and Axel Nocom through the race livestream on the E1 Championship Facebook page and YouTube channel. For more info and the latest updates on Axel, follow the Axel Motorsports page on Facebook.