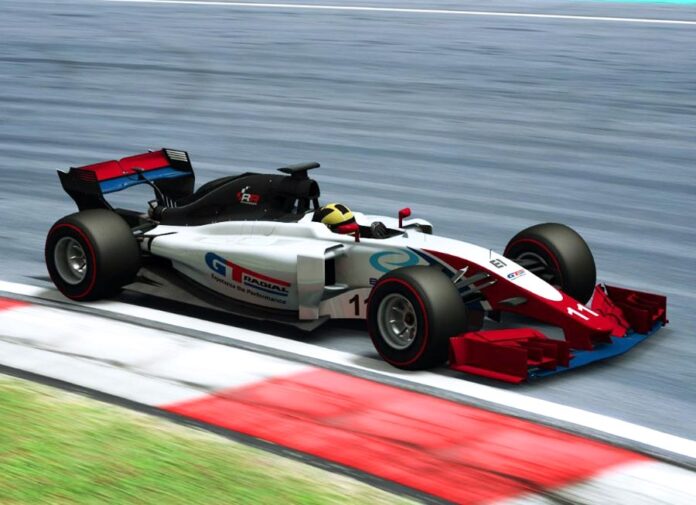 It has always been one of our frustrations to see Eurasia Motorsport complete on a global level with the Philippine flag, yet have no Filipino drivers (with the exception of Daniel Miranda). But as racing shifts online due to the COVID-19 pandemic, our home-grown team is taking this opportunity to sign up for an e-series with an all-Filipino entry.

They’ve recently confirmed young protégés Iñigo Anton and Joaquin Garrido for the inaugural E1 Championship. With backing from GT Radial Philippines, the team will enter the 8-round series under the name GT Radial Eurasia Motorsport that kicks off on the 19th of November at the Sepang International Circuit in Malaysia.

Despite their young age, both are already accomplished drivers in their own right. Iñigo won the Philippine Autocross Championship (PACS) title in 2019 and has several endurance race victories under his name. Joaquin, on the other hand, bagged the Cadet Class Championship in the National Karting Super Series back in 2015 with more karting wins accumulated over the last few years. And with the rise of sim racing, the pair were able maintain their winning ways in the virtual world this 2020.

Helping them in the E1 Championship is Tan Lip Han who happens to be Eurasia Motorsport’s Data Engineer. The youngsters should be able to pick up valuable experience as he recently worked on the team’s Asian Le Mans Series and 24 Hours of Le Mans programs.

All events will utilize the RaceRoom platform in a championship calendar that stretches from November 2020 until January 2021. Included in the schedule are renowned circuits such as the Dubai Autodrome, Spa-Francorchamps, and Mount Panorama.

Mark Goddard, Eurasia Motorsport Team Principal: “We, as a team race around the world, but we are proud of our heritage and roots here in the Philippines. We enjoyed a lot of coverage recently after a successful 24 Hours of Le Mans program and we would like to give something back, some way of helping two talented young Filipino racers raise their profile over the next few months.

“Our long-term goal is to compete in the 24 Hours of Le Mans with a Filipino driver, and this – GT Radial Eurasia Motorsport – is the first step to potentially help them get there. With the support of a world-class team and corporate Philippines, we can make the dream come true. It’s great that GT Radial is supporting talented young Filipino racers and helping them to take the first steps to Le Mans glory.”