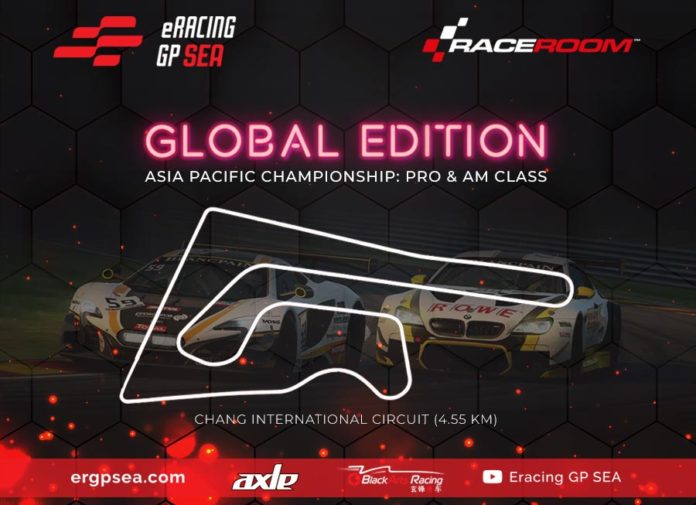 Adding to his list of talents as a race car driver, motorsport consultant, and commentator, Alex Yoong has now delved into the world of sim racing as a race organizer. The ex-Formula 1 driver recently put up his own online series, which will see real-life Pro Drivers go up against the best Sim Racers from South East Asia in the new ‘ERacing GP Asia Pacific Championship’.

The 6-round series was given the go ahead after a successful shakedown event a week ago. And now, they plan to do it via RaceRoom every Saturday starting on the 28th of March until the 2nd of May while the world is on ‘lockdown’.

There will be 2 separate grids per race day with Pro Class drivers on GT3 machinery, while the Am Class drivers compete on GT4. Each driver must ‘qualify’ in their respective RaceRoom leaderboards on the Thursday prior to the race. 40 slots are available in the Pro Class, 10 of which are reserved for invited drivers. They’ll then be further split into Group A and Group B with 2 races each, where the second being a reverse-grid race. Only the Top 10 from each group gets to advance into the Finals.

Meanwhile, only 24 slots are allotted for Am Class drivers also with 2 races, but no Finals.

What’s good though for people like us, who are stuck at home due to the COVID-19 pandemic, is that we get to watch every race through ERacing GP SEA’s livestream on YouTube hosted by Alex himself.

The very first event is scheduled this Saturday on the virtual version of the Chang International Circuit in Thailand. Am Class races will get the green light first at 3:00 PM (GMT+8), followed by the Pro Class at 5:00 PM, and the Pro Class Finals at 7:00 PM.

After this, they’ll move to a different previously unused circuit for each succeeding round.