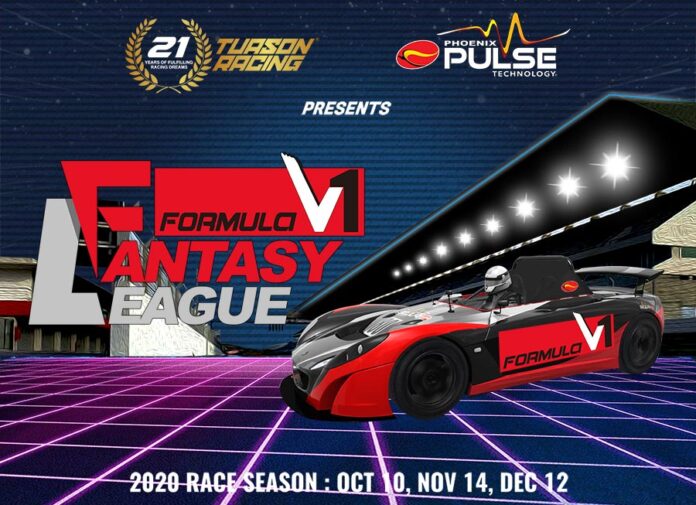 The problem with sim racing isn’t the realism, but the lack in involvement as a spectator. There’s no story from behind the pitlane, no machinery to admire, not even a podium ceremony to celebrate. Tuason Racing with partner Phoenix Pulse is doing something to fix that, by giving us a chance to be part of the action in their new Formula V1 Fantasy League.

Set to kick off this October, they’ve taken their races online in the ‘Phoenix Pulse-Formula V1 Virtual Cup’. The season will run over the course of three (3) race weekends with competitors split between Pro and Am Classes much like its real-life counterpart.

As spectators, the Fantasy League then allows us to get involved as our very own ‘Team Owners’.

“Because of the current situation, we realized that we need to have a holistic approach in creating the virtual racing community. We don’t want to leave out fans because they are not gamers and we want them to continuously enjoy the excitement and camaraderie of the racing community. Our team has worked hard to get this program going and we are proud to roll out another first in our effort to grow motorsports,” said JP Tuason, Founder and CEO of Tuason Racing. 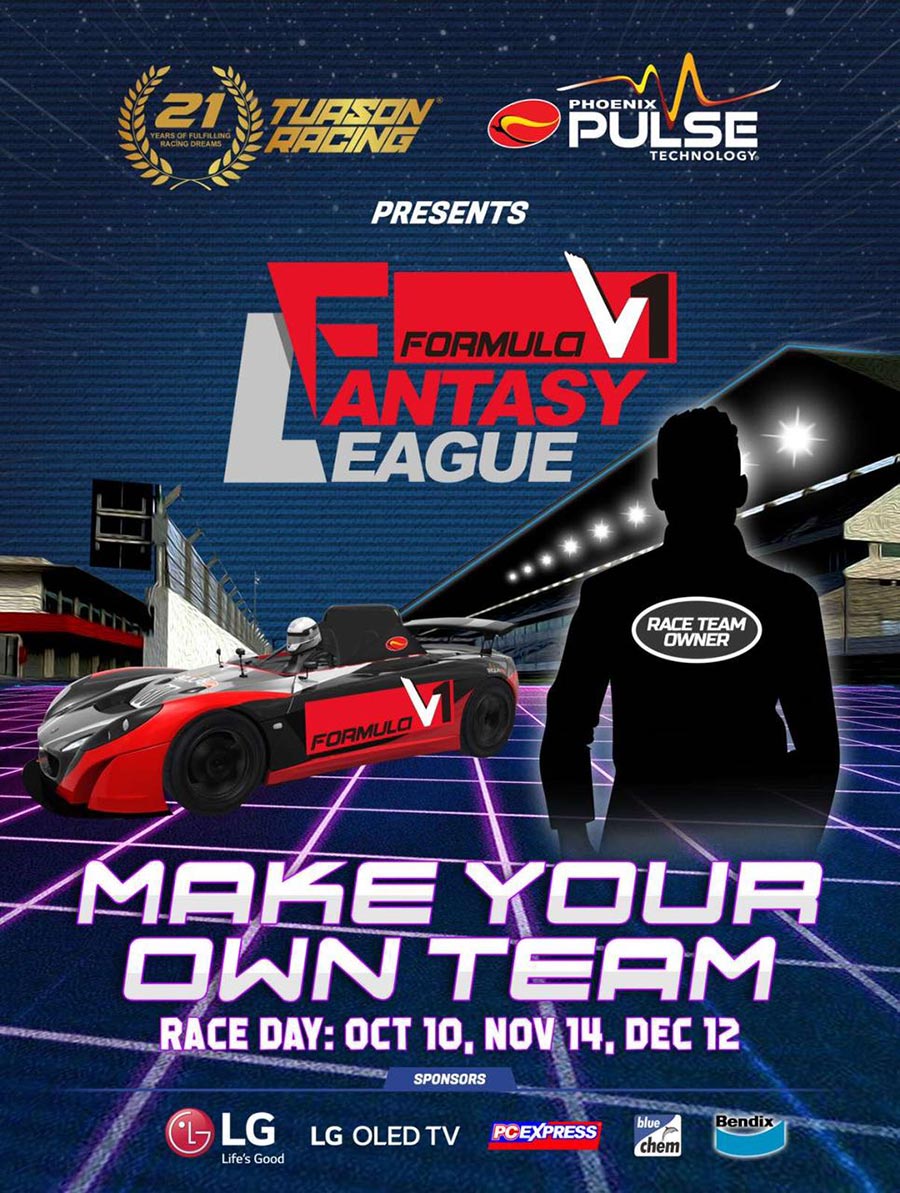 The very first step to forming your own team is to visit the ONLINE REGISTRATION: http://bit.ly/FV1FantasyLeagueReg

Points earned will be based on your drivers’ and team’s race results, so choose wisely. There will also be WEEKLY GAMES & CHALLENGES throughout the season to add up to your points tally.

Driver stats, points, and rankings for the Formula V1 Fantasy League will then be published at the end of each round, so you can track how you and your team are performing.

Note that they’re going to award five (5) winners per leg, plus the top three (3) in the championship at the end of the season. Not only that, all the points you collect can be redeemed in exchange for awesome prizes from Phoenix Petroleum Philippines, LG Philippines, BlueChem Philippines, and Toptul.