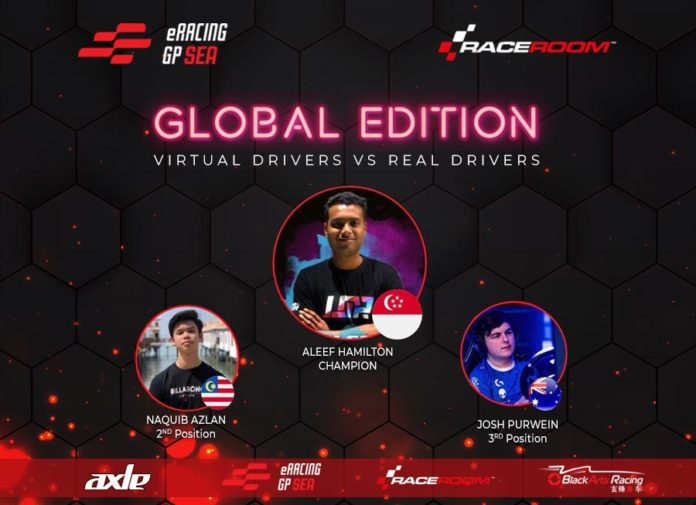 No, not 6-time world champion Lewis. We’re talking about Ar Muhammad Aleef Mohamed Rafik, or otherwise known as ‘Aleef Hamilton’ in the sim racing community. Over the course of 6 rounds, this 22-year-old from Singapore bested 67 other drivers from the region to take the GT3 PRO title in the very-first ERacing GP SEA: Global Edition.

Held from the 28th of March to 2nd of May, the series was quickly put together by ex-Formula 1 driver Alex Yoong in response to the COVID-19 pandemic. This gave real-world drivers and sim racers the continue racing, whist the world grinds to a standstill.

GT3 PRO
Aleef was truly in a class of his own with his iconic blue-liveried #101 Walkenhorst Motorsport BMW M6 GT3. He amassed a total of 7 race wins and 7 podium finishes to win the title by a mere 13 points over closest-rival Muhammad Naquib Azlan. And his prize for being champion is no less than an actual 1-day test in a Formula Renault with Black Arts Racing.

While the Naquib did technically score more wins, the Malaysian missed out on the crown against Aleef’s consistent results. But all is not lost for the 19-year-old. As it turns out, the best young driver in the GT3 PRO category aged 16 to 20 years old also wins a single-seater test.

Meanwhile, Josh Purwien from Australia managed to get onto the last podium spot in the overall GT3 PRO standings.

There were also 9 drivers from the Philippines who mixed it up with the best racers in SEA. Luis Moreno was undoubtedly the quickest of them all, who with his 3 podium finishes, ended the season 14th in the standings. Daryl Brady effectively drove his Porsche 911 GT3 R to 2 podiums and 19th in the points, while Alexis Clapano could have surely added to his tally of 3 podiums if he didn’t miss 3 events.

15-year-old Iñigo Anton only joined halfway through the series, but still gave the PRO drivers a run for their money. Other notable entries from the Philippines include Terence Lallave, Paul Faustino, Christian Duque, Mark Volta Elman, and Dean Jose. 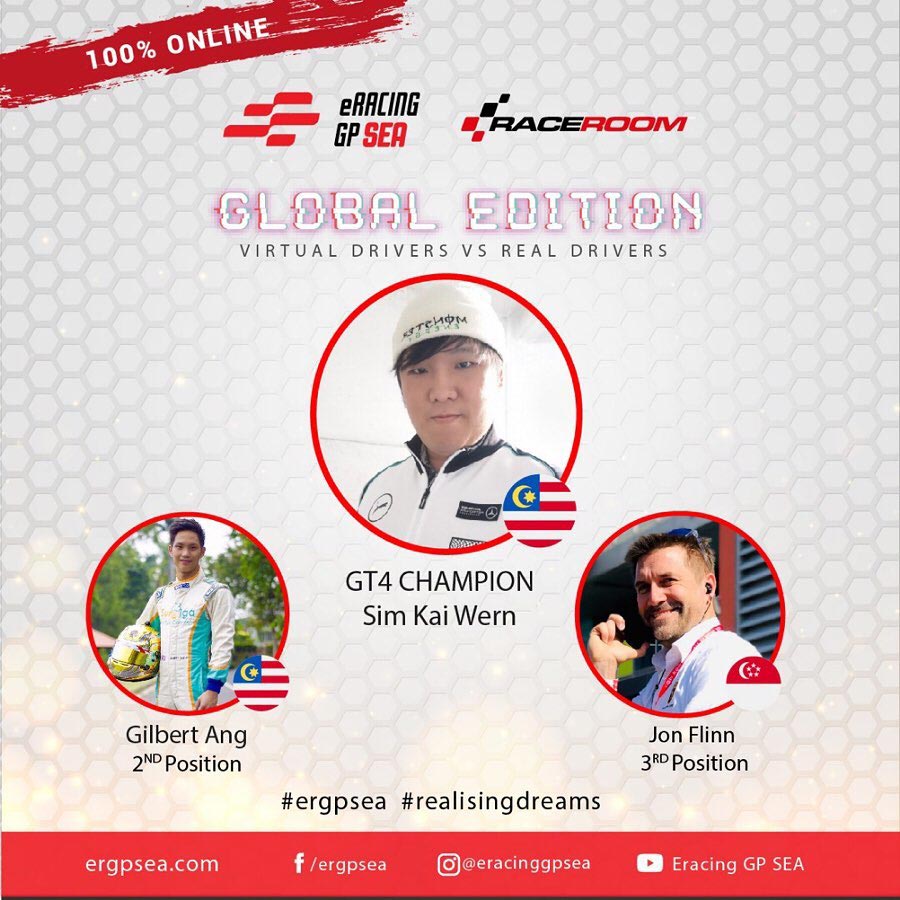 GT4 AM
Despite having 40+ drivers vying for the win, the GT4 AM class was for the most part a 2-man race between Sim Kai Wern and Gilbert Ang. Their duel would go all the way down to the wire with a winner-take-all bout at the season finale.

Gilbert drew first blood as he chipped away at Kai Wern’s lead with a victory in Race 1 around Bathurst. This placed him only 5 points behind his fellow Malaysian heading into Race 2. As luck would have it, Kai Wern was involved in a first lap incident that dropped him to the back of the field. So mathematically, all Gibert had to do was finish 10th or higher and the title was his. But the tight and twisty Mount Panorama later caught him out and suffered a shocking DNF, handing the GT4 AM crown to Sim Kai Wern.

A long way behind in 3rd overall is Jon Flinn from Singapore, who also happens to be the head of Lamborghini Motorsport APAC.

Sev Tagulo was the best amongst the boys from the Philippines in 7th. Oliver Aquino missed the last 3 events yet is still classified 12th. Then there were the rising talents Joaquin Garrido, Bjorn Ongtiaobok, and Allen Escoto.

Following the first-ever Global Edition’s success, Alex Yoong has confirmed that ERacing GP SEA is now preparing for another championship set to begin on the 31st of May 2020.