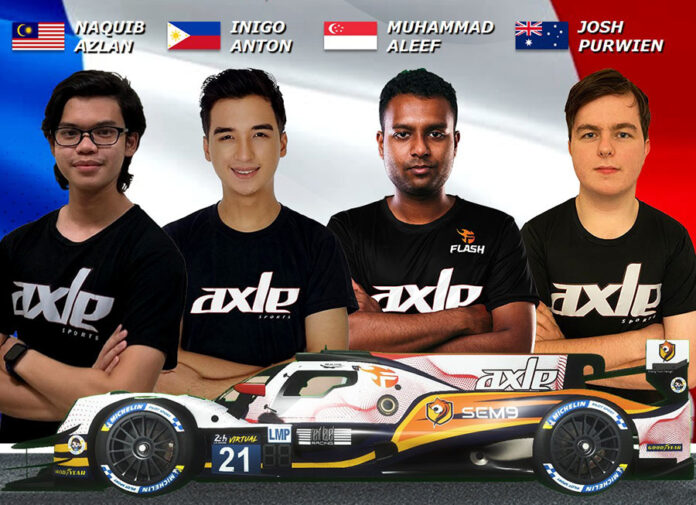 2021 was a banner year for Iñigo Anton. He claimed the Vios Cup Sporting Class title and finished runner-up in the Gold category of ERacing GP. Now, barely a month into the new year, he’s back behind the driver seat to set yet another milestone with a confirmed entry into the 24 Hours of Le Mans Virtual.

The 17-year-old will race under the team of ex-Formula 1 driver Alex Yoong this coming January 15/16. SEM9 Flash Axle is entering a white-and-orange liveried Oreca 07 LMP2 which Iñigo will share with Naquib Nor Azlan from Malaysia, Ar Muhammad Aleef (aka Aleef Hamilton) from Singapore, and Josh Purwien from Australia. They’ll be up against a 50-car grid split between LMP prototypes and GTE cars, with star-studded drivers such as Juan Pablo Montoya and newly-crowned Formula 1 World Drivers’ Champion Max Verstappen just to name a few. 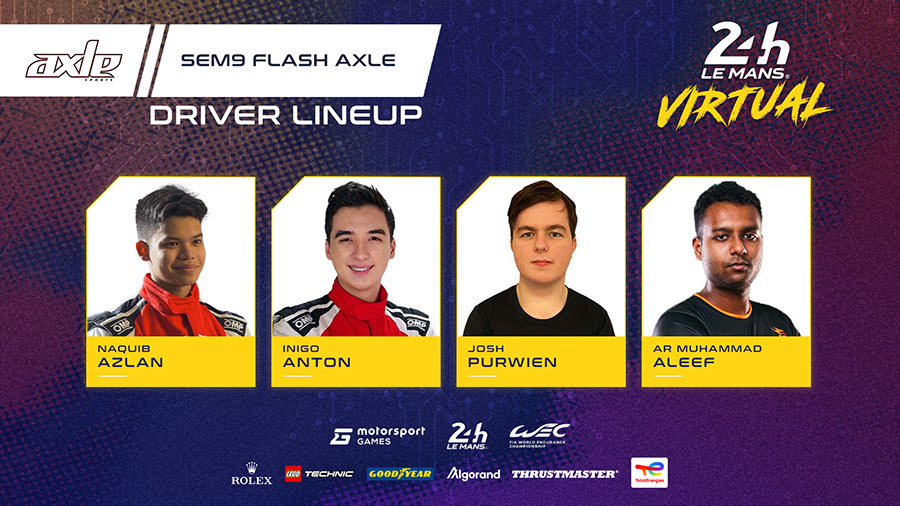 “Our team boss Alex Yoong, our race engineer, and our whole team have been preparing hard for the 24 Hour of Le Mans Virtual and we are super excited to be racing with the world champions of both real life and sim racing. We hope to finish in the top ten and we will do our best to represent the region,” said Iñigo.

He is the lone Filipino driver of all 39 countries represented by 200 elite sim and pro racers in the 24 Hours of Le Mans Virtual. Echoing its real-world big brother, the race will be green lit at 9:00 PM local time and can be watched live on Facebook, YouTube, and Twitch. This event serves as the finale of the inaugural Le Mans Virtual Series with 50% of the entire $250,000 prize available for the standalone 24-hour race.