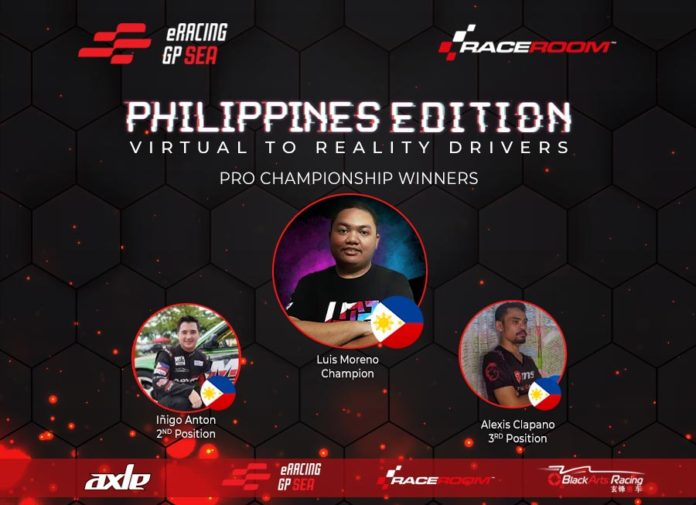 ‘ERacing GP SEA: Philippines Edition’ is a new online virtual series, organized by ex-Formula 1 driver Alex Yoong. It ran over the course of 4 weeks to see who were the quest sim racers in the Philippines. A total of 57 drivers (with 25 in PRO and 32 in the AM Class) took part in the very-first season. And as we later found out, Luis Moreno and Voltaire Sayco would take all the spoils in their respective categories.

Events were held on the RaceRoom platform, broadcasted on livestream every Friday afternoon, with races at the Sepang International Circuit, Raceroom Raceway, and Portimão Circuit. Everyone was then required to compete on identical Aquila CR1 Sports GT cup cars, thus ensuring a level playing field.

What’s good about the software, track, and car selection is that all were all FREE-TO-DOWNLOAD. So anyone with a PC (or a BootCamped-Mac) and a rig can enter the competition.

PRO CLASS
Several drivers who were also part of the original ERGP: Global Edition were early favorites. But it quickly became obvious that the championship scuffle was going to be between Luis Moreno, Alexis Clapano, Terence Lallave, and Iñigo Anton.

Several unlucky excursions from Clapano and Lallave dropped them out of contention for the title. That left Moreno and Anton to settle the score during the finale with only 30 points separating the 2 drivers. Anton gave Moreno a run for his money in Race 1 around the Sepang International Circuit and hounded the Legion of Racers driver for half the race distance. But then, a costly spin from Anton sealed the title for Moreno who cruised to the PRO Class Championship with 4 race wins in the bag.

Clapano started strong with consistent podium finishes and even a race win. However, he lost his stride halfway through the season and couldn’t take the fight to Moreno and Anton, collecting 3rd in the end. 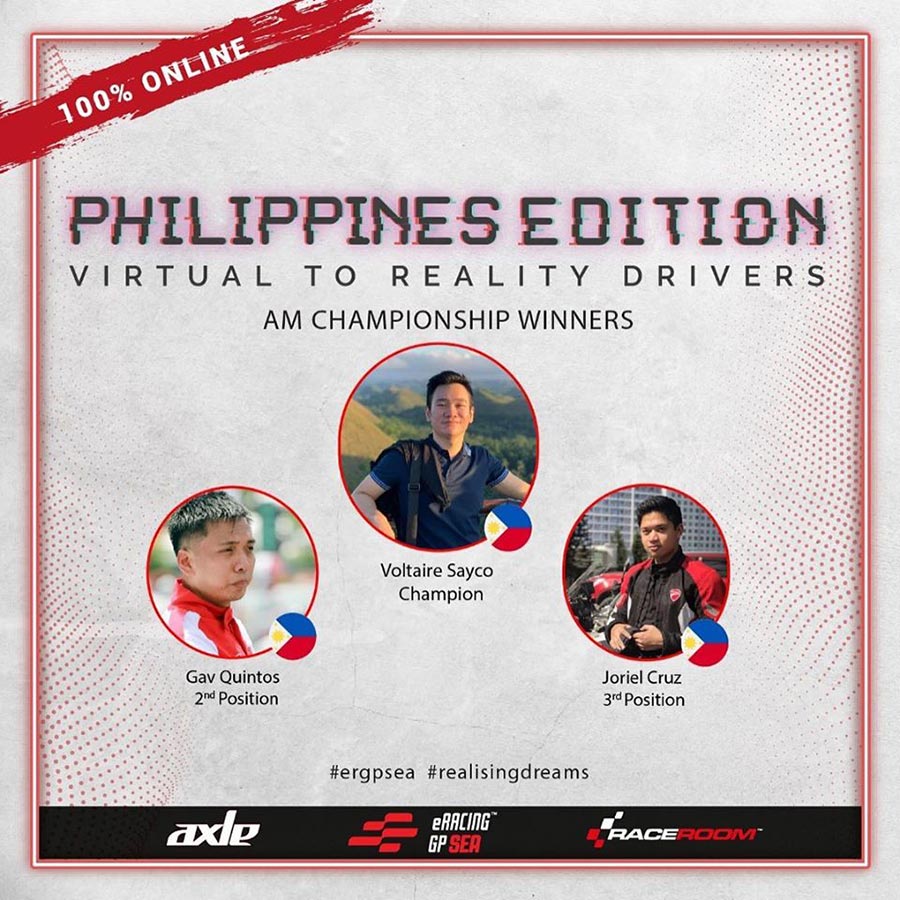 AM CLASS
In contrast to the established PRO runners, the AM Class was a mishmash of talent up and down the grid. The likes of John Lawrence Bernardo, Francis Angelo Gonzales, Darien Panlilio, Zetrick Orate, Rabboni John Buenaventura, Erwin Ramos, and Elljay Mutuc had their shining moments but all failed to follow through.

Then there were real-world racers Paolo Santos and TJ Alberto. Both are very capable drivers, but were hampered only by their lack of experience in sim racing or internet connection problems.

This left Voltaire Sayco and Gav Quintos to fight it out at the front. Quintos had his moment of brilliance during Round 2 where he scored both victories at the Raceroom Raceway. Nonetheless, the consistent results from Sayco ultimately decided the championship and earned him the title by a mere 16 points. Quintos ended up 2nd overall with Joriel Cruz in a distant 3rd.