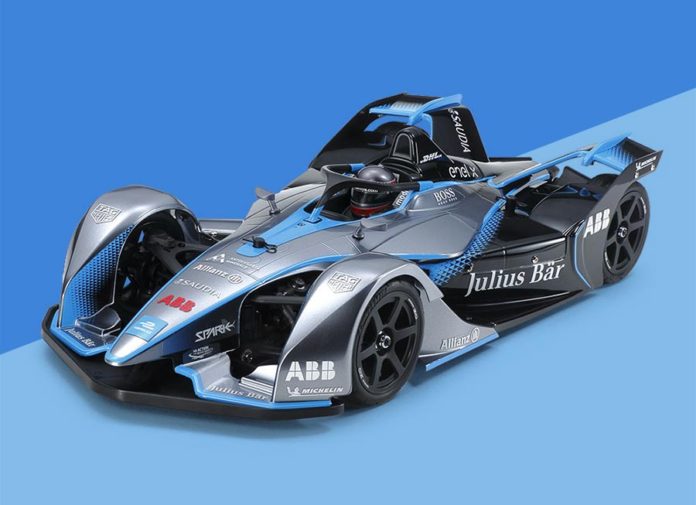 We don’t know why it took anyone this long, but surely building a Formula E radio-controlled car was a project waiting to happen. The real deal already sounds (and runs) very much like an RC, so everything just had to be downsized to scale, right? Although a film studio did create a few in limited numbers for a TVC, Tamiya has finally stepped up to the challenge with their newly-released TC-01 chassis.

Now available as a kit, the ‘Formula E GEN2 Car – Championship Livery’ (Item # 58681) faithfully replicates the 2nd generation chassis that was introduced for the 2018 Formula E Championship. The body is polycarbonate, which would you believe is composed of 8 separate parts in order to get all the details right especially the front wheel covers and split rear wing. The rear diffuser, halo, driver helmet, and side mirrors however are molded in plastic. 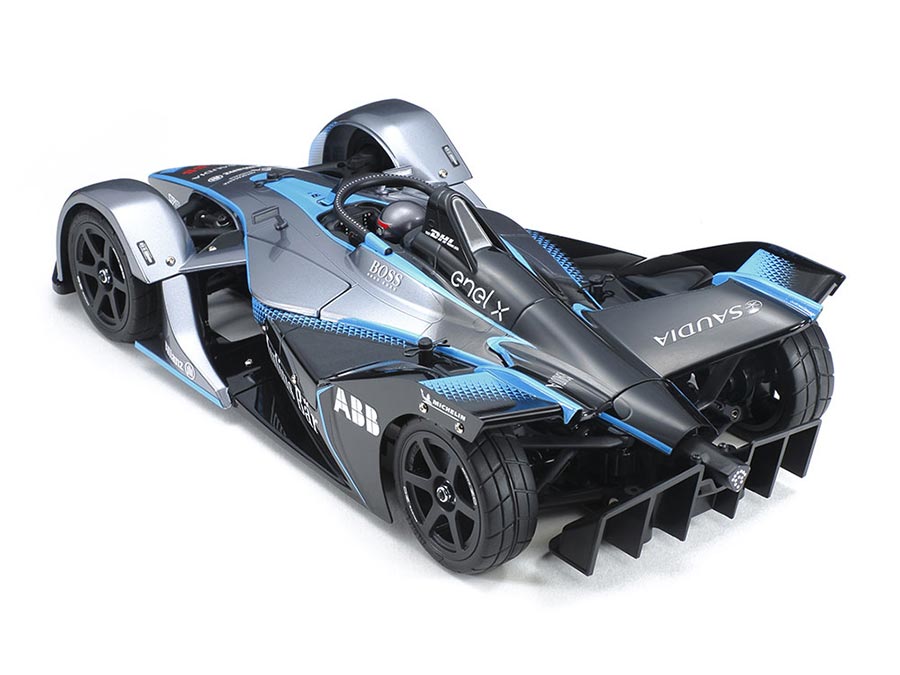 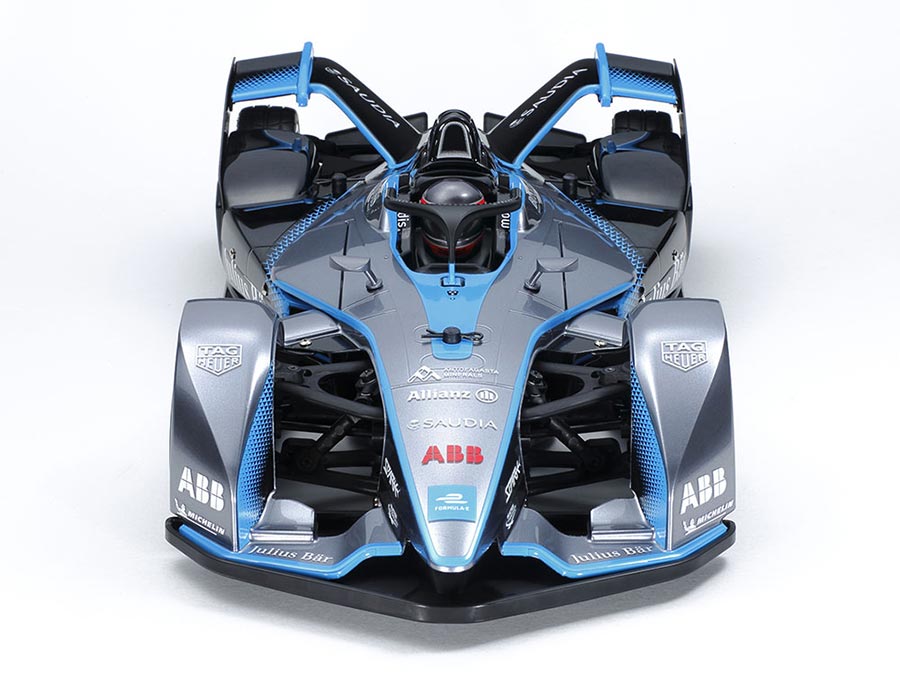 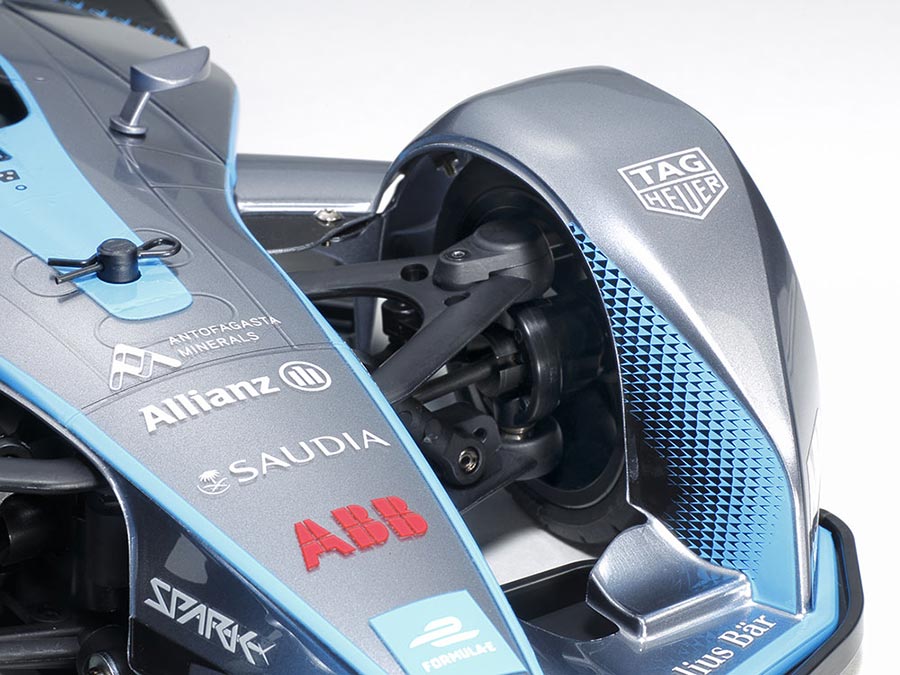 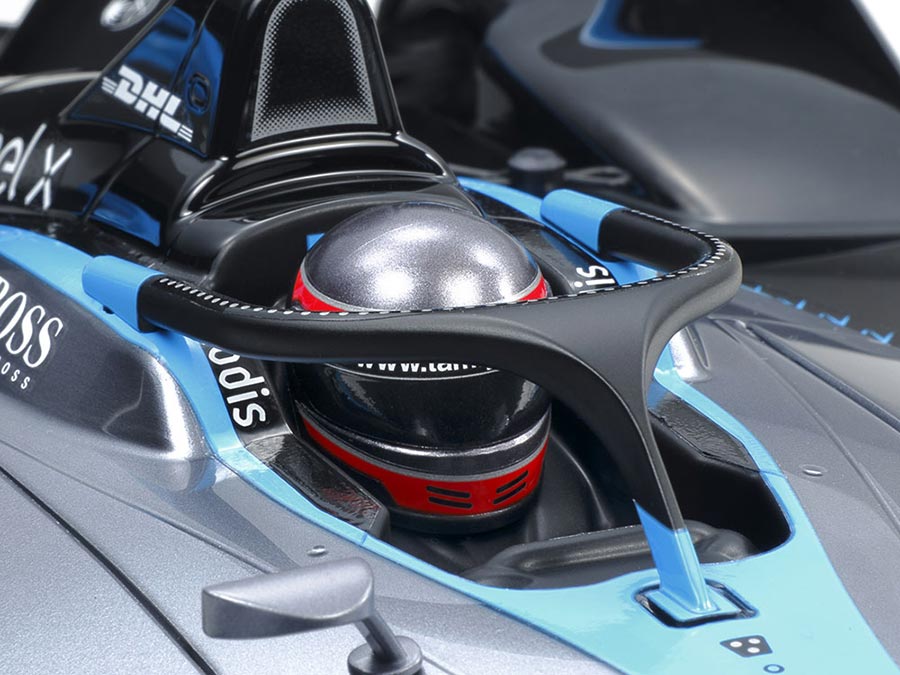 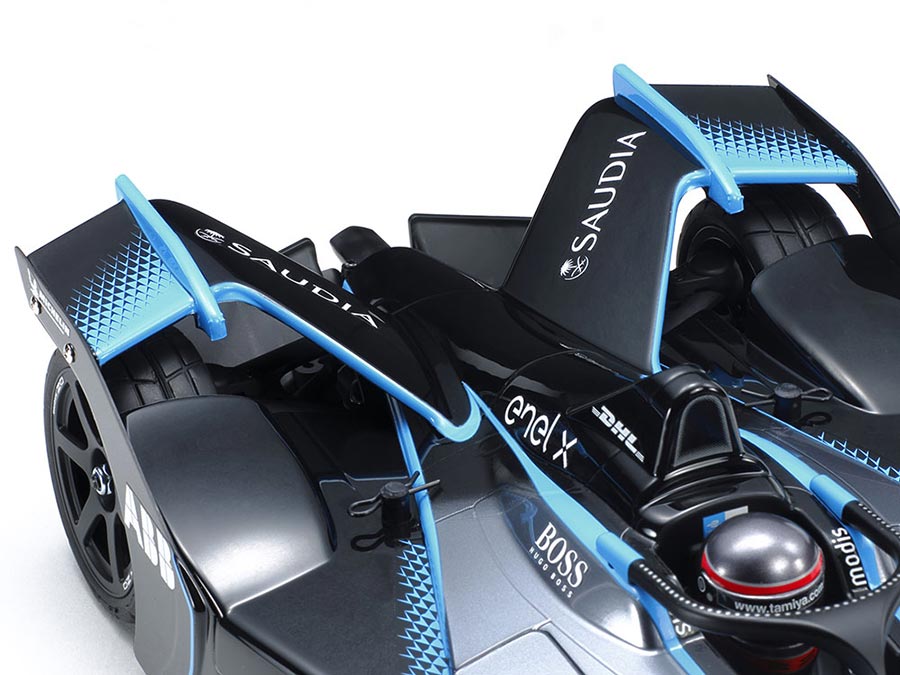 The box art also features the ‘Championship Livery’ used when the GEN2 chassis was unveiled a few years ago. But as always, hobbyists are more than welcome to reproduce any of the liveries used by the 12 teams in the series.

Much like the body, the TC-01 is also a work of art in itself. It’s an entirely-new design that utilizes double independent wishbone suspension on all 4 corners, as well as inboard dampers complete with rocker arms and pushrods that mimics a real Formula E. What’s odd though is that the TC-01 is 4WD instead of being RWD like the real deal.

Those familiar with Tamiya’s RC lineup should quickly see that it liberally ‘borrows’ pieces from the brand’s parts bin. Its 4WD driveline is from a TB-05 which includes the motor mount and oil-filled differentials. Meanwhile, the suspension mounts are lifted off an M07, while the monocoque chassis design is now a staple across many of Tamiya’s latest releases.

An important detail to note though is that the TC-01 is 188 mm wide, with a 257 mm wheelbase, and runs on standard 24 mm touring car wheels. This means that it can be converted into a standard touring car fitted with any 190 mm body using a different bumper and body posts, which may or may not be included in the kit. 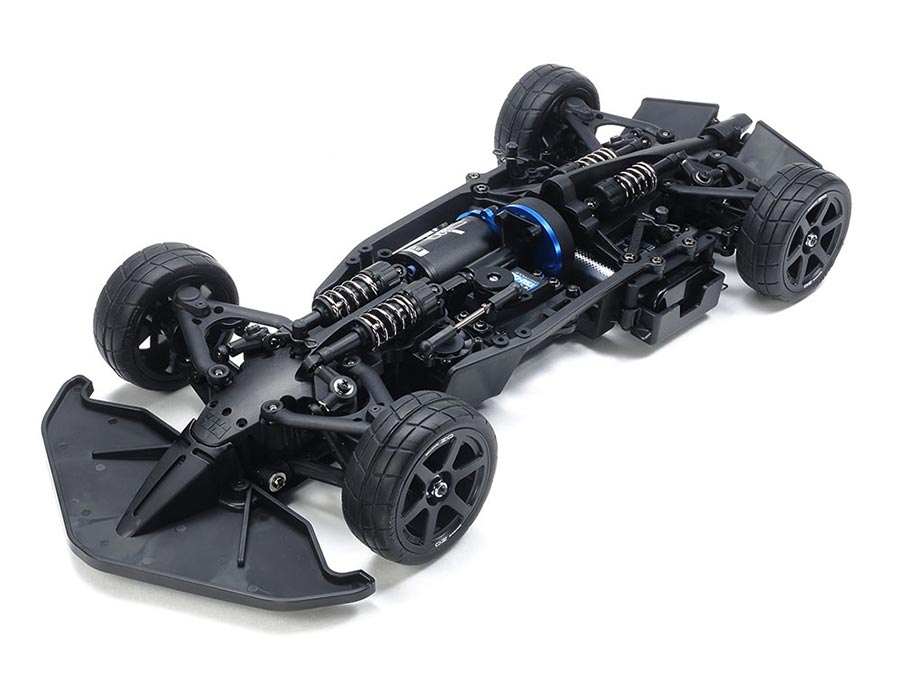 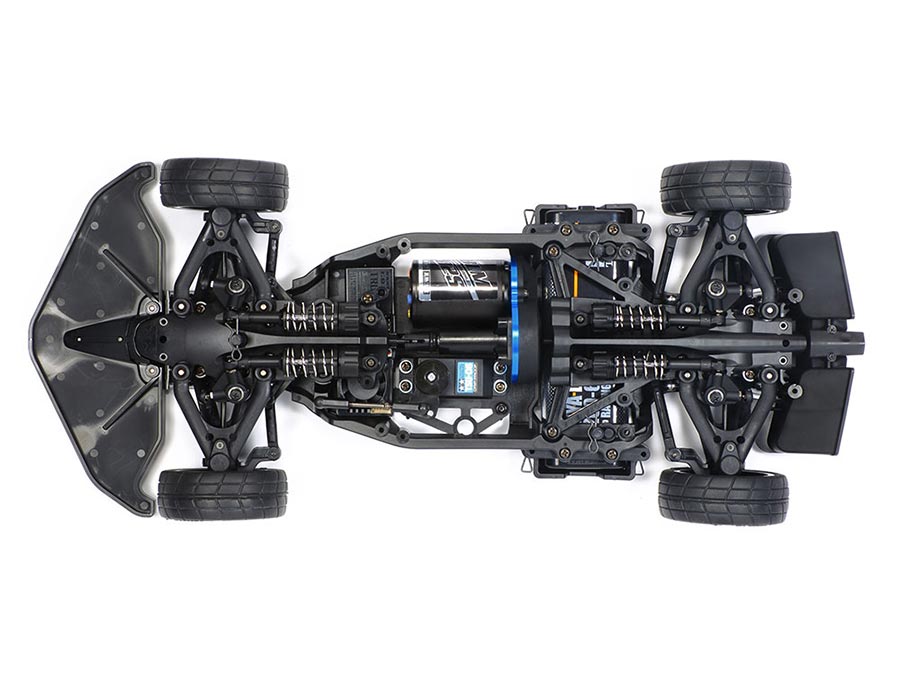 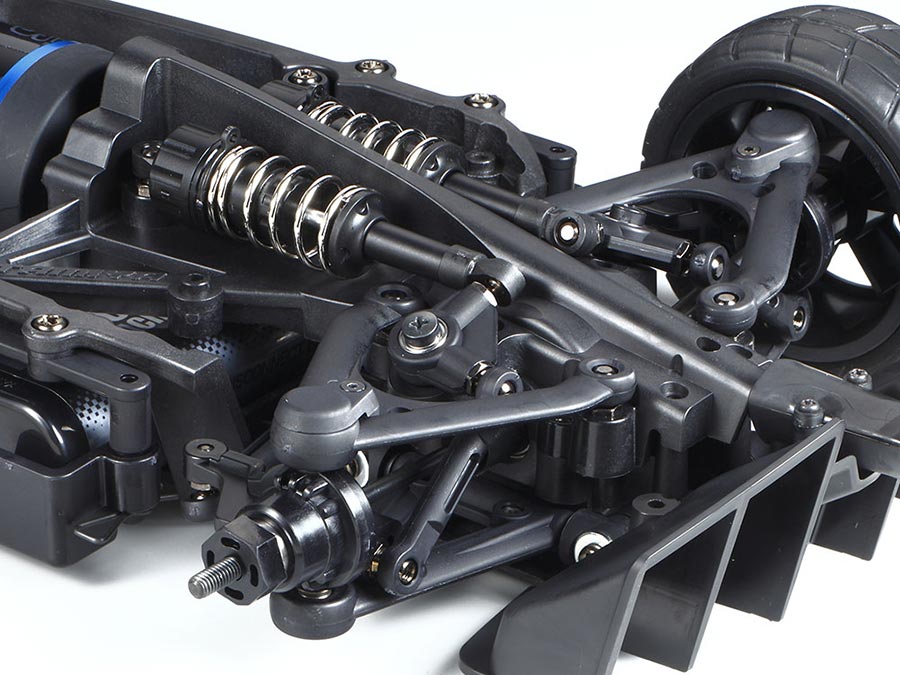 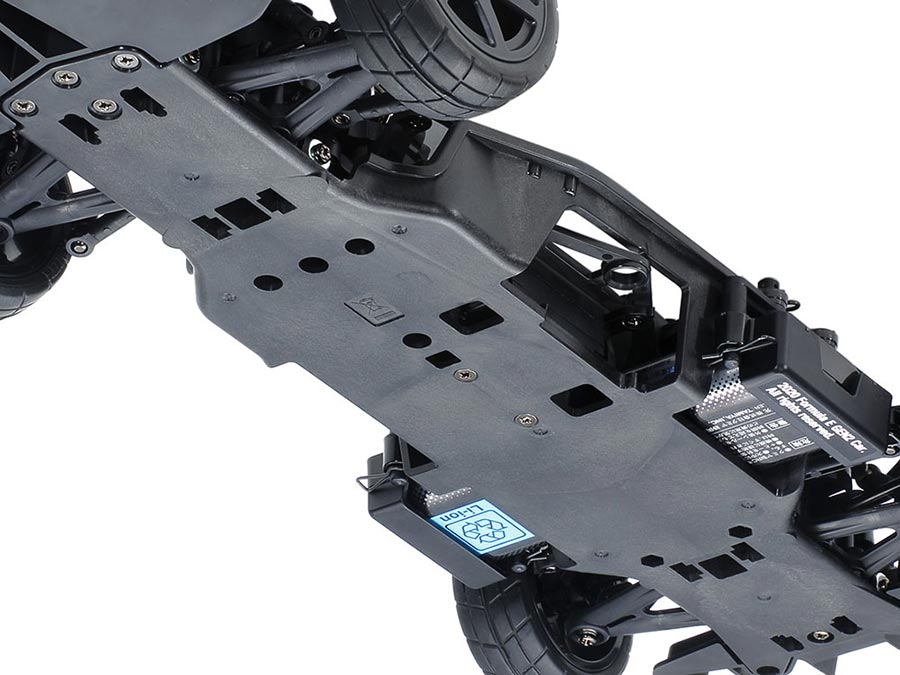 On the flip side, the TC-01’s low profile chassis can reportedly accommodate the Toyota GAZOO Racing TS050 Hybrid that originally came with the F103GT chassis. That leaves us to wonder whether it’ll work the other way around. Because if the ‘Formula E GEN2 Car – Championship Livery’ body can be mounted on the F103GT (with some work to clear the diff), what you’ll end up with is a proper RWD electric single seater.