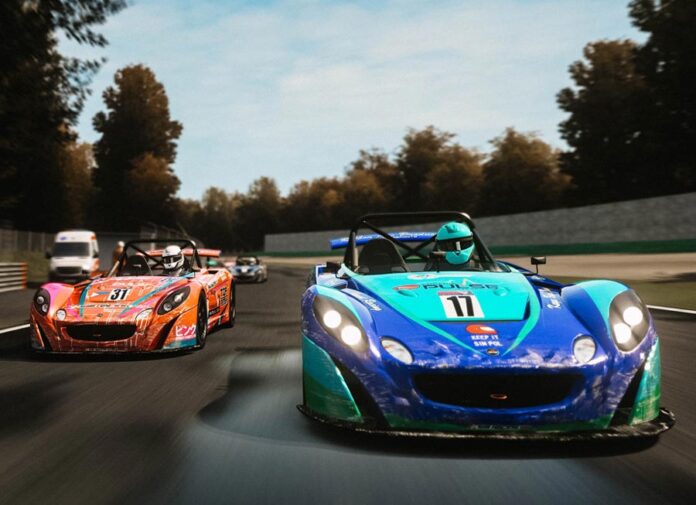 With 52 drivers in total (22 in PRO and 30 in AM), the very first Phoenix Pulse-Formula V1 Virtual Cup was a resounding success. It was held on a very sunny Autodromo Nazionale di Monza on Assetto Corsa, in a race won by Luis Moreno and Andre Varquez.

There was action up and down the AM Class grid as drivers were darting off course left and right. But as this was sim racing, it was fortunate that no one got hurt. Up ahead Jether Miole and Real Lerpido were nose-to-tail throughout the race in the battle for P3. But Miole managed to find a way past on the final lap and take 3rd place across the line. Francis Metrillo, on the other hand, slotted in P2 in the early stages of the race and held position until the very end and finished 2nd. And in control throughout was Andre Varquez of Ribbon Arc x Productivv Motorsports who led from start to finish and won with a 3.331 secs advantage. 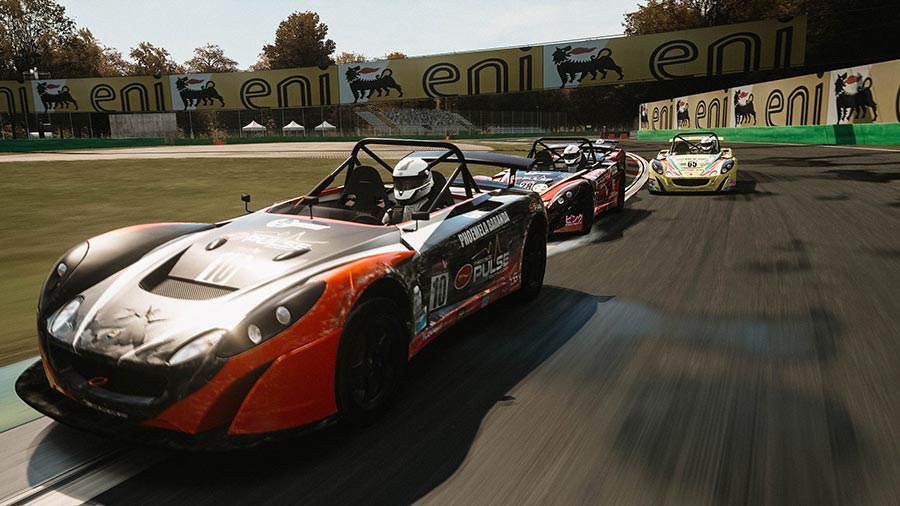 Things were just as chaotic in the PRO Class with multiple FV1 cars blocking the track at the start. Those who managed to escape the chaos were Russel Reyes, Luis Moreno, Iñigo Anton, and Daryl Brady who battled for the top spot. Reyes held onto the lead until Moreno got past on the penultimate lap. Anton hounded Moreno all the way to the chequered flag but was unsuccessful to get past. Luckily for him, he managed to keep 2nd place despite being handed a 5-secs penalty due to a collision earlier in the race. The same couldn’t be said about Reyes who spun out while running in P3, handing 3rd place to Daryl Brady. 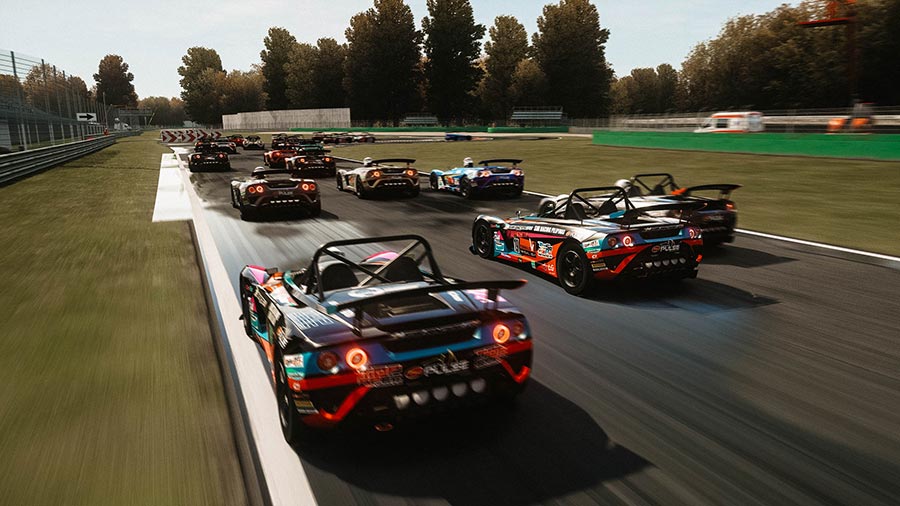 Both Varquez and Moreno managed to set the fastest lap in their respective races, earning them 2 extra points towards the AM Class and PRO Class championships.

The Phoenix-Pulse Formula V1 Virtual Cup will resume this October 17 for Race 2 of the 2020 championship. This is the championship stacks up so far. 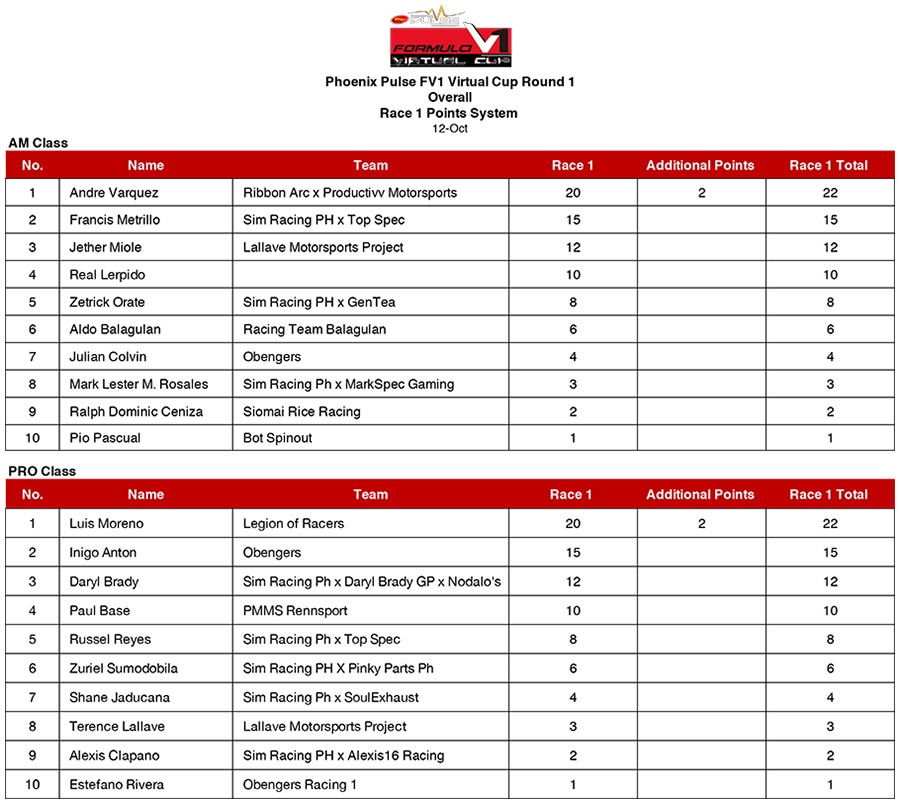