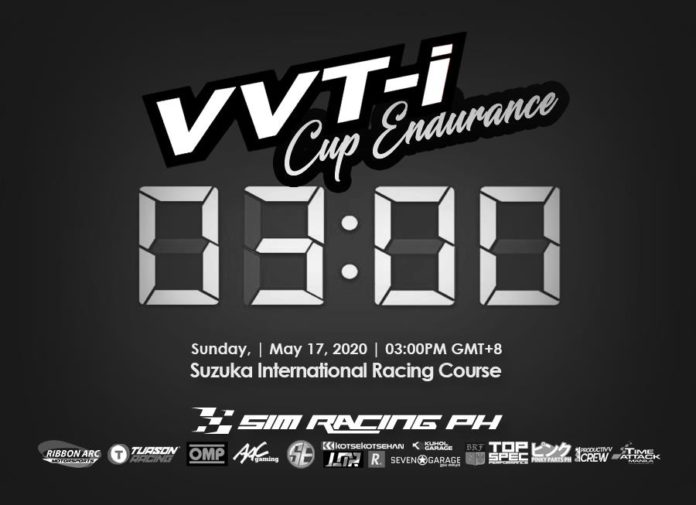 Sim Racing Ph (SRPh) is just about ready to wrap up the 3rd season of their VVT-i Cup and here they are again with another even bigger event online. These guys are now preparing for the first-ever VVT-i Cup 3 Hour Endurance, which is scheduled for the 17th of May 2020.

It’ll run on the ever-reliable rFactor 1 sim racing platform, the same one used in their one-make-series, as well as the very same Vios Cup Car. This time though, at least three (3) people must share driving duties done via virtual driver changes. Teams must then race around the 5.807 km Suzuka Circuit in Japan for 180 minutes non-stop.

Hopefully they’re able to confirm at least 10 entries for the race, who will then be segregated into 3 separate classes: Invitational, Group A, and Group B. Teams in Group A, as the name suggests, must have at least a single Group A driver to qualify. Group B is for all newbies to sim racing, while Invitational is reserved for the top guns with a strong possibility of several teams from South East Asia joining the grid.

While there are no prizes or championship points at stake, the success of the VVT-i Cup 3 Hour Endurance will help SRPh shape their planned future races, which we hope can include longer 4, 6, 12, or even 24 hour enduros.

Anyone with a Windows-based computer, whether laptop or desktop, can enter the VVT-i Cup 3 Hour Endurance. Head on over to Sim Racing Ph’s Facebook Group for detailed instructions, what files you need to install, and how to race with them.