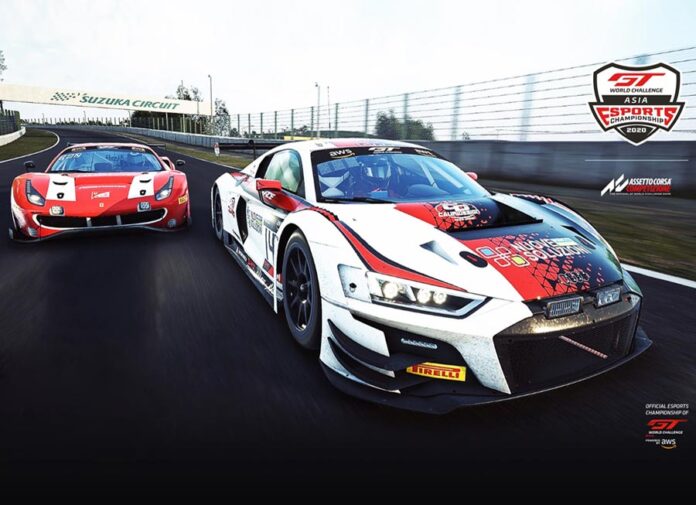 Earlier this year the SRO Motorsports Group, who happens to be same the people behind the Blaincpain GT World Challenge, had to take their races online due to the COVID-19 pandemic. Their so-called SRO E-Sport GT Series turned out to be quite a success as real-world teams and drivers vied for the Pro and Am Class titles. And now that the championship is over, they thought that it would be a good idea to do it all over again but in Asia.

Set to kick off next month, the GT World Challenge Asia Esports Championship is running a total of 6 events for drivers around the region. There’s going to be a standalone Charity Cup, followed by a 5-round series, all staged on Assetto Corsa Competizione.

As it’s going to be open to both rear-world drivers and sim races of different skill levels, they’ve divided competitors into 4 individual classes. There’s Real-PRO, Real-AM, Sim-PRO, and Sim-AM. However, only Real-PRO results will count towards a Teams’ Championship, while the Manufacturer’s Title will be open to all driver categories.

Each event consists of Qualifying, followed by 2x 60-minute Races, with a mandatory Pit Stop in between. The only bummer here though is that real-world Asian racing teams and drivers are going to be run separately from sim racers.

Except for the Charity Cup, it’s worth noting that championship rounds are going to be held on Tuesday evenings. This is to avoid clashing with real-world races, which typically takes place over weekends. So please do block your calendars as races will be livestreamed on SRO’s GT World YouTube channel and GT World Challenge Asia’s Facebook page.

While real-world teams and/or drivers will be contacted by the organizers themselves, sim races who intend to participate must submit their applications at www.sro-esport.com/asia to enter.