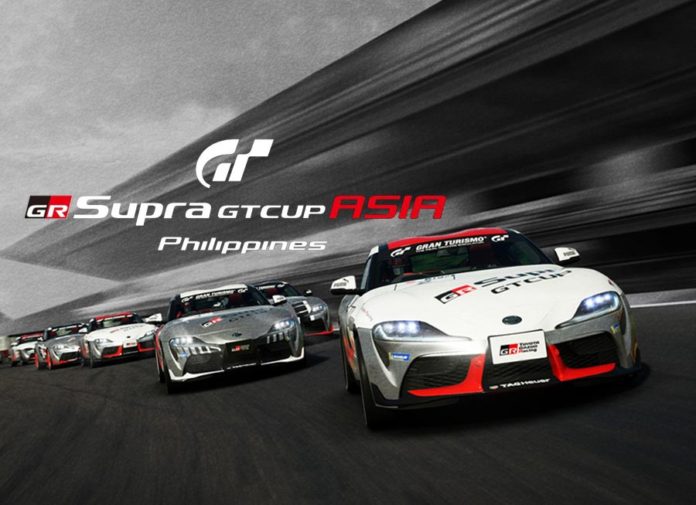 There’s a silver lining to the canned Vios Racing Festival 2020 after all. Toyota Motor Philippines (TMP) is taking their motorsport activities to the virtual world instead by launching the ‘GR Supra GT Cup Asia – Philippines’.

“Safety of our customers, employees, and fans are always at the top of our priority,” expressed TMP President Atsuhiro Okamoto. “But we also recognize the value of waku-doki spirit in everyone! This is a great way to sustain the excitement of motorsports program in the Philippines in a safe environment.”

Run under the Toyota GAZOO Racing motorsports program, the series be held 100% online utilizing GT Sport on the PlayStation 4. And much like their one-make-race, all competitors here must race in identical GR Supra, which happens to be Toyota’s legendary sports car icon. The provisional 3-round calendar spans from July ’til September, with a Finals in October. It’ll also be open to the public ages 18-years-old and above.

Entries will be further divided into 3 categories: Promotional, Sporting, and Celebrity Classes.

Novice players will be classified under the Promotional Class, whereas the Sporting Class is reserved for professional e-racers. What’s nice in the GR Supra GT Cup Asia – Philippines is that both past and present Vios Racing Festival drivers and teams will be invited to participate segregated according to the classes above. There’s also a Celebrity Class similar to the VRF where you can follow your favorite celebrities and influencers bang wheels online.

While we’re still waiting for registration details, all competitors must first Qualify for each event. Only the Top 32 drivers during QTT will get a slot on the grid, while the Top 10 finishers earn corresponding points towards the overall championship. Whoever walks away with the title per class then gets a chance to represent the Philippines in the global GR Supra GT Cup.

The GR Supra GT Cup Asia – Philippines is TMP’s fun and safe alternative to running the country’s No. 1 motorsports series, the Vios Racing Festival. We’re expecting more details to be published later this month, but we’d start practicing on GT Sport as early as now if we were you.