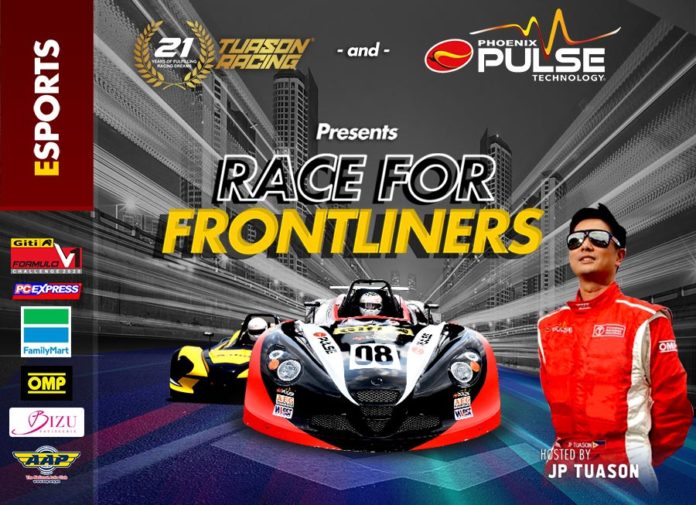 Sim racing is now all the rage as the world (including motorsports) grinds to a standstill due to the COVID-19 pandemic. The likes of WTCR, NASCAR, V8 Supercars, and even Formula 1 has already made the virtual switch, so it’s only natural for Tuason Racing to follow suit. That’s why they’ve partnered with Phoenix Pulse to create their own local eSports series but with a twist.

‘Race for Frontliners’ is set to kick off its first online event on the 20th of April 2020. It will be run using GT Sport for PlayStation4, so participants need a registered PSN account to join.

While there are prizes to be given away for both winners and spectators, the gist of the series is that they’re committing one (1) meal to a frontliner for every person who races. These meals will be then donated to modern Filipino fighters at different hospitals around Metro Manila.

The series utilizes Phoenix Pulse’s Young Driver Program (YDP) for eSports where virtual racers will be given a chance to represent the country at the FIA Motorsport Games in France held later in the year. It paves the way for more enthusiasts to get into motorsports and even compete in the global arena. Moreover, the grassroots virtual competition complements Tuason Racing’s other programs such as the Toyota Racing Festival and Giti Formula V1 Challenge.

This your chance to enter the Phoenix Pulse YDP and race for a good cause. Interested sim racers can pre-register to ‘Race for Frontliners’ by clicking on the link: https://bit.ly/2Xrk03X

‘Race for Frontliners’ will also be livestreamed, hosted by Tuason Racing CEO and Founder JP Tuason himself. 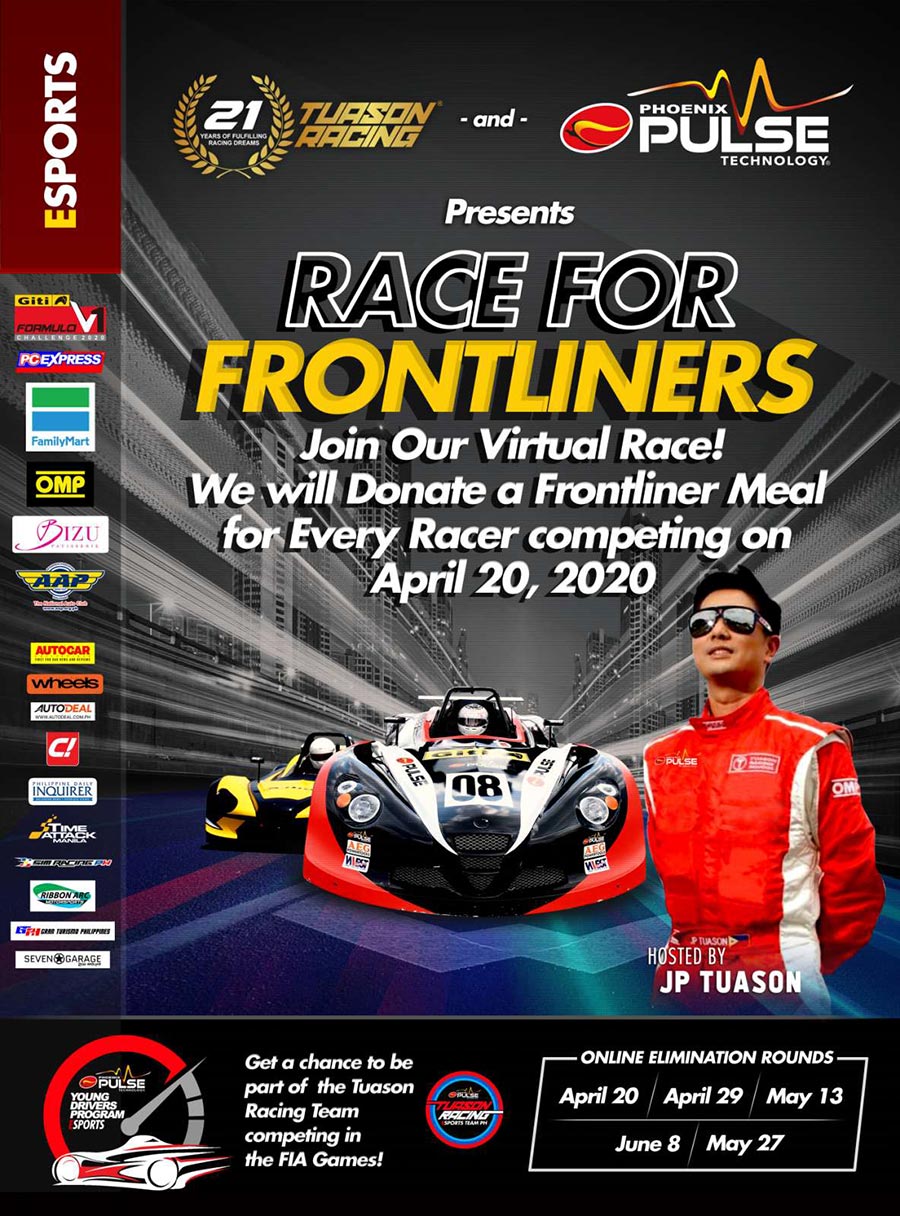 “Expanding into E-sports is one of the highlights of our 21st year in the business. We have been bringing racers to compete all over the world. This time we are opening another career ladder, a virtual one,” said JP Tuason. “With the ongoing situation, we believe we can hit two birds with one stone, first is to be able to do our part and help frontliners. The second one is to provide racing enthusiasts a worthwhile activity while they stay home and help flatten the curve.”

Succeeding online elimination rounds for the Phoenix Young Driver Program will then follow suit on April 29, May 13, May 27, and June 8 where drivers vie for a slot in the FIA Motorsport Games.