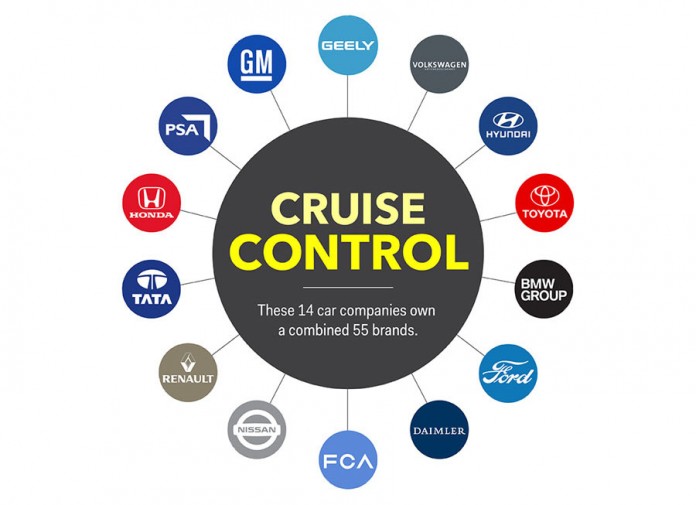 In today’s highly consolidated industry, pretty much every single car brand is somehow to related to another. And it gets very confusing very quickly. But Business Insider created this automotive family tree to make it easier to understand who exactly owns what.

Although the list doesn’t include everyone, you’d be surprised that 55 of the best-known automakers are owned by only 14 nameplates. Some of the biggest include General Motors who have 9 brands under stable, while Volkswagen have 8. Ironically, the world’s largest, Toyota, only have 3 (or 4 if you count in Subaru).

It’s also ironic to think that the pinnacles of the automotive marketplace, Ferrari and Bugatti, are owned by Fiat and Volkswagen, respectively who are better known for selling affordable daily drives.

But the relationship between parent company and its subsidiaries is more than a simple game of monopoly. It’s all about economies of scale. These days, it’s getting more and more expensive for car manufacturers to develop new platforms, new engines, and new technologies. And to make the most out of a new innovation, it’s shared between all the brands in the group.

That’s the reason why a Volkswagen V6 ended up in a Porsche Cayenne, a Lexus LX is just a fancier Toyota Land Cruiser, and Citroën is a queerer version of a Peugeot. Get the idea?

We don’t want to spoil every surprise just yet. So checkout this infographic from Business Insider to get a bigger picture of the automotive landscape as of 2015.