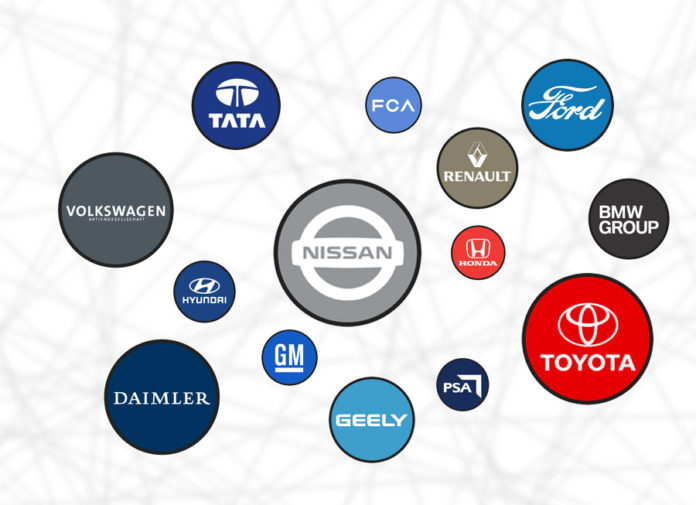 Much like a corporate version of Tinder, car companies oftentimes hook up, part ways, and sometimes hook up again. #swiperight That’s why, since the last time Business Insider updated their version of the automotive family tree, several brands have already switched partners.

The latest 2018 infographic still shows 14 major players in the industry who owns 62 car brands. Some of the bigger ones are Volkswagen and Fiat Chrysler Automobiles (FCA) who have 8 nameplates each. Although not clearly illustrated, the Renault-Nissan-Mitsubishi Alliance is now technically the biggest with 10 in total.

The twins Vauxhall and Opel are now part of the PSA Peugeot Citroen after if was sold by General Motors in late 2017. Mitsubishi tied the knot with Renault-Nissan in 2016, while Geely has taken both Lotus and Proton away from the Malaysians. Then there’s Hyundai who has turned Genesis into their standalone luxury brand.

Business Insider explains that a few major names such as Mazda, McLaren, and Tesla are not included as they do not belong to any major conglomerate. Toyota also only has a small stake in Fuji Heavy Industries (aka Subaru) that it didn’t qualify. As for Ferrari, it’s been spun off from FCA and floated on the New York Stock Exchange so that does not appear as well.

Check out the infographic below to get the big picture on which car companies owns what. 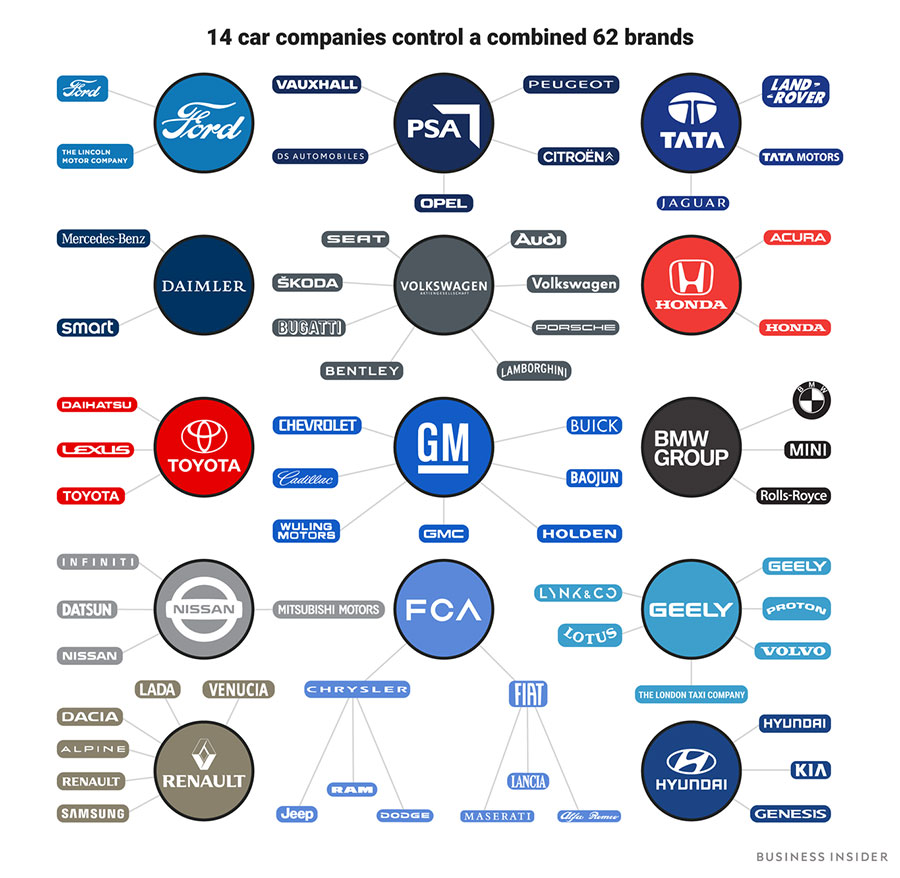