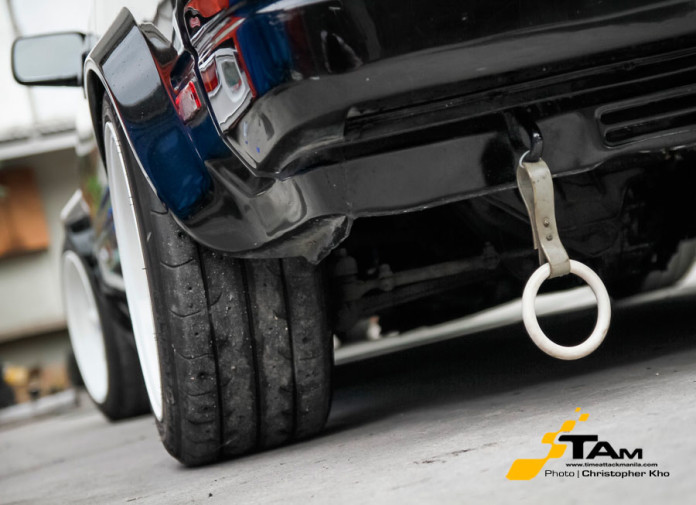 These days, it’s common to spot cars done up in some JDM fashion sporting one of these plastic ‘hang rings’ on their rear bumpers. In case you didn’t know what the trend is all about, here’s a little history lesson on where it all originated from.

The ‘hang ring’, otherwise known as a ‘Tsurikawa’ as it’s called in Japan, is basically a hand strap people are supposed to hold on to when riding the bus or train standing up. If you regularly take public transport, then you should know this ‘hang ring’ is just like the ones found in any other country that has a mass transit system.

What makes it cool, however, was that Tsurikawas became a sign of rebellion. Members of the Bosozoku (Japan’s anti-establishment street gangs) would steal Tsurikawas and blatantly hang them off their car’s rear bumpers; ideally dragging them on the ground until they disintegrate. This obviously was illegal and by flaunting one in public on was a subtle way of giving the middle finger to society.

Since then, hardcore Japanese car enthusiasts have taken to rocking a Tsurikawa as an expression of the freedom it represents. It became such as trend that you can actually buy different Tsurikawa styles from a car accessory shop these days. But if you want to be true to the spirit, a real Tsurikawa can’t be bought and has to be ‘picked’.

I’ll leave it up to your creativity to source one here.