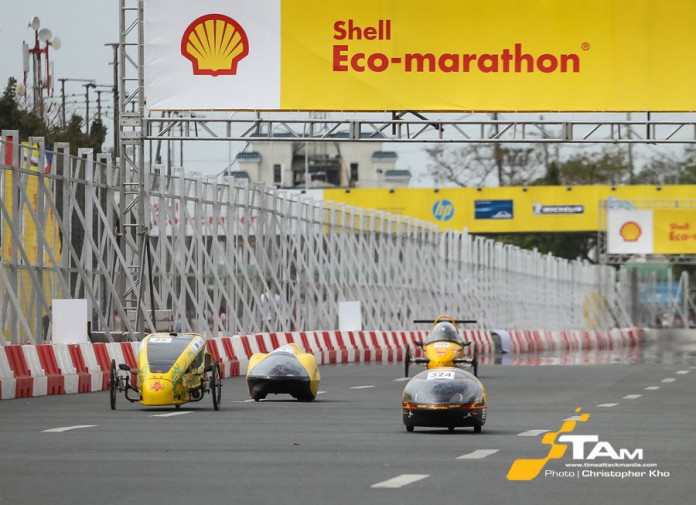 The main idea behind the Shell Eco-marathon is to see who can go the farthest on 1 liter of fuel. So what these student teams do is build these funny-looking cars that maximize aerodynamics, engine efficiency, and electronic doodads to get the most out of every drop.

Michelin, however, believes that up to 70% of the energy is lost through the tires alone, which something they want students in Asia to look more into.

As the event’s official tire supplier, Michelin specially developed low rolling resistance tires just for this application. These tires are so good that Michelin reckons they’re about 6x more efficient than the best energy tires they have on the market, and about 7x better than a regular bicycle tire. So much so that, the Prototype Radial tire they developed has less rolling resistance than a train wheel, while maintaining enough grip to get the cars around corners safely.

Seriously. They’re that good. The only problem is, with the amount of R&D Michelin invested into these black round things, they don’t come cheap.

By our rough estimate, each team needs to cough up about P14,740 per tire, or around P44,220 for a 3-wheeler, plus spares. Although the teams are not required to use Michelin tires, the advantage it offers outweigh the cost, that’s IF your school can afford it.

Michelin’s Technical Group Communication Chief, Damien Hallez-Gozard explained to us that about 90% of the teams in Europe and America already use Michelin tires. However, he noted that only the top teams in Shell Eco-marathon Asia had them back in 2012, citing the expense and lack of experience as main reasons that hold other teams back.

Hopefully, these students figure out that bicycle tires simply can’t keep up with Michelin runners and make the switch at the 2014 Shell Eco-marathon Asia happening this weekend.