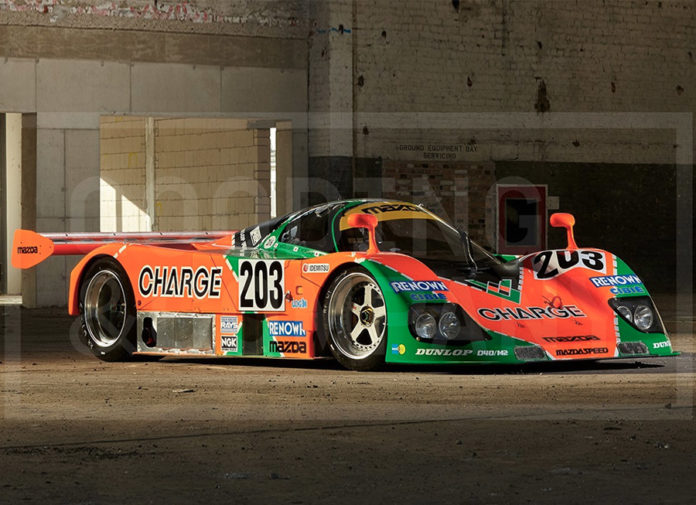 The Mazda 787B will always be remembered as the first and, to date, only Japanese marque to achieve an overall win at the 24 Hours of Le Mans. It did it way back in 1991, specifically the No. 55 car with the iconic green/orange Renown livery. This example that’s up for auction by Gooding & Company, however, is no 787B but is as close as you can ever get at owning one.

Chassis 003 is 1 of only 3 Mazda 767Bs ever to be built by Mazdaspeed. It began life in 1989, sporting an updated 2.6L 4-rotor Wankel rotary engine, aerodynamics, and components, and competed under GTP rules. 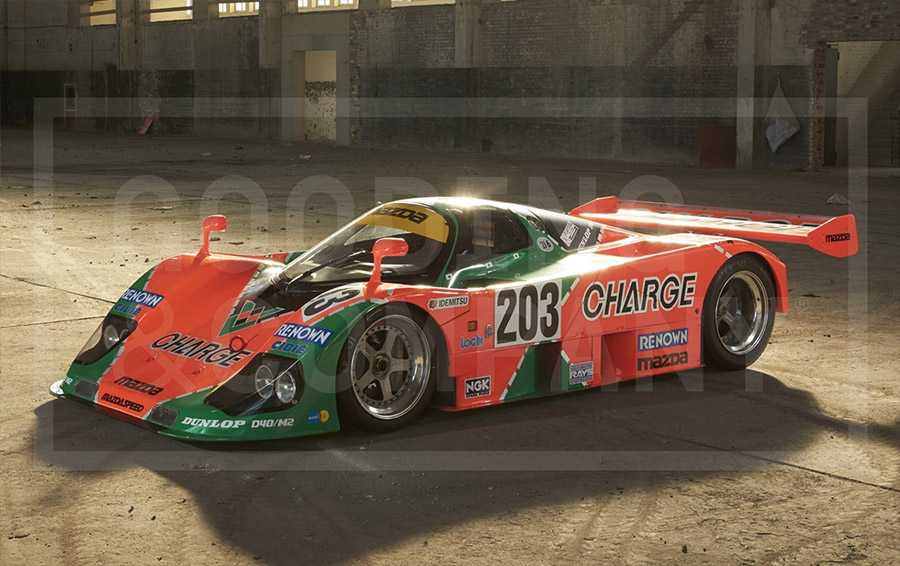 Entered as car No. 203 in the 24 Hours of Le Mans of that year, 003 finished a respectable 3rd in class and 12th overall. It came back in 1990 and raced alongside its would-be replacement, the newer and faster Mazda 787. But while both 787s failed to finish, this lone mighty 767 crossed the line 1st in GTP and 20th overall. 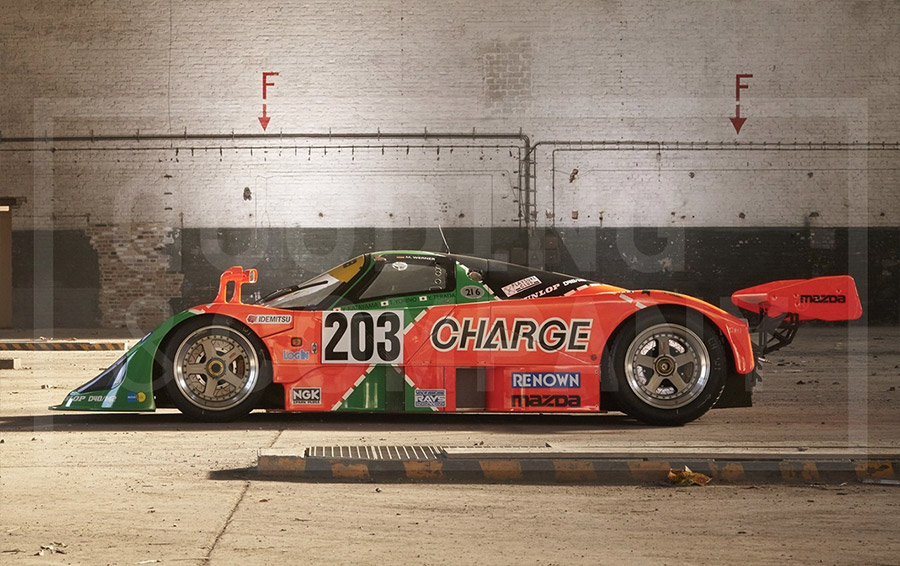 After several other race victories in Fuji and Sugo, 003 was eventually retired in 1991, sold to a private collector, and changed hands 2 more times before ending up at Gooding & Company’s auction. But 003 is no showpiece, to be stored lifeless in a museum or garage. She’s a runner, restored to produce 630 hp as it did in 1989, and comes with boxes upon boxes of spare parts to keep it going.

Mere mortals like us can only dream of owning such an beautiful piece of motorsport history. But those living the dream ‘only’ need to shell out around $1.8 to 2.4 million to take this Mazda 767B home. 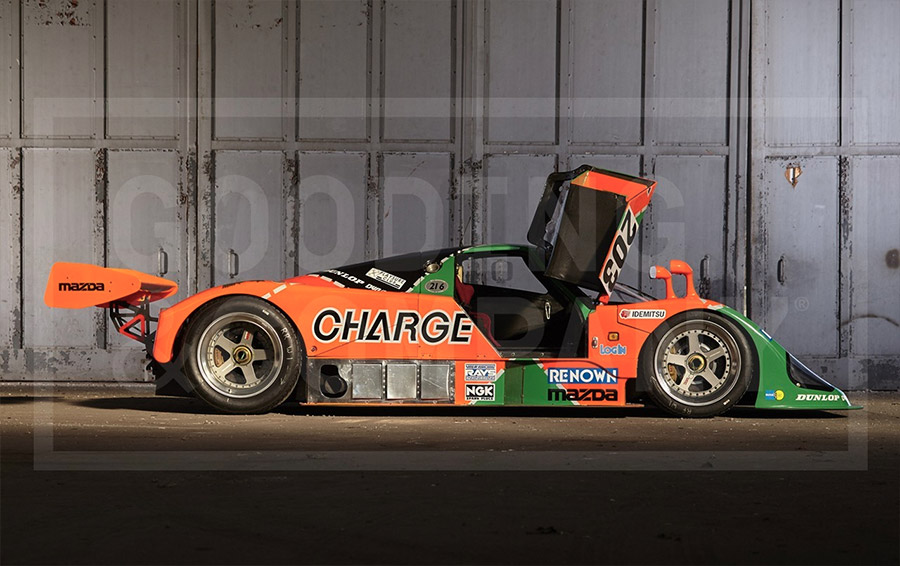 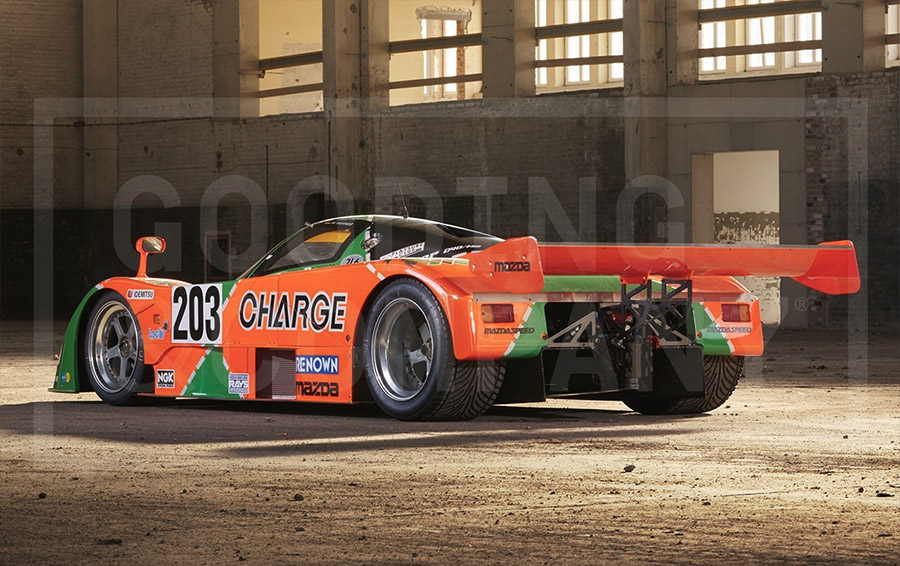 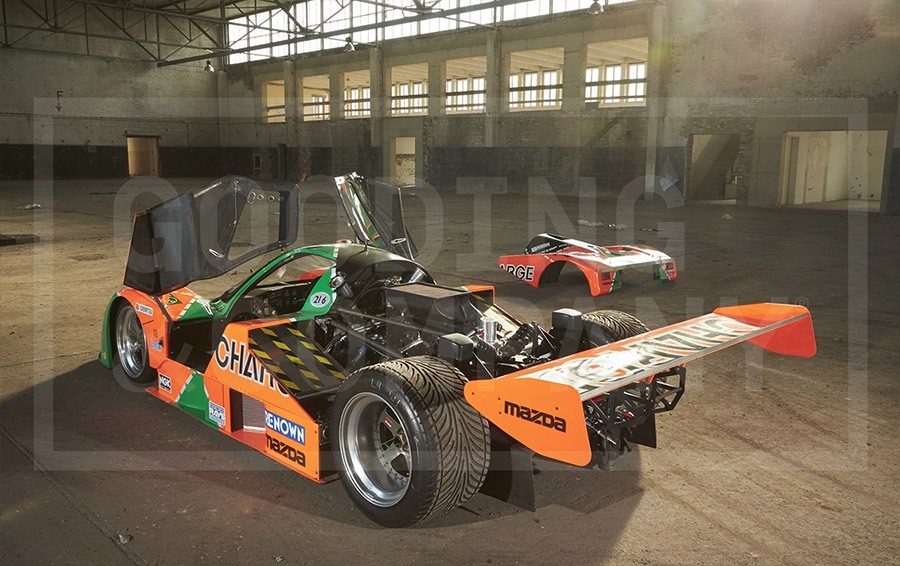 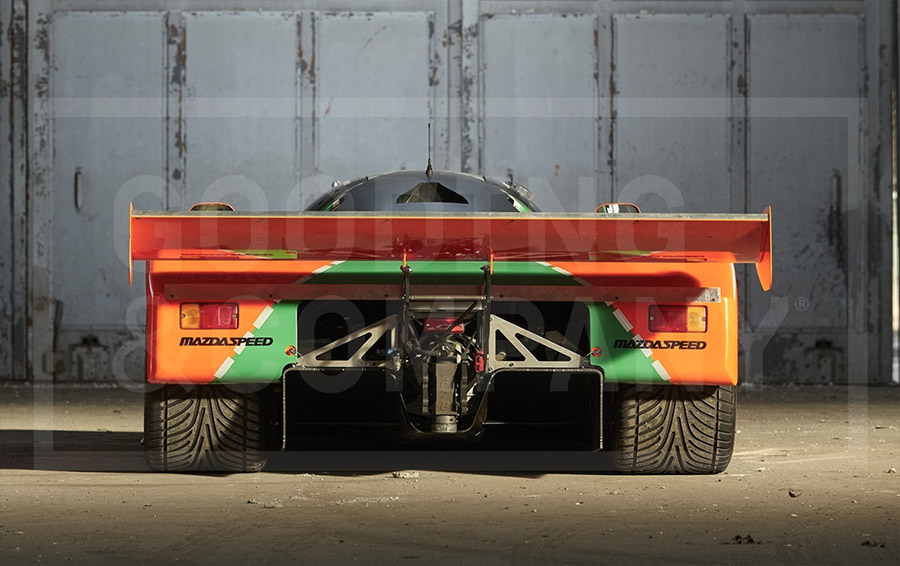 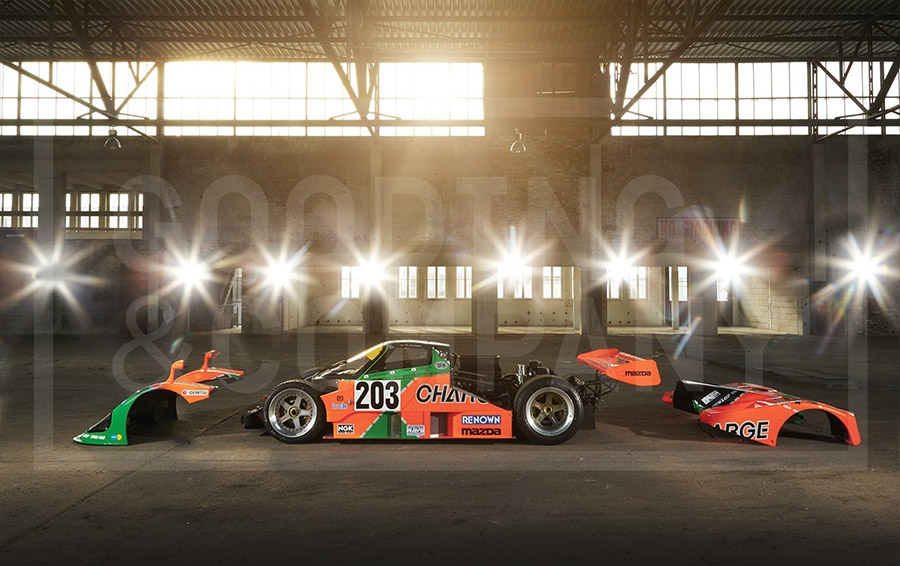 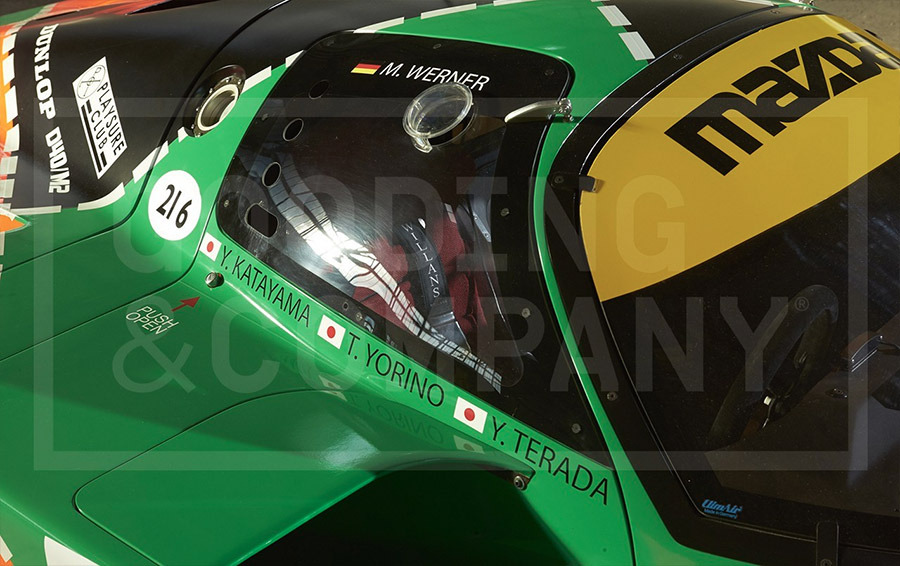 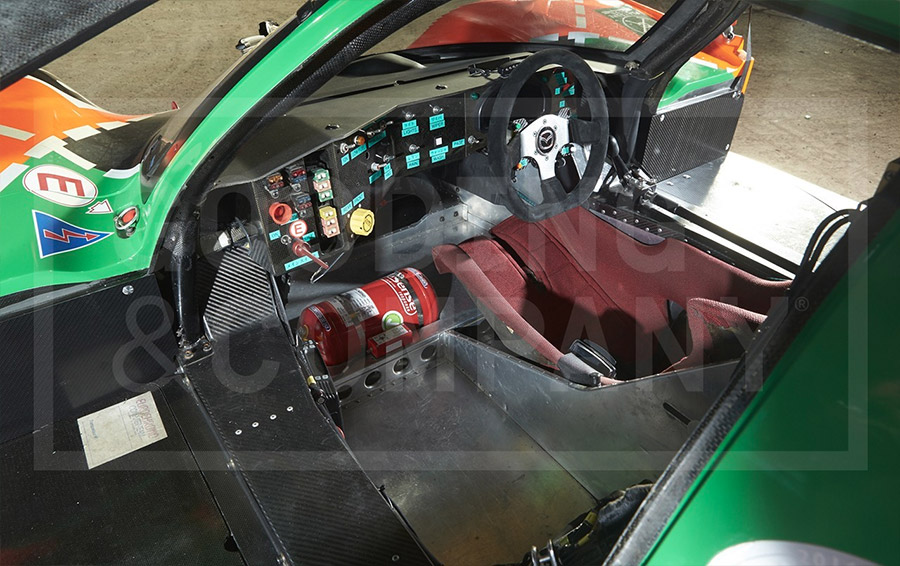 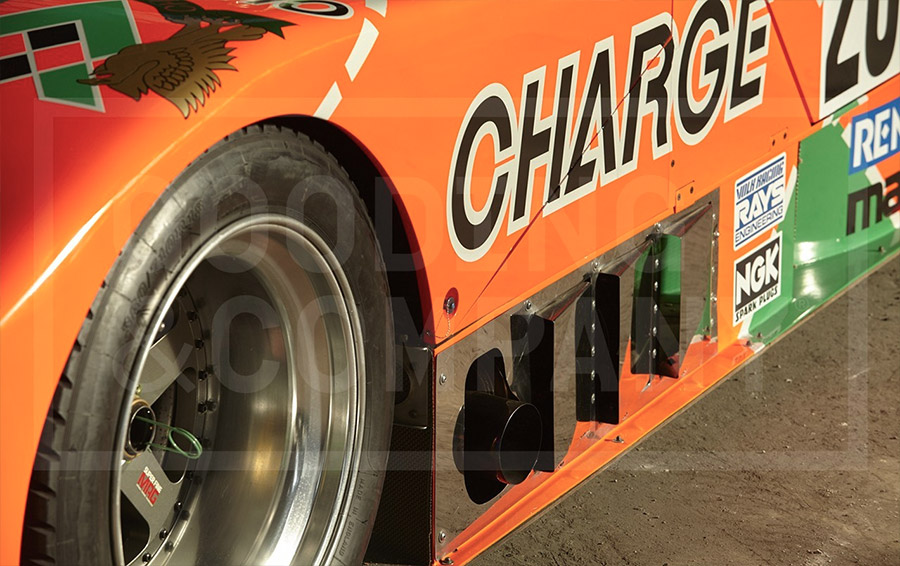 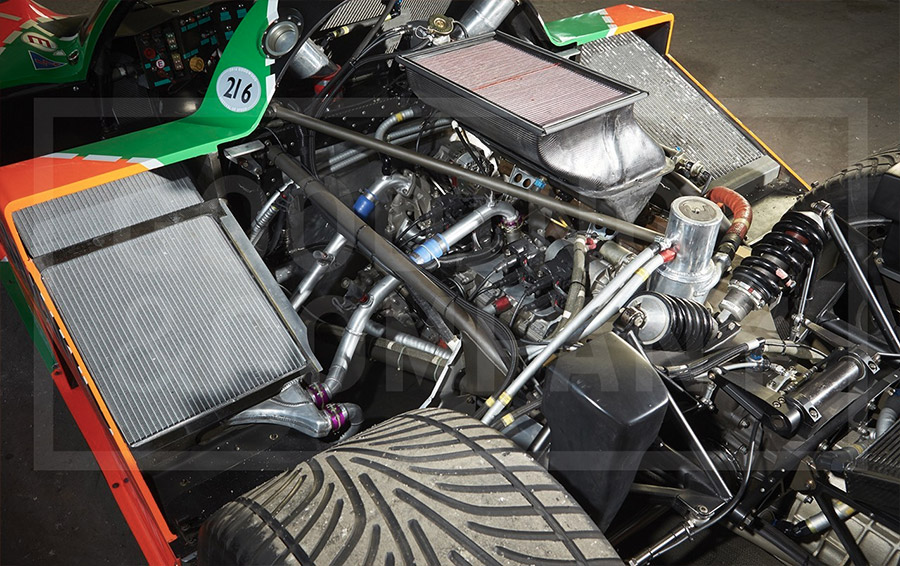 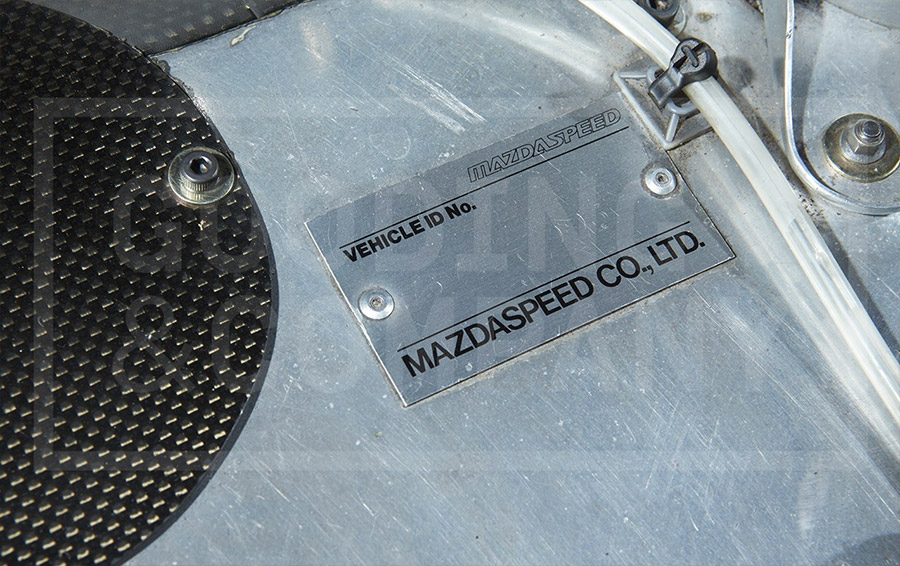