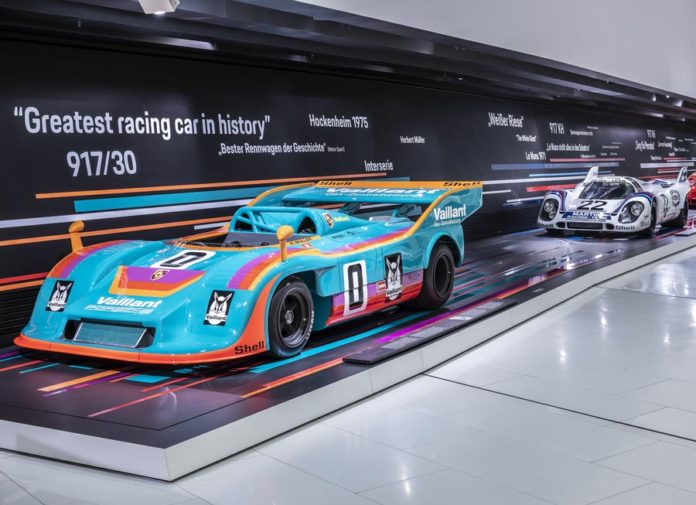 Thanks to the wonders of Google Street View, there’s now a way to visit some of the world’s best car museums at home, at work, or just about anywhere you may be. There’s no longer a need to fly to Japan just to go to the Honda Collection Hall or to Italy in case you’ve ever dreamed of setting foot inside Museo Ferrari at their home base in Maranello. Heck, you don’t even have to get a special invite to enter the McLaren Technology Centre in Woking, Surrey.

All you need is a smartphone (or laptop) and a decent WiFI or LTE connection to take a tour. And to help you out, we’ve scoured Google Maps to find the best car museums in Germany, Japan, Italy, UK, and USA you can see today.

Keep yourself entertained with the 11 best we’ve found online.

Honda Collection Hall (Japan)
Located on the grounds of the Twin Ring Motegi, the facility houses over 300 of Honda’s historic motorcycles and cars, specially the ones used for competition. Note that all 3 floors of the Honda Collection Hall can be viewed by toggling through the icons on the nav bar.

Toyota Automobile Museum (Japan)
Housing some 140 vehicles around the world, the Toyota Automobile Museum in Nagoya covers the brand’s historical progress from its first passenger car the 1936 Toyoda Model AA to their latest developments in alternative fuels and EVs. There are several exhibition zones throughout the facility so make sure to visit all 3 floors.

Museo Ferrari (Italy)
Although the 360° views were not made by Google’s own Street View team, user-submitted content still gives us a good look inside the Museo Ferrari in Maranello. The display includes Scuderia Ferrari’s championship-winning cars in Formula 1, their victories at the Le Mans 24 Hours, the evolution of Ferrari’s hypercars, and the brand’s 90-year history.

Museo Lamborghini (Italy)
Experience 50 years of Lamborghini heritage with their collection of classic and modern supercars, prototypes, limited editions, one-off models, and race cars. All this is housed in a 2-storey facility in Sant’Agata Bolognese. Heck, you can even get a 360° view of what it’s like to sit behind the wheel of several exotic bulls by clicking on the model itself.

National Corvette Museum (USA)
There’s a museum solely dedicated to ‘America’s Sports Car’ in Kentuky, only a quarter mile away from the Bolwing Green Assembly Plant. The National Corvette Museum houses over 30 period-correct examples, including mint classics and prototypes. You also find several torn-down C7s along the corridor to show its stages in development.

Porsche Museum (Germany)
Sat next to Porsche AG’s HQ in Stuttgart is the Porsche Museum. It stores over 80 iconic vehicles in a 5,600 sq. meter, 3-storey structure which is a work of art in itself. The exhibit is a mix of legends from Porsche’s road car and motorsport collection from 911s, 917s, and 962s. But since the images were taken back in 2012, don’t expect to see any 919s as Porsche only returned to the Le Mans 24 Hour in 2014.

Volvo Museum (Sweden)
Even if they were ‘bought out’ by Geely, Volvo still prides itself as Swedish with a history that spans nearly 100 years. And their milestones are stored at the Volvo Museum in Gothenburg which covers not just cars, but also trucks, buses, and other heavy equipment from the Volvo Car Group and Volvo Group combined.

Škoda Muzeum (Czech Republic)
Now part of Volkswagen AG, Škoda from the Czech Republic happens to be one of the oldest automakers in the world with a history that stretches back over 100 years. Their business began with bicycles before they went into motorcycle production then finally cars in 1906. So expect to see a ton of well-preserved classics from different eras.