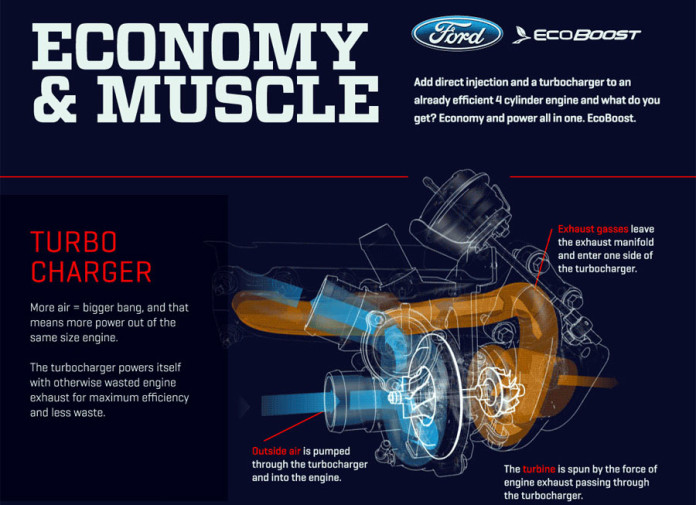 EcoBoost. It’s the new-ish engine technology that powers some of the Fords we have today, such as the Fiesta, Explorer, and soon-to-arrive 2015 Mustang. But do you really understand how this complicated piece of kit works? If not, maybe this GIF could help.

In a nutshell, EcoBoost technology is simply direct fuel injection and turbocharging combined. What this does is it takes the best trait of each system to offer a unique combination of fuel economy (‘Eco’) and performance (‘Boost’). As a result, EcoBoost engines achieve 20% better fuel economy and 15% less greenhouse emissions, while offering power that’s equal to a much larger engine.

Think of it as what VTEC did for Honda in the ’90s, but this time it’s applicable for both small and large displacements.

If all that jargon confuses you, that’s exactly why Ford commissioned Jacob O’ Neal (the same guy who made the ‘How A Car Engine Works’ GIF) to make this animated infographic to explain how all the EcoBoost magic works.