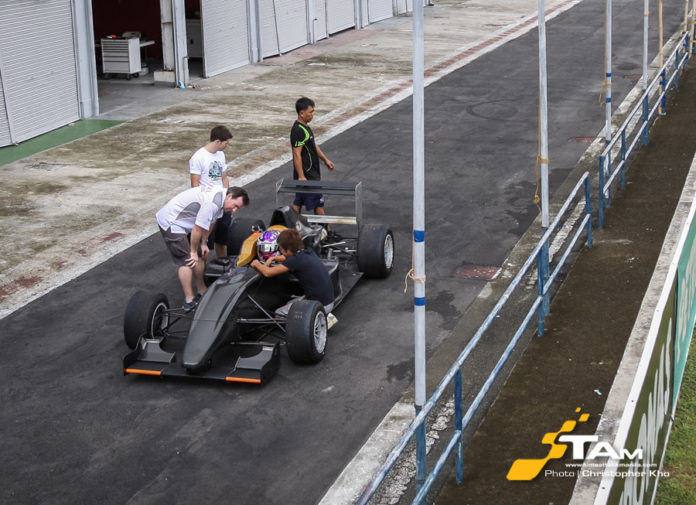 It’s not everyday that we get invited to join a racing team’s secret test session. Of course, we happily obliged and got a special behind-the-scenes look on how a world-class crew really works.

We travelled to the Batangas Racing Circuit (BRC) on a cold, cloudy morning for a tour of what goes on in Aran Racing’s garage. These guys have been around since ’05, racing in the Asian Formula 3 before the series folded up in ’08. Nowadays, team owner Mandy Borja offers training for up-and-coming drivers in single seaters. 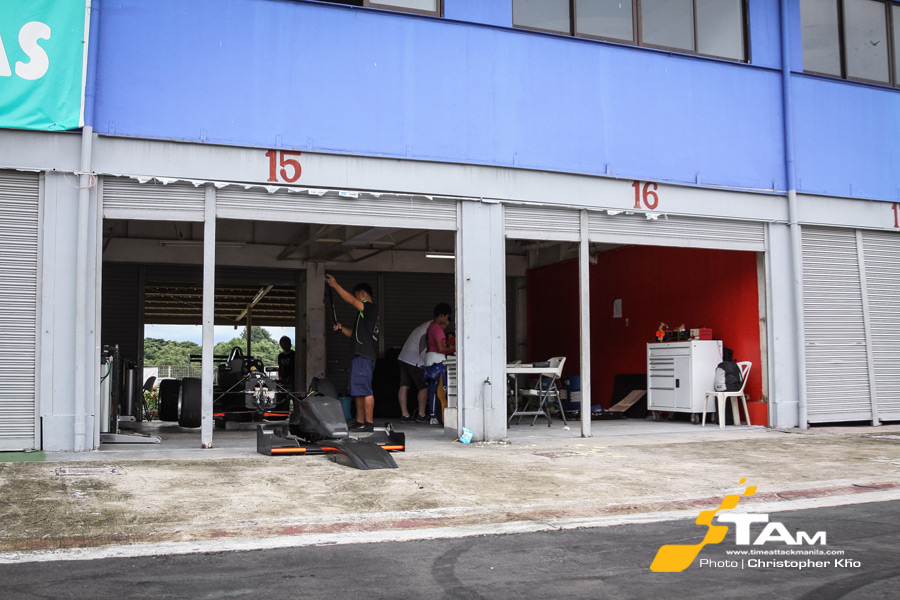 The Naked Formula
Upon our arrival, we were greeted by a stripped down Formula Abarth. Since it’s a test car, it wasn’t painted in a racing livery and the carbon weave was left exposed. The mechanics were also busy putting it together for the morning run, which allowed us to appreciate its inner workings in detail.

It goes without saying that there’s really nothing fancy about the machine. It’s designed as an entry-level series for karting new-grads, so don’t expect any fancy tech here.

A 190 hp 1.4L turbocharged engine from Fiat is strapped to the back of the carbon monocoque, along with a 6-speed gearbox. Front and rear wings are a mix of composite and aluminum, while push-rod suspensions are found on all corners.

But as the nuts that we are, we found it absolutely beautiful. 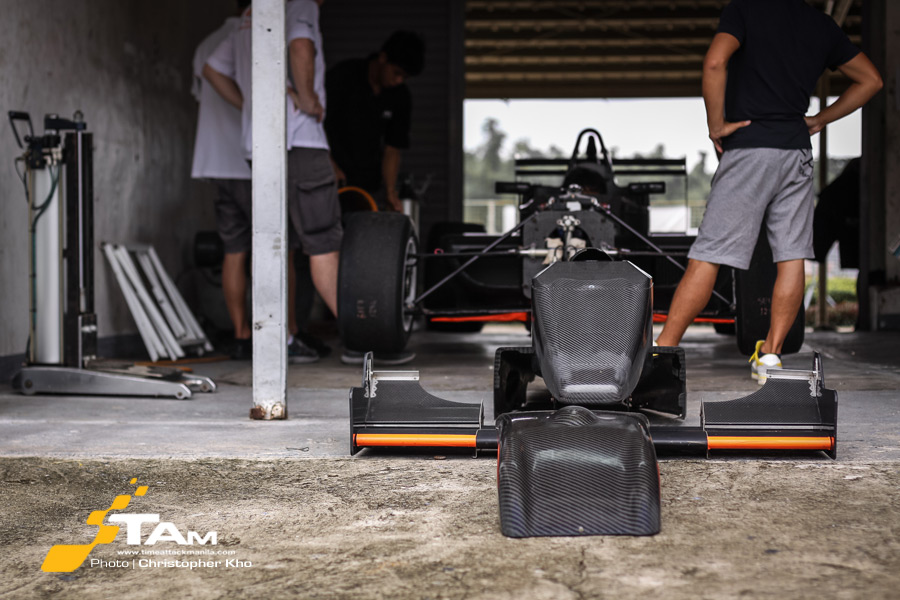 For Your Eyes Only
The team tested on a weekday so they can run in full privacy. This lets them maximize track time, and more importantly, keep the driver’s progress a closely guarded secret.

At first, the team requested us not to take any photos of the driver, nor could we publish his name. When asked why, they explained that the driver won’t be racing formula cars until a few years time. Thus, secret testing could give him a leg up over his would-be competitors. They’re hoping that, by doing extra homework, he’ll be up to speed when he finally joins the grid, while others play catch up.

The driver’s mom, on the other hand, doesn’t share the same sentiment and gladly allowed us document the entire test session. Yes, mom was on track to watch over her 14-year-old son, Marino Sato. 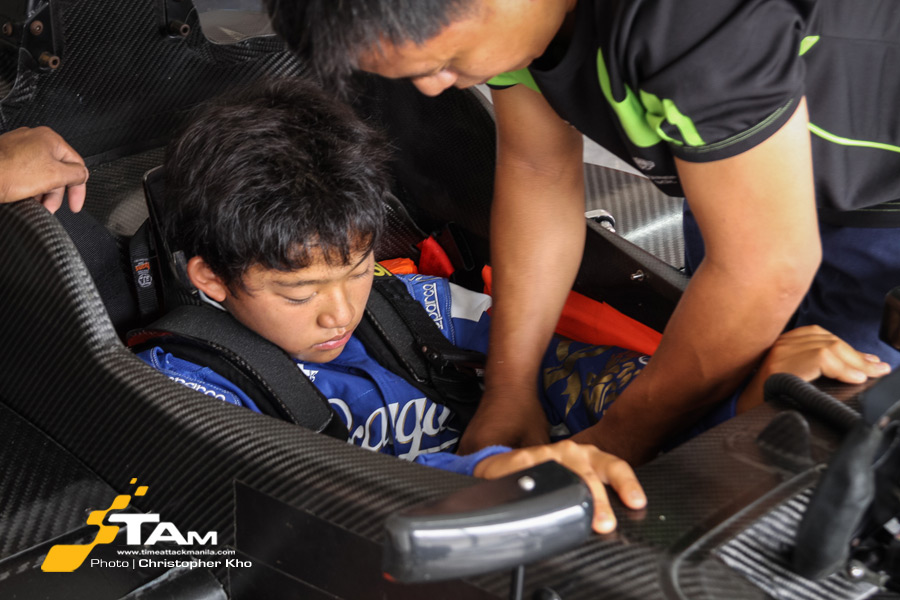 Track Test
The young Japanese driver has been to the Philippines on past occasions racing go karts. This, however, was his very first dip in single seaters.

Marino was still fitting his seat that day and watching foam expand is no spectacle. But to see the excitement on Marino’s face, knowing that he has taken his first step into the world of formula car racing was absolutely priceless. Of course, we’re just as excited as he is, because for all we know, a future Formula 1 world champion could be sitting right in front of us.

It took Marino quite a while to get the Formula Abarth going; stalling the engine countless times as he tried to get off the line. This was, after all, his first time to drive anything with a clutch. But after a few frustrating moments, he was finally able to drive out of the pit lane for some practice laps. 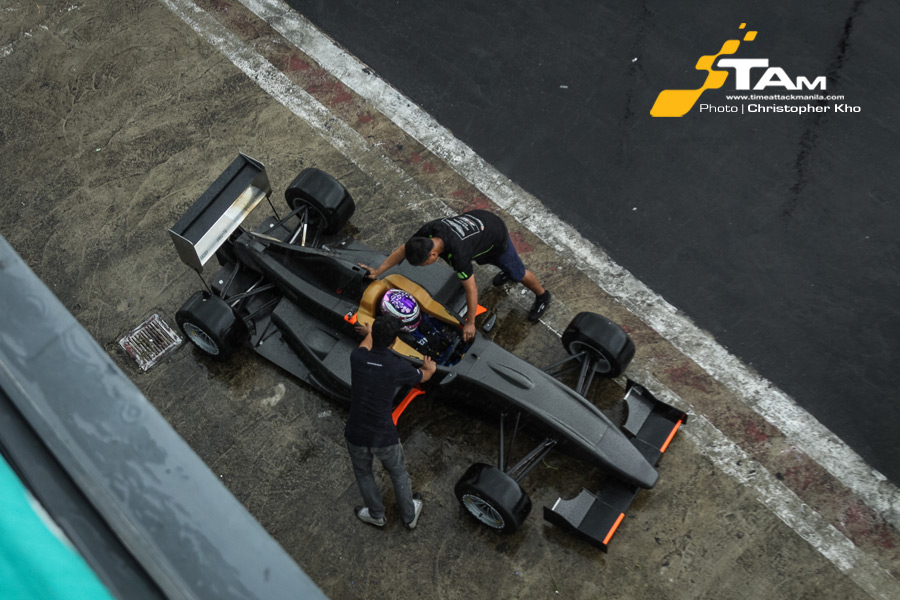 Class Act
As observers for the day, there was always something mesmerizing to see in Aran Racing’s pit garage; may it be the machine or the team’s well-choreographed operation.

Their Formula Abarth chassis may not be brand new, but the team kept it in pristine condition. And even after Marino’s several off-track excursions, it only took a few minutes for a crew of 2 highly skilled mechanics to get the car back in running order. Then, there’s the team’s coordination. Every single person in that garage had a specific task and knew exactly what to do at any given moment. No one slacked around or stayed idle, well maybe, except for us.

It’s also hard to believe that racing is just another day at work for Marino where his job is to win races. And with his dad shelling out €2,300 per test day, coming in 2nd place is definitely not an option. 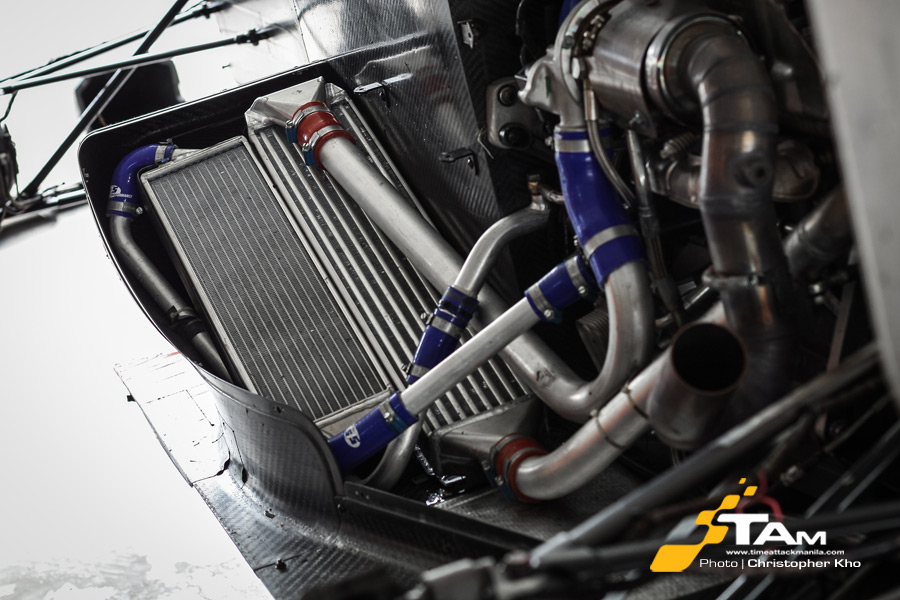 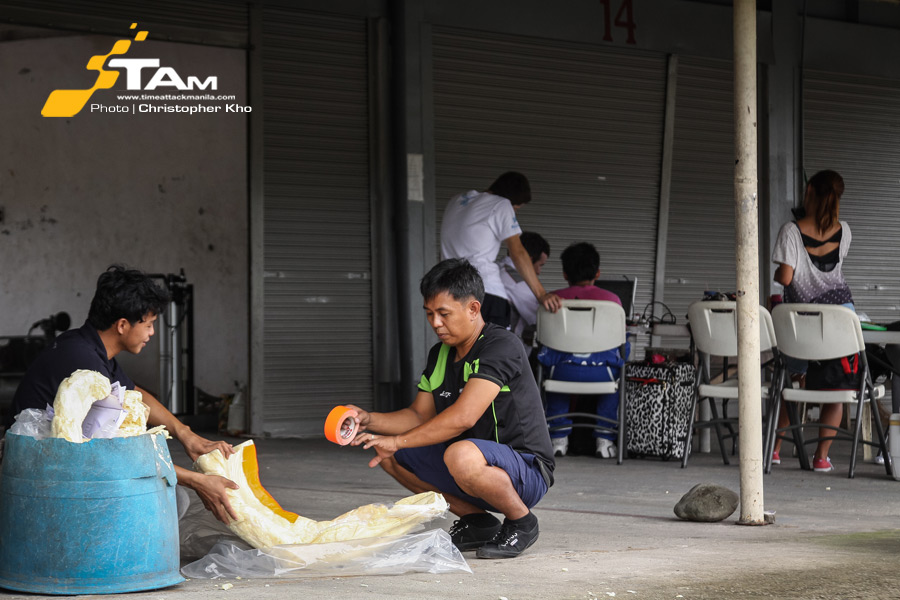 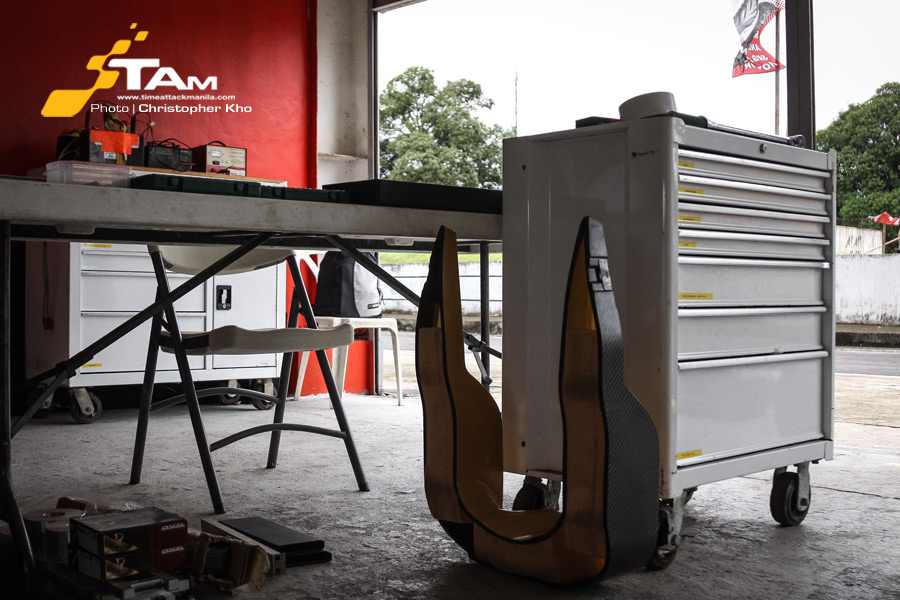 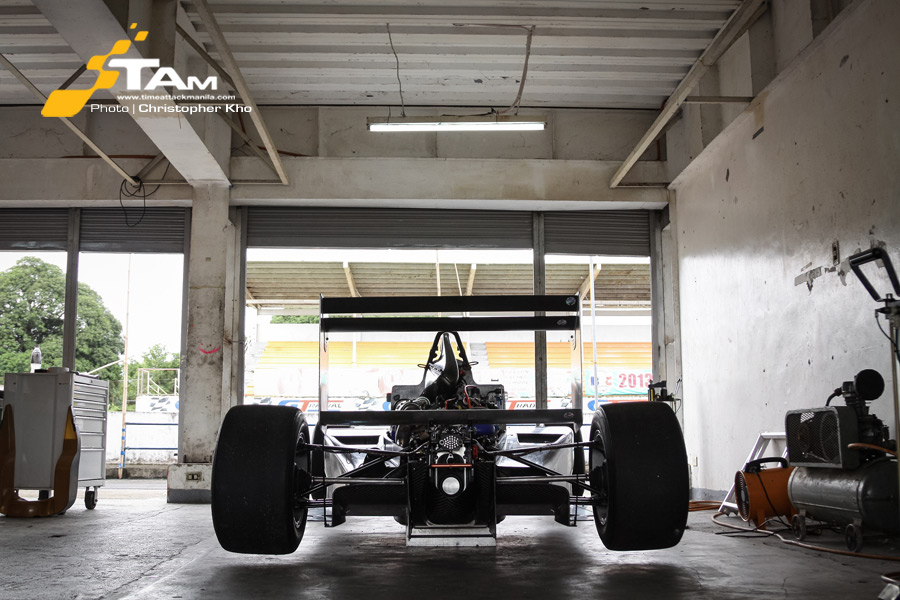 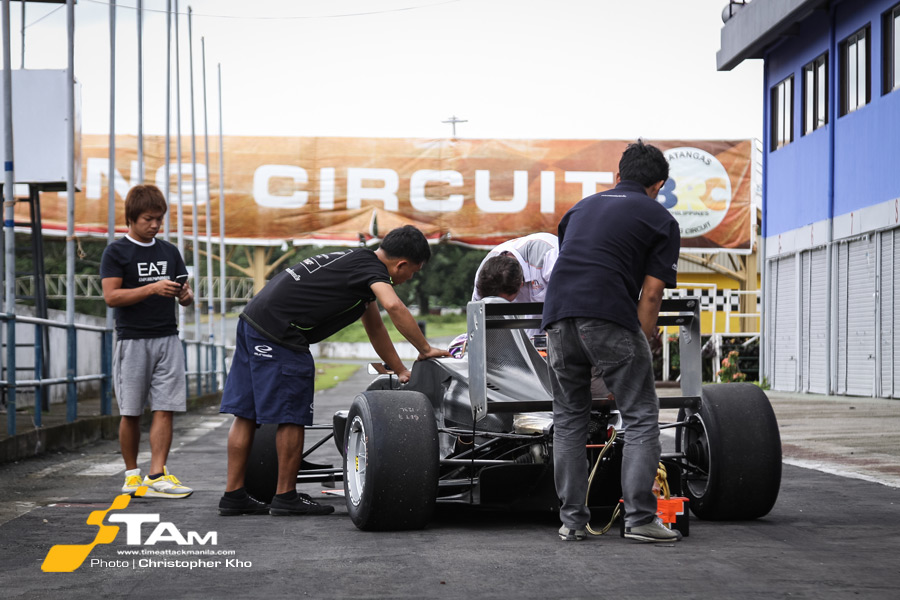 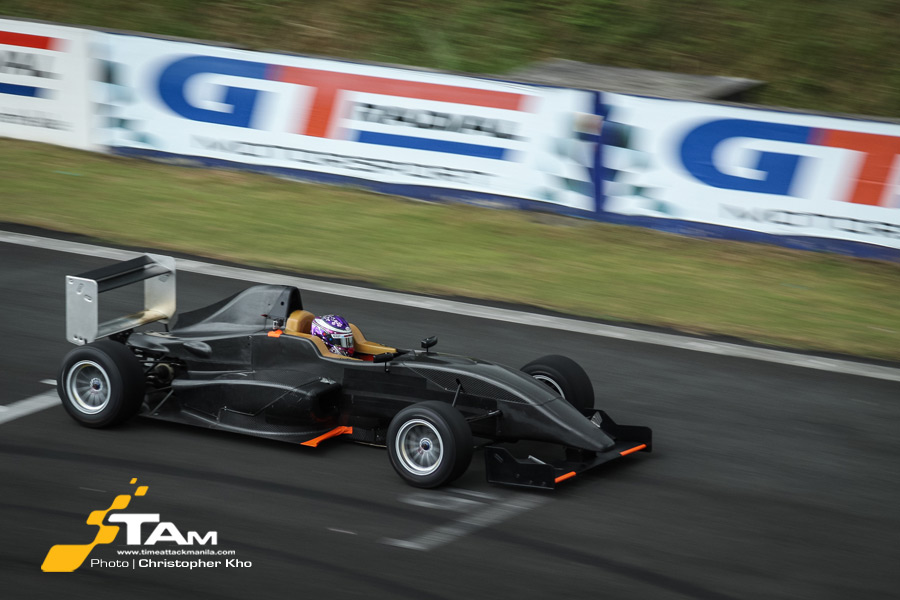