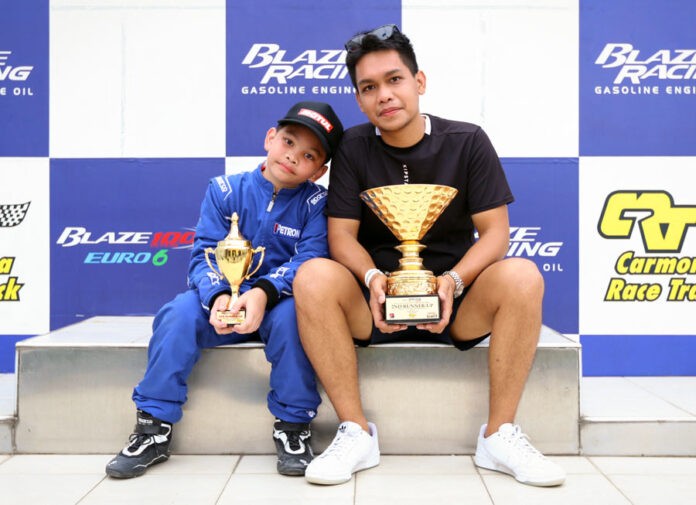 Kraige Berdos accomplished in his rookie year what others take years to achieve. He ended 2022 as Petron Cadet Novice and Clubrace Overall Champion, earning him the prize ‘Rookie Karter of the Year’ from the Golden Wheel Awards Foundation. That’s quite a feat for a 10-year-old, especially when you consider that he only got into karting 12 months ago. 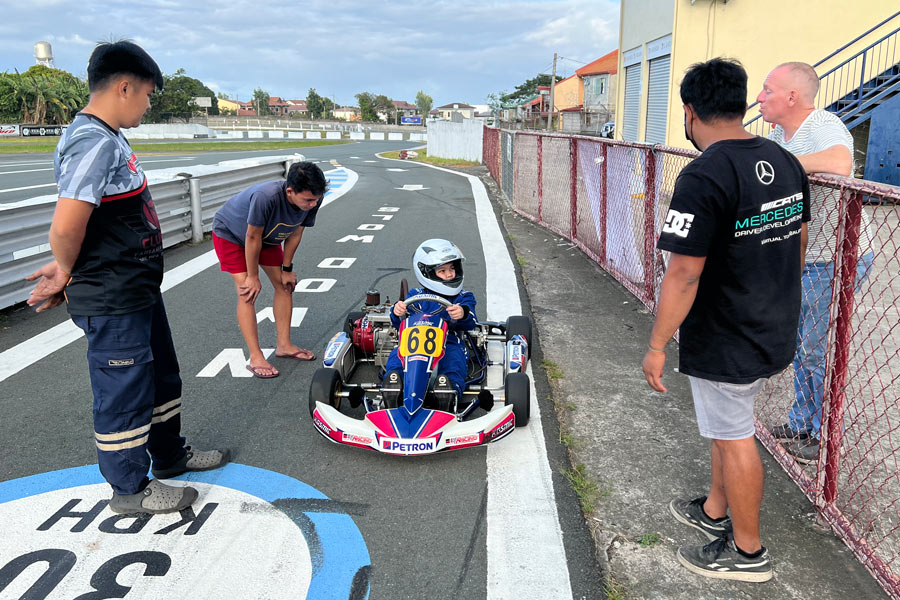 Petron Motorsports Karting Academy
His father Kad Berdos first took him karting in late 2021 as a family activity where Kraige immediately showed interest for the sport. So they gave it another go in January of 2022, renting a fun kart for the day at Carmona Race Track (CRT). There, they met someone who invited Kraige to something called the Petron Motorsports Karting Academy happening the following month, which they immediately signed up for.

Under the guidance of renowned coach Edgen Dy-Liacco, the one-day event taught newbies like Kraige the basics of karting. The program is a crash course into racing complete with driving exercise and lectures. While some simply see it as a fun experience for kids, for a select few it’s enough to create a spark for their love of motorsports.

Kraige was one of those few, who to his parent’s surprise, ended up winning the event. From that point on, they were hooked. 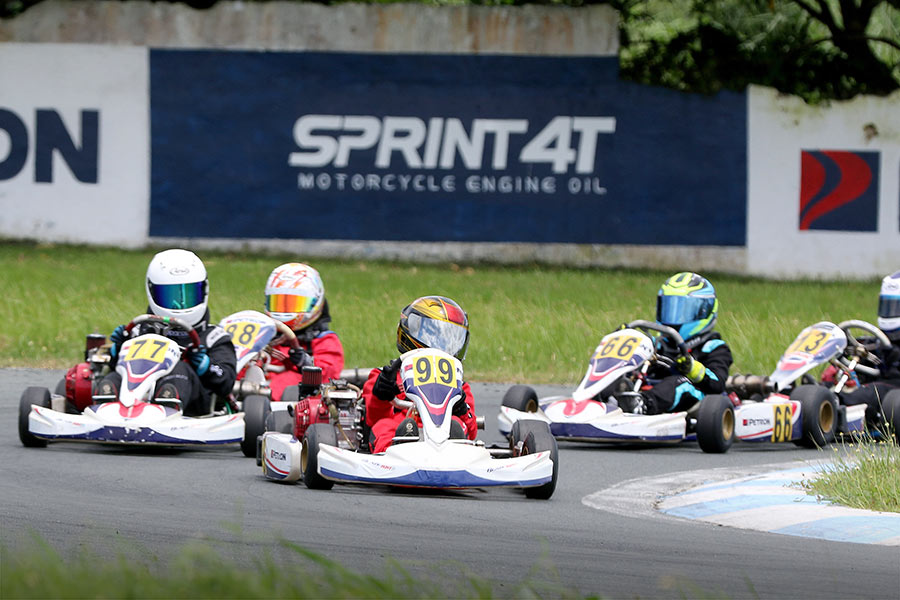 The team helped them secure all the necessary racing equipment, design a proper training schedule, and craft a racing program fit for Kraige. For two months straight, he practiced every singe weekend in preparation for his first Petron Clubrace. More importantly, team coach Richard Peek saw the talent in Kraige and helped bright the best out of him.

Kraige clearly showed potential. He learned fast, worked hard, and most importantly, loved what he was doing. 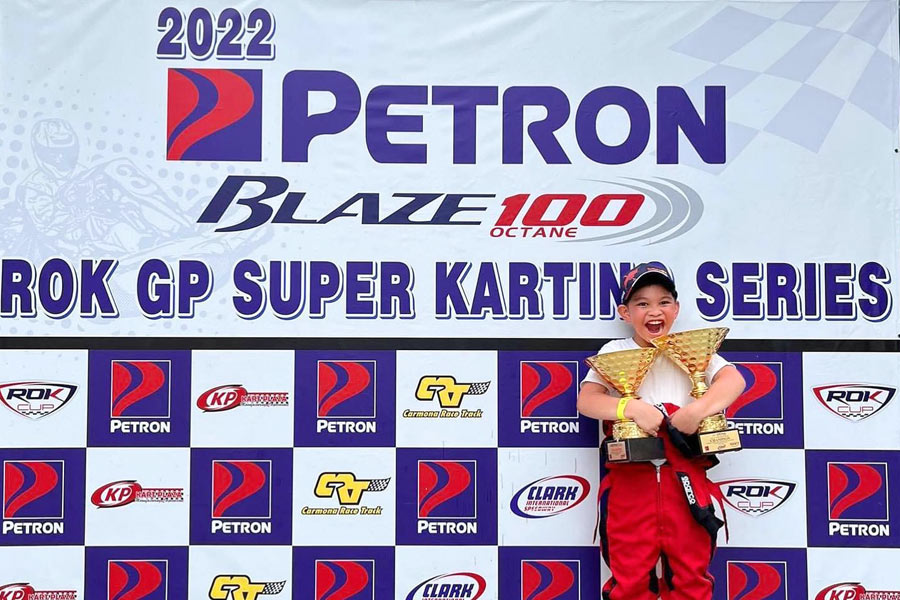 Come raceday he ended up 5th on his first event at Carmona, then 3rd at the Clark International Speedway Kart Track, and lo and behold, claimed his first win on the same track a month later. The sweet taste of victory lingered on for another race weekend when Kraige delivered another 1st place, this time at his home track in Carmona. A series of podium finishes followed and by now was already a serious contender for the Cadet Novice and Cadet Clubrace championships.

We already know how that fairytale ended, with Kraige winning both titles as a rookie. But it was the journey getting there, and not the awards, that truly mattered. 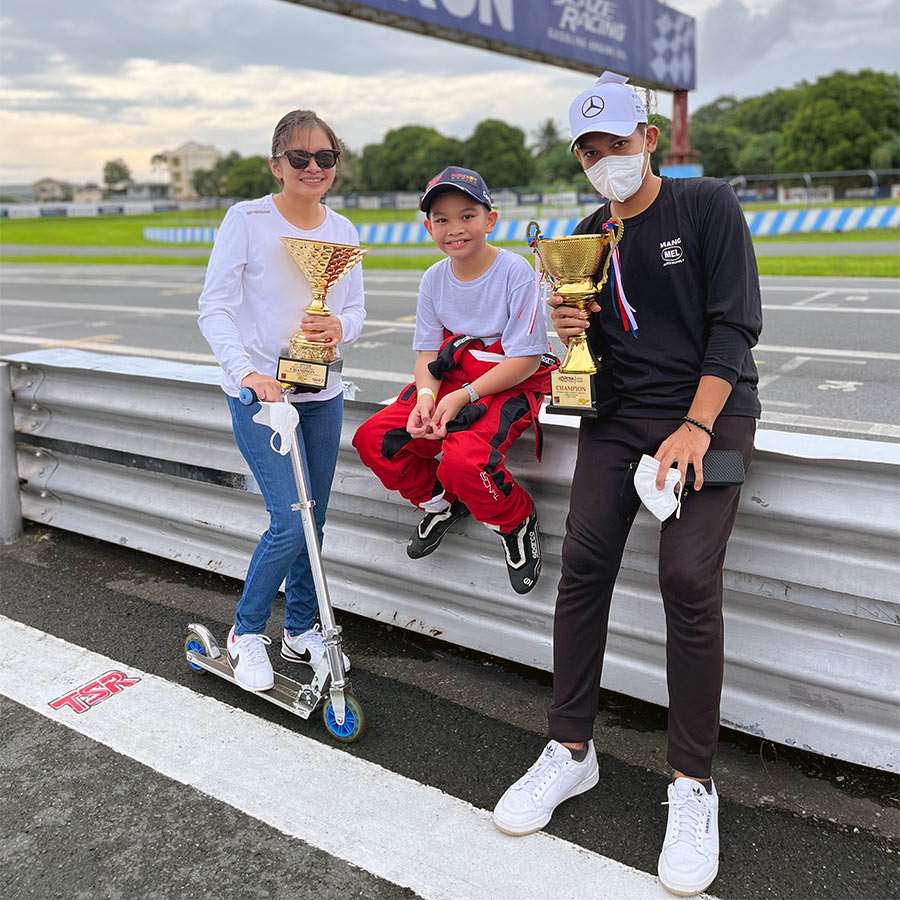 A Family Affair
Transforming a newbie like Kraige into a champion is a story filled with love, joy, and sacrifice. His family would spend every weekend on track, rain or shine. His dad even took time off from work just to bring him to practice, while his mom Patit prepared their meals. Then there’s the cost. It’s no secret that karting is an expensive sport, which meant that his parents had to make some budget cuts here and there to fund their son’s passion.

Kraige is also no one-hit-wonder. He was faced with a steep learning curve to be at par with more seasoned karters. Part of the experience included painful crashes and several broken karts that somewhat lost his confidence. But his parents never gave up on him.

“We knew that he loved what he was doing. So we pushed him even more, supporting him mentally and emotionally,” his dad shared. “We reminded him that winning wasn’t important. He just has to continuously improve and that’s more than enough.”

But the willingness to win and become champion came from within Kraige himself. 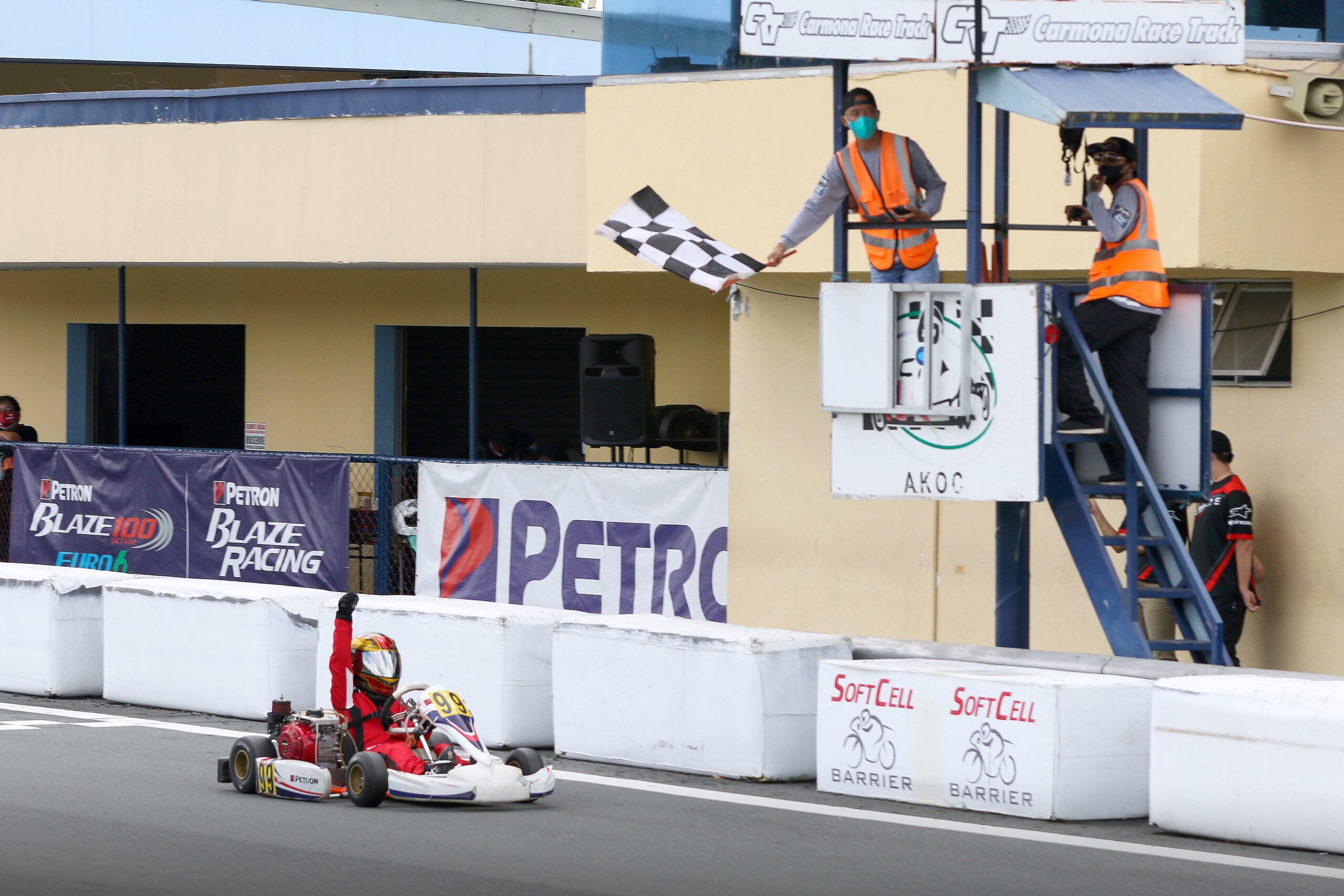 “Right after the chequered flag of his final race, Kraige immediately hugged me after coming back from the pits. He was crying inside his helmet and I asked him why, but he did not respond. As his dad I just knew that everything he worked so hard for all year, all the pain and sacrifice, at that moment all became worth it,” Kad recalled.

So, what’s next for Kraige Berdos? If things go as planned, he’ll move up to MiniROK this year with Mercedes Young Driver Development Philippines. And to give back to the community, he’ll be guiding and coaching new and upcoming young karters in the team. 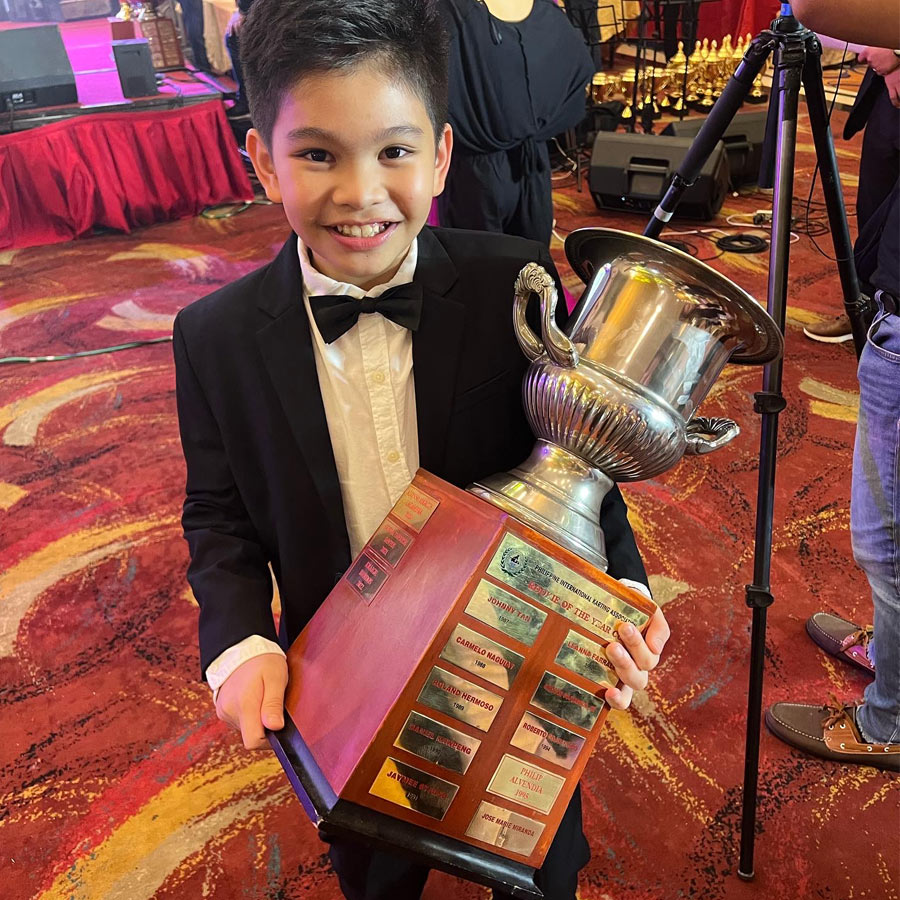