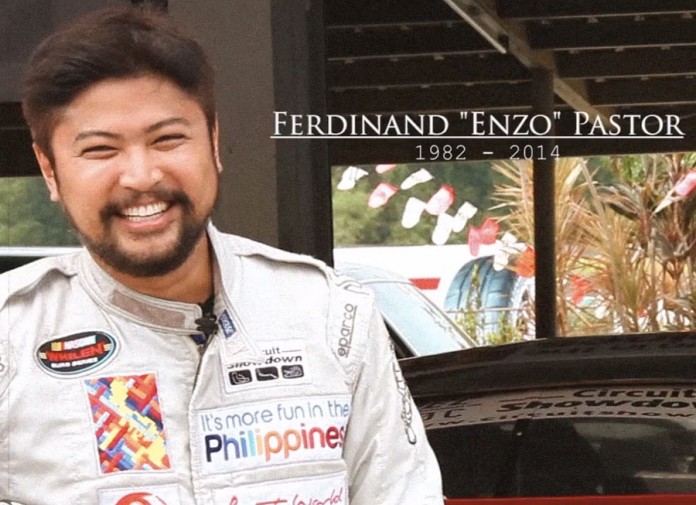 Philippine motorsports tragically lost one of its greatest heroes last June 12, 2014. But more importantly, we all lost a brother, mentor, and friend. So, his Circuit Showdown family made this video as a tribute to the late, great Enzo Pastor.

Enzo has dedicated most of his life to racing, winning races and championships in Asian Formula Renault, Asian Formula 3, NASCAR Whelen Euro Series, and the famed Macau GP. He was even given the opportunity to test with the Minardi Formula 1 team back in ’06 and Australian V8 Supercars in ’12.

Yes, Enzo could have been the Philippines’ very first Formula 1 driver if he was given the chance; he told me so himself.

His most recent accomplishment is becoming the first Filipino to receive the All-Star Award during the Night of Champions NASCAR Gala last December ’13.

Aside from his own racing career, Enzo also made sure to share his passion for motorsports with others. That’s why he formed Circuit Showdown to get other aspiring drivers into the grassroots of racing.

We all have our own good memories with Enzo while he was still with us, most of which were spent on the race track. This tribute made by Glen Pueblo looks back at those happier times when he was running his track day series and the Asian V8 Championship.

But no matter how sad this moment in history may be, Enzo has always reminded us that “The most important of all is to have fun, be good, and enjoy racing.”

Enzo, you shall be missed, but never forgotten.