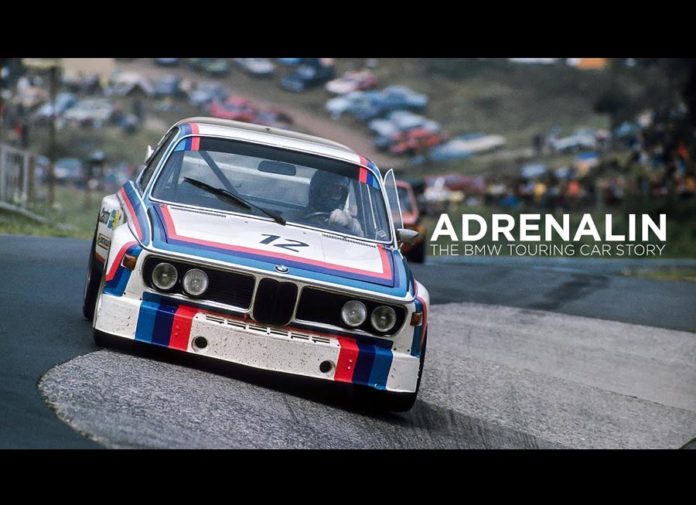 BMW to most is spelled with 3 letters, synonymous to a brand known for making some of the best driving machines on the road. But to enthusiasts like us, it’s spelled with 4 as BMW M. That’s because the M badge, which stands for Motorsport, is the reason why we’ve fallen in love with BMWs. And it’s a love story that spans over 50 years in touring car racing that made legendary machines and modern day heroes.

This is their story, summed up in 123 minutes of pure joy, in ‘ADRENALINE: The BMW Touring Car Story’.

Directed by Tim and Nick Hahne, the brothers painstakingly poured over decades’ worth of footage archives and interviewed both past and present BMW Werksfahrers (translated as works drivers) to produce the most comprehensive documentary on BMW’s endeavors in touring car racing.

It captures the story from the very beginning in the ’60s, to the founding of BMW Motorsport GmbH in the ’70s, the iconic BMW M1 Procar Championship, the incredible success of the BMW M3, up to the modern day return of BMW to the DTM. Legends such as Johnny Cecotto, Steve Soper, Hans-Joachim Stuck, and Joachim Winkelhock also share their testimonies from the pit lane, as well as current BMW drivers Alex Zanardi, Andy Priaulx, Bruno Spengler, and Augusto Farfus.

You can now watch ‘ADRENALINE: The BMW Touring Car Story’ in full on YouTube and discover for yourself the true heritage of BMW Motorsport. Make sure that the subtitles are turned ON when you hit PLAY.