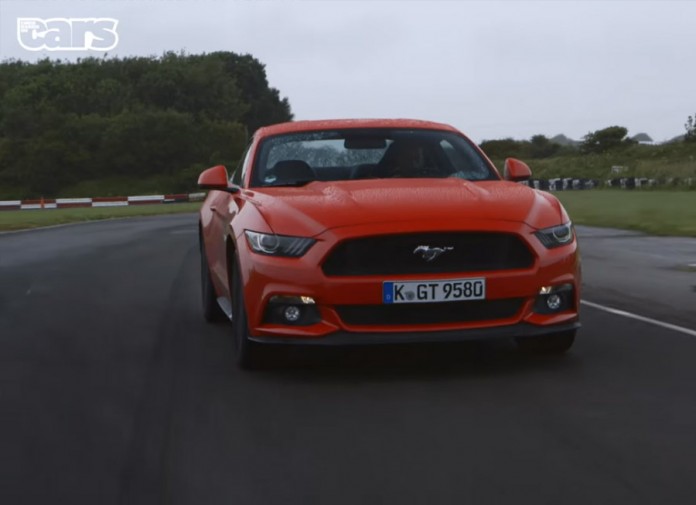 There’s a man who lives all the way in Britain who goes by the name Chris Harris. Over the years, he has grown a liking for British, German, and Italian sports cars, hooning them on track like a mad man. But recently, he got a taste of real American muscle.

We’re talking about the all-new 6th generation Mustang that, for in the first time in history, is now on sale in Europe. That includes the UK (where @harrismonkey is also from) and comes with the steering wheel mounted on the right. Without skipping a beat, Harris went for it and took one out for a spin – a GT model to be exact with a big burly 5.0L V8 mounted upfront.

Because it won’t be a real muscle car unless it’s powered by a V8.

It’s a similar model to the one we have here in there Philippines that sells for P2.999-million. Although I can probably borrow a ‘Stang from Ford Philippines and write a review myself, I don’t quite have the finesse, the driving skill, and the eloquence to describe it as well as Chris Harris does. Plus, I won’t have Ford Philippines’ blessing to drive it on track and light up the rear tires.

Although the Mustang GT packs 435 horses at the crank, it’s no supercar. It’s doesn’t have the sophisticated suspension tech you’d find in a Porsche 911 or Ferrari 458 nor does it have the fancy interior of a Pagani Huayra o Bugatti Veyron. But what it offer are a balanced chassis, a good torquey engine, and an independent rear suspension for less than half the price of a BMW M4.

As Harris describes it, “As complicated as a chocolate bar, and similarly enjoyable. We Yooorapeans should be over the moon we’re getting the new ‘Stang.”