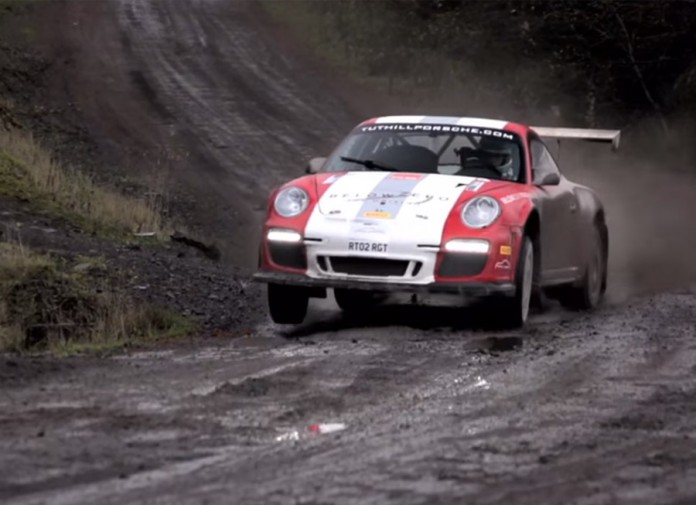 Unlike a modern 911 that’s purely a road-going affair, the Tuthill Porsche 997 R-GT was “born to run on gravel.” This monster was the brainchild of Richard Tuthill – a man who turned a standard Carrera Cup Car to compete in the WRC’s new R-GT Cup.

Group R-GT was formed to allow GT-based rally cars to compete in the WRC. Apparently it’s the FIA’s way of keeping the sport interesting, by letting better-looking and much better-sounding machines run on the rally stages. And for classic Porsche specialist Richard Tuthill, the 911’s engine-over-the-rear-wheels formula made it the obvious choice for rally racing.

Although most of the 997-based Carrera Cup Car remains intact, including the 3.8L flat-6 engine and sequential gearbox, it had to be fitted with a new rollcage, reworked suspension, fuel tank, underfloor protection, and spare tire. The 39 mm restrictor also drops its would-be 444 hp to just 350 hp.

What Tuthill ended up with is this rally-bred 997 that would make all classic 911s proud.

But before he lets his creation lose in Rallye Monte Carlo this year with multiple WRC winner François Delecour, Tuthill allowed Chris Harris behind the wheel to hoon the 997 R-GT through the scenic forests of the Walter’s Arena test centre in Wales.

Watch @harrismonkey get sideways and very filthy on this epic joyride.