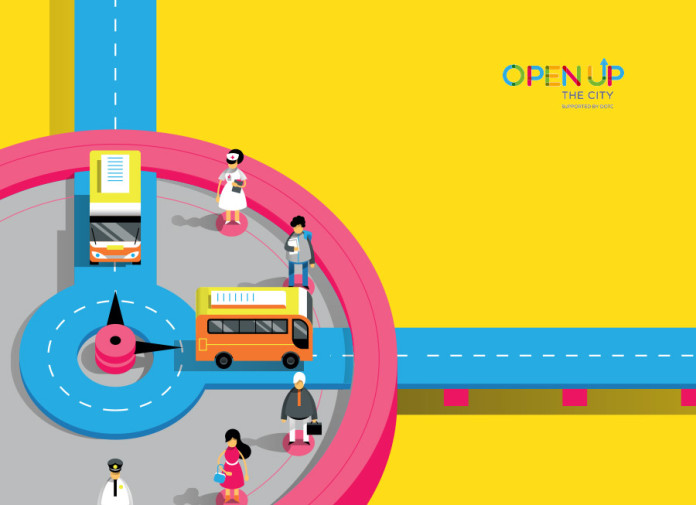 Commuters in Metro Manila knows exactly how it feels to get fucked everyday. You’re fucked whether you ride the MRT, take the bus, grab a cab, or drive a private car, because no one will ever get their destinations on time. But according to the Department of Transportation and Communications (DOTC), there is a solution.

They call it ‘Open Up the City’.

This new project is a series of infrastructure developments that should solve our transportation problems, not only within the metro, but also to neighboring provinces. Examples include improved bus systems, modernized jeepneys, railway extensions, as well as pedestrian walkways. It’s also nice how it tries to involve everyone, encouraging bikes, carpooling, and proper road usage.

“We’re considering commuters every step of the way. Because everyone deserves access to a better future,” the project claims.

Work began in 2015 and everything is expected to finish by 2017. It all sounds so nice and promising, especially with their promo vid below, if it does happen. But as with most government projects, it’ll only get our hopes up and fuck us over.

Traffic congestion in Metro Manila has been a problem for more than a decade. So, why are they trying to solve this only now? Also, with the current administration on its way out, what are the chances the next one will see this project through? As far as we’re concerned, ‘Open Up the City’ is yet another government project that will go belly up.

Hopefully, they can prove us wrong.