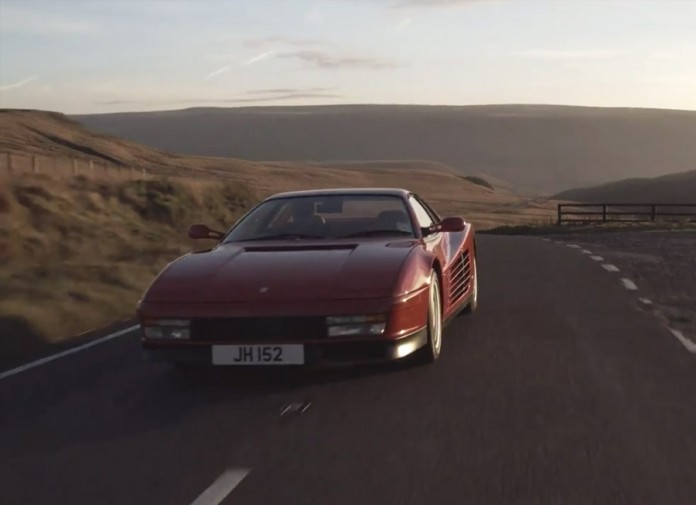 21 years since its debut, the Ferrari Testarossa still turns heads today. But as /DRIVE explains, the Testarossa is more than just a pretty face – it’s the 1980’s, condensed into car form.

The year was 1984. The Cold War was far from over, Apple had just released the Macintosh, and Michael Jackson’s Thriller was on top of the musical charts. At the Paris Auto Show, Ferrari had just come out with their latest supercar: the now-famous Testarossa.

/DRIVE looks back on the Testarossa’s legacy with a video featuring John Pogson, owner of UK-based Ferrari specialist, Italia Autosport. “I didn’t know at the time, but this was going to become Ferrari’s most famous, iconic car,” he says in the video.

As iconic as it was, the Testarossa remains a controversial car among Ferrari enthusiasts. Pogson states that he wasn’t too keen on the Testarossa’s driving dynamics, saying “it’s not very fast, and it rolls.” There were also those who didn’t care for the bold strakes the Testarossa had on its side, pejoratively referred to as ‘cheese-graters.’

Despite the love-it-or-hate-it status of the Testarossa, Ferrari ended up selling more of them than any of their past or present 12-cylinder models. It even outsold the 308 and 328, their more affordable offerings at the time. To give you an idea of just how popular the Testarossa was, Pogson tells a story of taking clients around the track at Silverstone in a demonstrator car, and then managing to convince 6 of them to buy one on the spot.

Easily the best bit of the video is the scene where Pogson takes a white, sports exhaust-equipped Testarossa through a tunnel. The unsilenced exhaust note of the Testarossa’s flat-12 bouncing off the walls is just mesmerizing.

Most people old enough to remember the 1980’s remember the Testarossa not just for its appearance on Miami Vice, but also for its popularity as a poster. On bedroom walls across the world, the Testarossa competed for real estate with both supermodels and other supercars – the Porsche 959, Ferrari’s own F40, and of course, the Lamborghini Countach.

But unlike the supermodels of the 80’s, the Testarossa looks as striking today as it did then. And while the 959, the F40 and the Countach sell for the upper end of six-figures nowadays, a decent Testarossa can be had for no more than $60,000.

That may still sound a bit pricey, but as the video shows, the Testarossa isn’t timeless – instead, it’s a gateway into another time entirely. It might just be worth the price of admission.