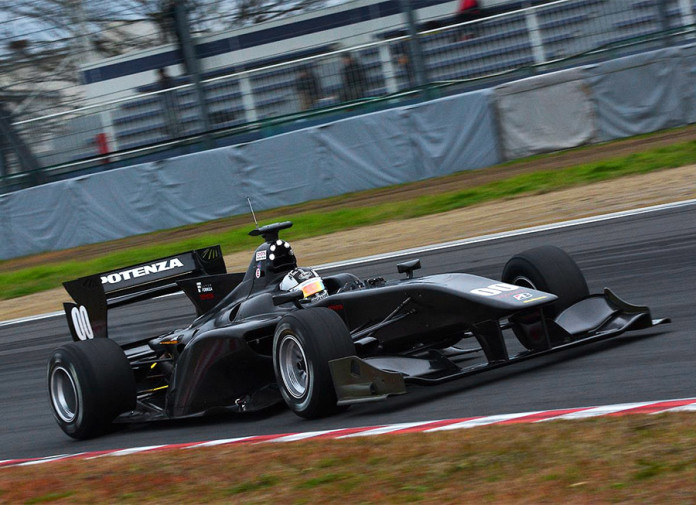 Track records are meant to be broken. That’s true even more so at the Tsukuba Circuit, which is the time attack capital of Japan. The official lap record stands at 51.127 sec by Tomohiko “Under” Suzuki, but watch Kamui Kobayashi obliterate that in a Dallara SF14.

This video from Toyota GAZOO Racing documents Kamui’s record-breaking run around Tsukuba’s tight and twisty 2.045 km circuit. It beautifully does so from multiple camera angles plus a heart rate indicator that peaks at 178 bpm.

The ex-Formula 1 driver started with a time of 44.540 sec. But with help from his engineers, some set-up tweaks, and the right set of tires from Bridgestone, they were able to get it down to set a new record of 44.008 sec. Kamui, however, reckons that he can reach 43, but that will have to wait for another attempt later in 2016

Obviously, Suzuki’s Scorch Racing Nissan S15 is no match to a 550 hp single seater Super Formula, but it’s still a sight to see the speed difference between these 2 very different animals. If you want to be technical, the previous Tsukuba lap record for single seaters was 46.935 sec. This was set by Yuichi Wakisaka in a Reynard 99L Formula Nippon 2002, which is still a massive 2.927 sec slower than Kamui’s lap.