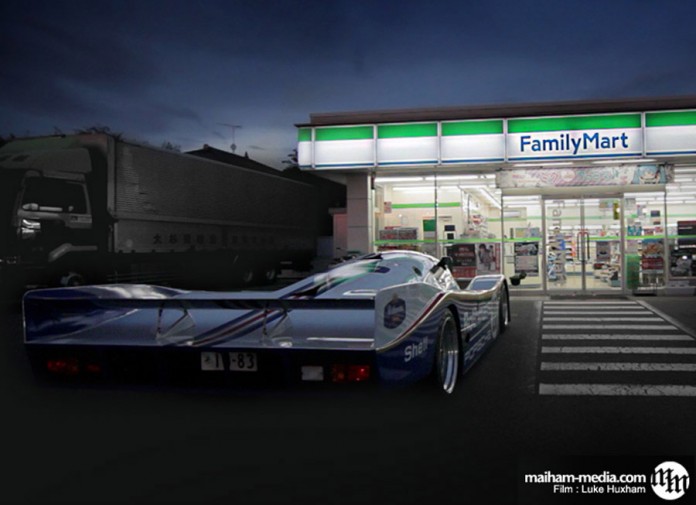 “Wins Le Mans, and gets groceries, too!” There are very few cars that fit both bills. Japan’s Maiham-Media.com and Motorhead magazine allow us a peek at one of the most iconic race cars of the last 25 or so years, the Porsche 962, do a quick 400 km/h run to the nearest convenience store.

Every so often, the Japanese try to redefine the term ‘batshit crazy’. With that purpose in mind, what better car to use than one that could actually put Formula 1 cars of the era to shame. A car whose bodywork made it the first to put ground effects to full use, a car that would do 0 to 100km/h in 2.6 seconds… all in 1st gear. To have an idea of just how much engineering went into these machines, picture for a minute that whatever Formula cars could do then, these things did beautifully, for 24 hours at a time, and at speeds today’s high end performance cars can only hope to hit.

This is actually a precursor to the story we posted on ‘Car Maniacs roam the streets of Japan with Le Mans prototypes’. And the road-legal Group C Porsche 962 seen here is the exact same one from that equally-mental video. Here’s what 8-minutes of pure heaven feels like.