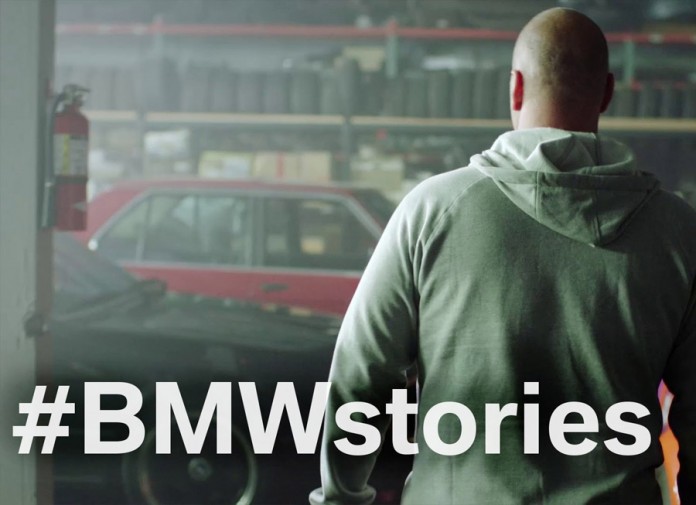 Stories tell of a secluded California full of classic BMW’s, owned by a man known only as ‘The Collector’. Just who is this mysterious person? A short film from #BMWstories gives us a closer look at The Collector and his secret passion.

“We never had a lot of money growing up,” recounts The Collector. “When I was 17, I was homeless.” His story seems like a far cry from where he is today: owning a mouthwatering BMW collection, along with a whole selection of rare BMW parts.

Nothing can really prepare even the most well-seasoned BMW connoisseurs for the sheer amazement that comes with stepping into The Collector’s garage. Various Bimmers built between 1960 and 1988 are present, from the 1600 to the original E24 M6. There are even a handful of ultra-rare specials made by tuning house Alpina, as well as an AC Schnitzer widebody 2002. There are currently 45 cars in the collection, with 10 more serving as parts donors.

The Collector’s love for BMW dates back to the late ’80s, lovestruck as an E30 M3 passed him on the freeway. In the heyday of the DTM racing series, the M3 battled for position with its main rival – the 16-valve Mercedes-Benz 190E. Today, The Collector has a silver M3 as part of his garage, which he drives regularly.

“I buy the cars because I want to enjoy the cars. Not just from a visual perspective, but also enjoying driving them,” he says.

The E30 M3 isn’t the only car in the collection with racing heritage. The Collector’s most prized possession is a 700 RS, the first of only 2 built (the 2nd car is owned by BMW themselves). Hans Stuck, the legendary German racing driver, won his last German Hillclimb Championship using the very car that is part of The Collector’s garage today.

The Collector believes that each individual part of a car has its own story, be it a key chain or an entire engine. “I’ve always loved to collect little things that intrigue me,” he says, adding that the treasure hunt for all-original cars and rare parts is what attracts him to the automotive hobby.

Managing such a large collection of rare cars, requiring equally rare parts to service them, is no easy task for just one person. The Collector has assistance from a full-time shop manager, whom he says is “like a little brother.”

For unknown reasons, The Collector wishes to remain anonymous. It somehow adds to the appeal of the 6-minute long video – there’s an air of mystery that seems to captivate, as if telling people to listen to the whole story. The film only scratches the surface, and the curiosity it leaves behind is a persistent feeling.

Perhaps the closest we get to understanding The Collector is his shop manager’s description of him: “his soul is BMW.”