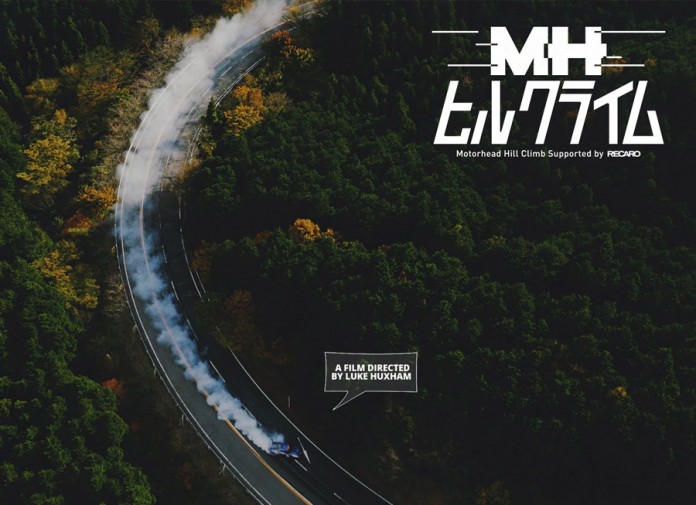 You’re relaxing on top of a mountain, enjoying the scenery, breathing in the fresh air. Suddenly, the peaceful atmosphere is shattered by roaring engines and screeching tires. That’s exactly the scene at the Motorhead Hillclimb in Hakone, Japan.

In late 2013, Japanese magazine Motorhead teamed up with director Luke Huxham of Maiham Media to create a short film called ‘Life with Le Mans’. The video, which currently has almost half a million views on YouTube, featured a trio of Le Mans race cars driving around the streets of Japan.

Sticking with the ‘race cars-on-public-roads’ idea, Motorhead and Huxham again collaborated on another project. This time, they closed down the Hakone turnpike, a popular driving destination for Japanese car enthusiasts. But it wasn’t just for some typical Sunday cruise. No, it was something much, much more exciting: a hill climb event featuring an assortment of racing machines.

“Turn up your speakers,” says a message at the beginning. Heed this request and you’re treated to the sound of a Super GT-spec BMW Z4 going through the gears as it makes the 8 km ascent up Hakone.

Sponsored by Recaro, the Motorhead Hill Climb features cars used in various forms of competition, from a Group N rally Subaru Impreza to a beautiful classic, the Ford GT40. Big-name racing personalities are also there, such as 2011 and 2014 Super GT champion Nobuteru Taniguchi, and Seiji Ara, who drove for the Audi Sport team that took the overall 2004 24 Hours of Le Mans win.

Unlike racing on the track, a hill climb event poses some challenges. Among the hazards are blind corners, a narrower, less smooth road surface, and no runoff areas. Still, the set of drivers assembled by Motorhead seemed to be unfazed by the danger, with some hitting speeds of well over 200 km/h. Drift driver Masato Kawabata is even sideways for his entire run, even through a long, sweeping curve – a curve that just happens to be on a bridge situated over a deep valley.

The Motorhead Hill Climb film is a brilliant effort from Motorhead and Luke Huxham. This and Life with Le Mans are two are tough acts to follow, but I’m not alone in anticipating their next collaboration. Until then, I’ll be endlessly clicking the replay button.