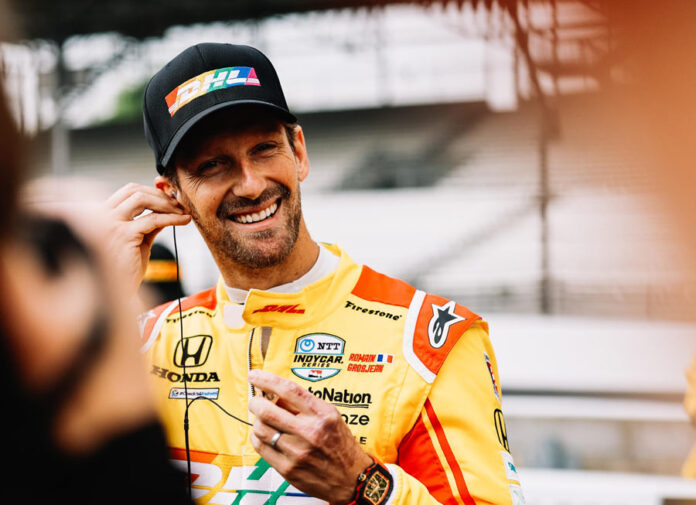 179 race starts, 59 points finishes, and 10 podiums. Stats-wise, it really seems like Romain Grosjean enjoyed a rather colorful career in Formula 1 that lasted 10 seasons long. But in 2021, the year after his infamous crash at the Bahrain GP, the ex-Lotus F1 and ex-Haas F1 Team driver decided to make the big switch and move stateside to race in IndyCar.

GoF1 Show and Matthew Marsh got the chance to catch up with the Frenchman to see how he’s adjusted to racing (and life) in the USA. What’s makes this interview interesting is how Romain is able to speak his mind, unrestrained by the ultra-strict PR bubble once set by Formula 1. Here he gets to talk freely on the differences of the machines underneath him, the approach to racing, and driving style. Unsurprisingly, the Andretti Autosport driver shares his newfound love for the top American racing series and how different life is compared from the seriousness of Formula 1.

Watch this casual chat of the GoF1 Show with Romain Grosjean and understand why he enjoys his new life in IndyCar.

Subscribe to the GoF1 Show on YouTube to watch live-streamed debriefs after every Grand Prix with current and former drivers, technical experts, and experienced journalists.