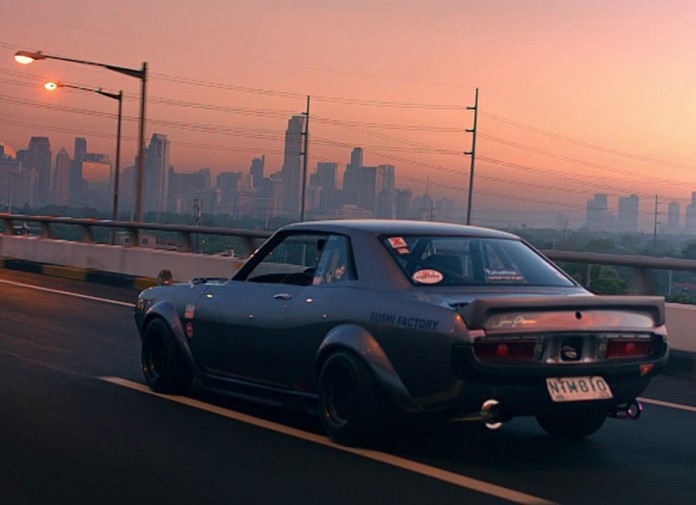 Sometimes we have to make up reasons to justify doing certain things. For our friend, film maker and car nut Jam Jimenez, he gave us one that would keep us up all night though film.

The result is Skychase – a 360 second documentary that’s really more like a Japanese Gravure-idol video for all things Sushi Machine related. It looks as professionally done as can be, but in reality it was filmed guerilla style with zero budget. Consider it a labor of love done by real car guys who wanted to convey in a short film a little bit of what the Sushi lifestyle is like.

“We run at midnight,” said Jam.

“Passion projects are often like children. We try to pour as much of ourselves into them and mold them into this perfect shape that we have in our heads. But the reality is that what they eventually turn out to be is the result of the combined influences of everyone around them, turning them into something more.

“Passion projects, like children, don’t always turn out exactly how you imagine them to be but they make you infinitely proud nonetheless. Skychase was very much a passion project for me and I am very grateful for the people who have helped me and have stood by me as it took shape in the year or so that it took to get from blurry idea to high definition upload.

“It took a while, almost too long but after several months of sneaking in time at the office to work on it, here it is”

Don’t miss the gratuitous, drool worthy shot of the Sushi Machine Celica cruising down the Skyway with the rising sun in the horizon at the very end. As if you needed a reason to do that, other than it being really cool.