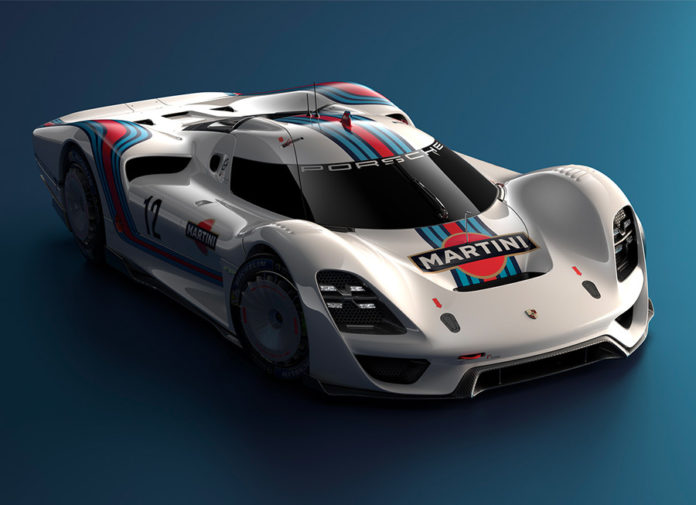 The long tails dominated Le Mans in the ’60s, ’70s, and ’80s back when the Mulsanne Straight was still a full 6 km stretch. One such machine was the Porsche 908 LH (Langheck or Long Tail) that ran during the glory days of the famed 24 hour race. Modern endurance racers, however, are no longer made as beautifully so a team of designers decided to make their own modern interpretation.

The Porsche 908-04 Concept rekindles our love affair with the long tail. It borrows design cues from the 918 Spyder and Mission E concept, slapped with the iconic long tail from the 908 LH. But unlike modern supercars or hypercars, the 908-04 Concept isn’t built around fancy hybrid tech, complex aero, and sophisticated electronic aids.

“We wanted to create a car that nobody makes anymore. A ‘back to basics’ kind of feel, mainly focused on generating a feeling for the love of racing,” the designers explained.

“A car for real ‘Car guys’ and ‘Piston heads’ just like us. A car that would give you goose bumps just by imagining yourself driving it. Forget about sequential transmission with paddles shifter, there’s nothing like a good, old mechanical shifter. A purely manual car, like many Porsche guys miss nowadays. We wanted to give it an advanced look with a truly mechanical soul, the ‘form follows function’ ideology of Porsche.”

The 908-04 Concept is also not a mere design exercise that’s never meant to hit the production line. It was put together in such a way that in case someone (like Porsche) does decide to built it, they can.

See more of the Porsche 908-04 Concept at PorscheVisionGT.com