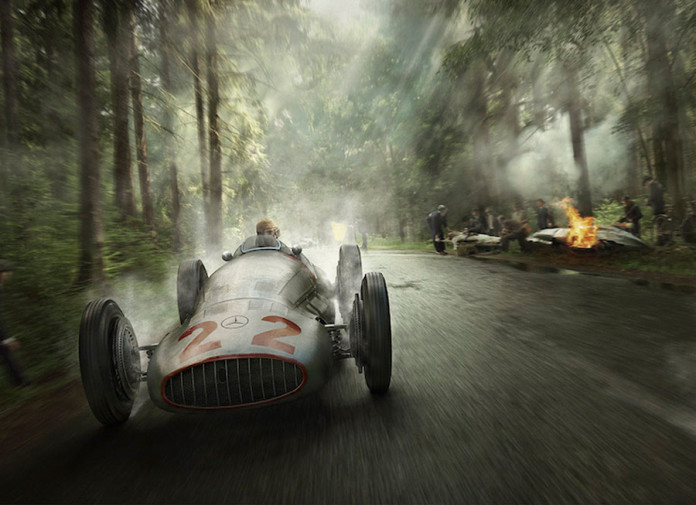 The 1934 German Grand Prix was an important race in motorsports history. It was the debut of the legendary “Silver Arrows,” a nickname given to the race cars of Mercedes-Benz, and later Auto Union, which were left unpainted to save weight.

The 2 German teams dominated the Grand Prix scene up until the outbreak of the Second World War in 1939. 80 years on, The Silver Arrows Project takes us on a journey into this exciting era of motorsports.

These days, drivers like Lewis Hamilton, Sebastian Vettel, or Fernando Alonso are the most talked-about people in motorsports. But what of the superstars of old, like Tazio Nuvolari and Rudolf Caracciola? The Silver Arrows Project, conceptualized by Jan Rambousek and Tomas Kopecny, doesn’t just preserve the history of these legends; it injects new life into them too.

Using a combination of photography and advanced computer-generated graphics, The Silver Arrows Project seeks to “provide detail that could never have been captured with the photographic technology of the time.” There is painstaking attention to detail involved in the process, and even the tiniest suspension components are rendered accurately.

The finished product is equal parts video game screenshot, painting, and photograph. The images are all beautifully rendered and tread the boundary between imagination and reality. It’s as if one were actually there to witness Bernd Rosenmeyer set records in his Auto Union streamliner on the AVUS Circuit, or at the scene of Richard Seaman’s fatal crash at the 1936 Belgian Grand Prix.

Check out the 12 snapshots from The Silver Arrows Project below.