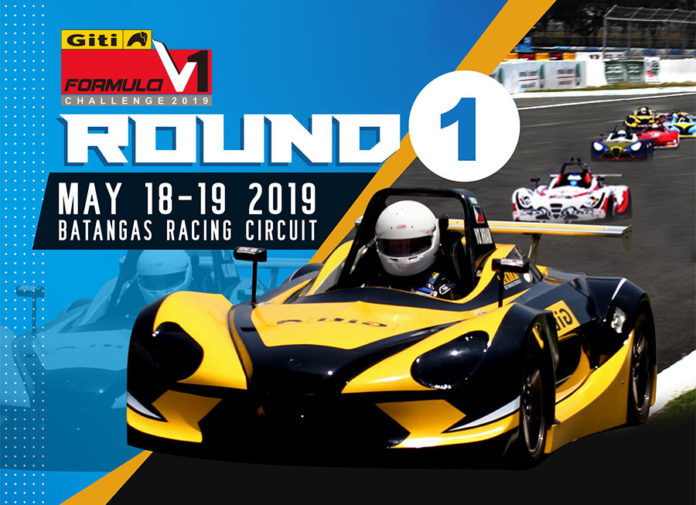 Tuason Racing, the organizer behind the Giti-Formula V1 Challenge, is quick to follow up on the success of its home-grown single-seater series with yet another year of racing. This time, its entry list would have grown to 16 drivers in 14 teams for the 2019 curtain raiser at the Batangas Racing Circuit (BRC) on May 18/19.

With its new fuel partner Phoenix Petroleum, the grid is once again split between the Pro and Am Class drivers. Stefan Ramirez of Fourth Floor Racing and Paolo Mantolino of the Ethanworx Racing Team have returned for another year while the rest of the Pro Class entries are new. Joining them in the 7-car race are lady driver Gaby Dela Merced, Raymond Ronquillo, and reigning Am Class champion, Jussi Hoikka.

It’s a similar story in the Am Class where 4 out of the 9 drivers will make their FV1 debut this weekend. After many successful years in karting, Alex Brown, Cesco Dino, and Jerry Choi are all finally moving up to single seaters despite them being in very different stages of their motorsport careers. But the most notable newcomer so far is Raffy Rabe who won a sponsored drive through the Phoenix Young Drivers’ Program. 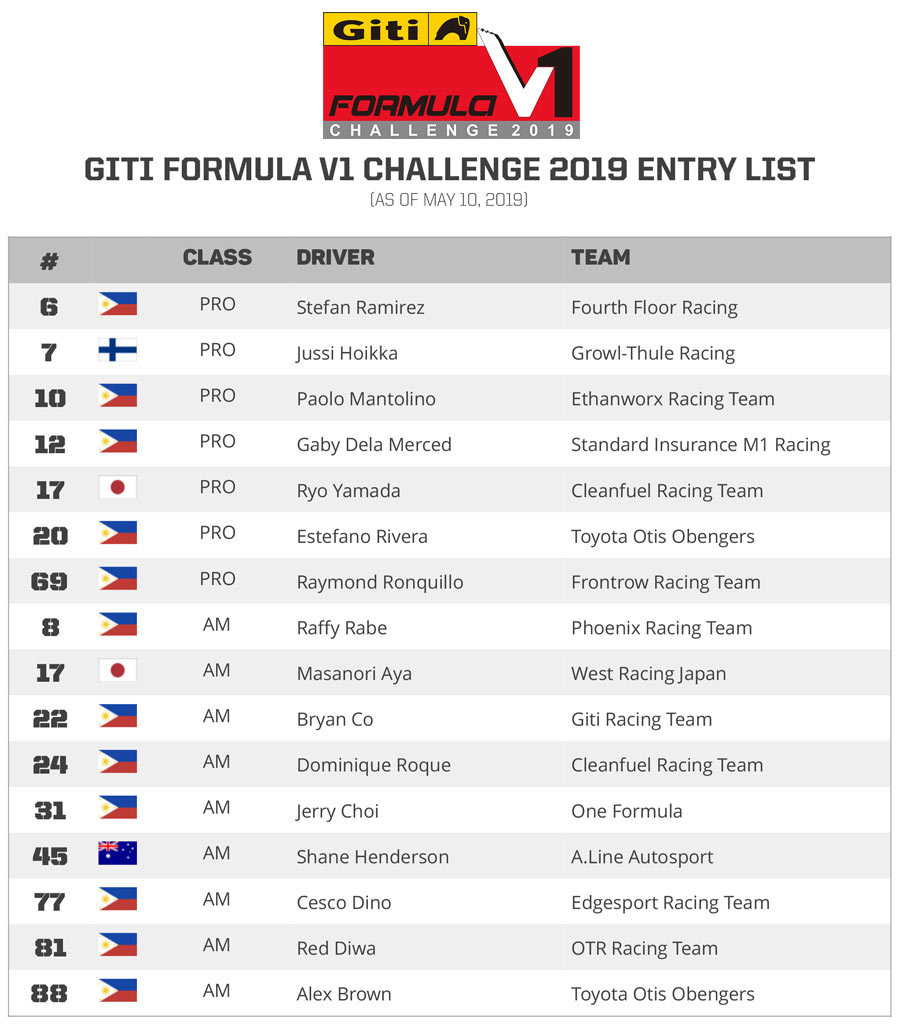 “With the growth of grassroots motorsports spearheaded by Toyota’s Vios Cup One Make Race program, racing is coming back with a vengeance. We at Tuason Racing in our long years in the motorsports business have always believed that Filipinos are made for racing, given the right opportunities and training, we can be a major player in any grid around the world. So when the this opportunity crossed our paths 3 years ago, we believed that this is the next important step in rebuilding Philippine motorsports and making Filipino Global Racing Champions,” said JP Tuason, Tuason Racing CEO.