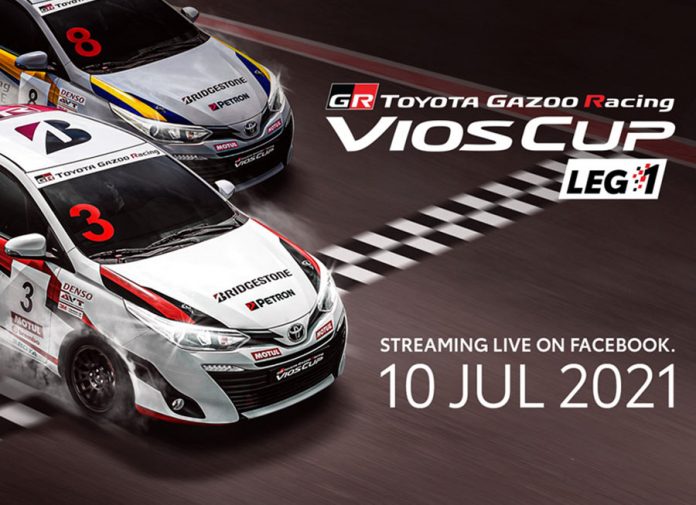 This is the comeback we’ve all been waiting for. After the long break (no thanks to the COVID-19 pandemic that canned the 2020 season), Toyota Motor Philippines is finally ready to go racing again. Their one-make-series is set to kick off its 7th season this weekend with 24 entries confirmed for the Toyota GAZOO Racing Vios Cup’s first event.

As in previous years, there will be an Autocross Challenge to fill in the gaps between the festivities. But what we’re really interested in is the main Circuit Championship that utilizes the full 4.189 km Clark International Speedway (CIS).

New for 2021 is the return of the top-tier Super Sporting Class reserved for the most experienced and most capable drivers on the grid. These ‘modified’ Vios OMRs are supposed to be ‘substantially quicker’ than the rest of the field and can be distinguished via their faux fiberglass headlights. A total of 6 cars will be ready for the season opener with JBT Racing, Obengers Racing, and Toyota Dagupan entering 2 entries each. Red Diwa of JBT Racing, who happens to be the reigning Sporting Class Champion, should be the man to beat as he aims to repeat his success this year.

The Sporting Class, on the other hand, consists mostly of promising young drivers that should guarantee a lot of waku-doki action on track. Series newcomers Joaquin Garrido, Jacob Ang, Iñigo Anton, and Miguel Quiñones are all still in their teens but are already well-accomplished drivers in karting and cars. They will then be joined by Julian Tang, Elysse Menorca, and Darrel Garbes who finished 2nd, 3rd, and 4th respectively in the Promotional Class championship of 2019.

Bringing up the rear are the Promotional Class runners that are 11 cars strong for the curtain raiser. For some reason, they’ve now ditched the Celebrity Class entirely hence the likes Fabio Ide, Daniel Matsunaga, and Troy Montero will all now be lumped together in this category.

Noticeably missing from the list is the entire quad from Toyota Team Cebu (TTC) with good reason. As we found out, our friends from the Queen City of the South have opted to sit this one out as they wait to be fully vaccinated but should make it in time for the next event. 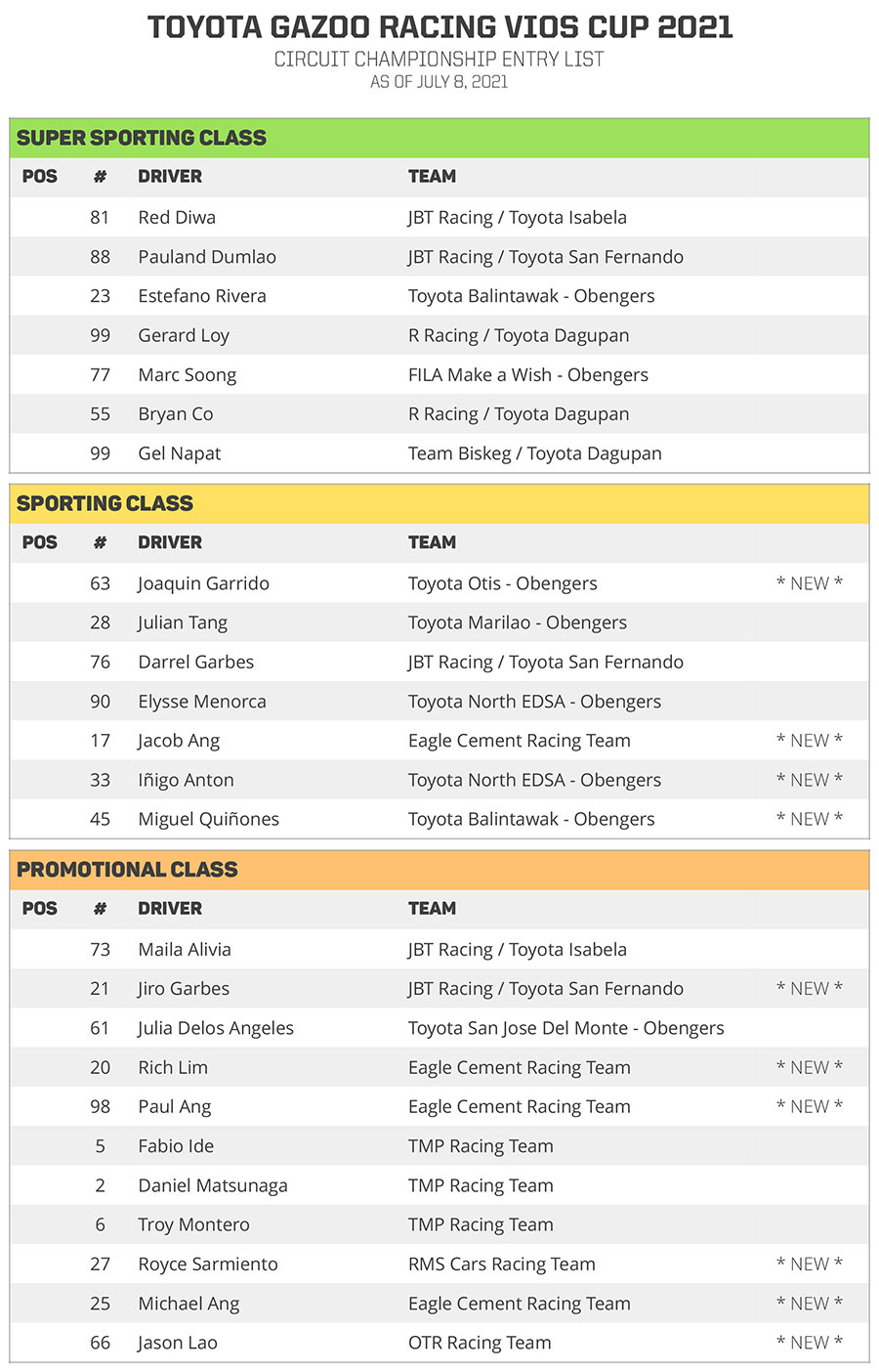 The first leg of the Toyota GAZOO Racing Vios Cup 2021 takes place this July 9/10 followed by succeeding events on September 10/11 and November 5/6. Sadly, this weekend will be a strictly closed-door affair with no public spectators due to safety protocols. What’s good though is that the races on Saturday will be livestreamed via Toyota Motor Philippines and Toyota GAZOO Racing PH on Facebook.