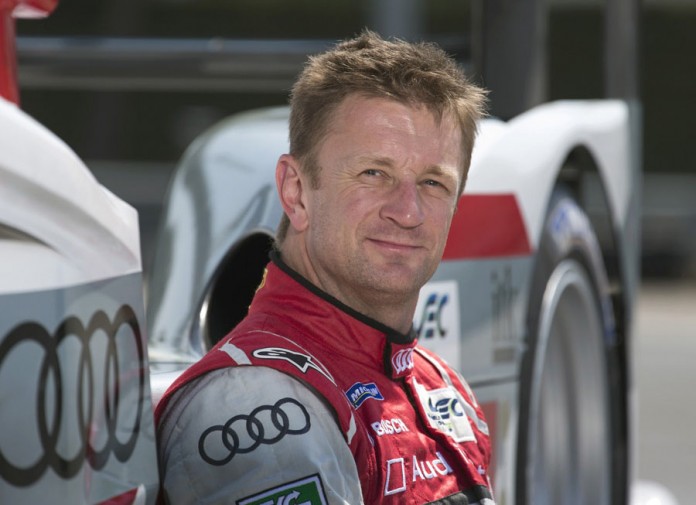 It is with great sadness that we bring you news of Allan McNish’s retirement from motorsports. But after winning the 24 Hours of Le Mans and American Le Mans Series thrice each, and the World Endurance Championship once, I guess it’s time to call it a day.

“As a racing driver it’s important to stop [racing] at the right time when I’m still fast and capable of doing the job and the timing feels right after winning Le Mans for a third time this year and claiming the World title,” said McNish about his retirement. “I’ve won the championships and races I wanted to win and frankly there’s no better way to end my Audi sportscar race career than going out as a World Champion.”

Yeah, tell that to a certain Mr. Michael Schumacher.

Our second-favorite Scottish race car driver (David Coulthard being the first) has enjoyed a colorful 33-year career in motorsports, 14 of which he spent racing for Audi. This guy won the American Le Mans Series (ALMS) in ’00, ’06, and ’07. More remarkably, he’s raced in the Le Mans 24 Hour with Audi for 11 years, winning in ’08 and ’13. And the very last title McNish added to Audi’s trophy cabinet is this year’s FIA World Endurance Championship (WEC).

That pretty much merits McNish to be called Audi’s adopted son, doesn’t it?

But he didn’t spend all his time in sports car racing. In case you didn’t know, McNish had a stint as a test driver for McLaren back in ’91 and reserve driver for Benetton in ’93. A full season in Formula 1, however, didn’t come until almost a decade later when he raced for Toyota in ’02.

Allan McNish’s retirement from motorsports mean that we won’t see him compete in the 24 Hours of Le Mans next year. But, he did say that he’ll still be around to assist the Audi team in their races, so don’t start missing him just yet.

May we wish you the best Allan, and enjoy your well-deserved break.